Thursday, February 2
You are at:Home»News»Sarawak»Asadia out to preserve ‘bungai jarau’-making skills among younger Dayaks
For the freshest news, join The Borneo Post's Telegram Channel and The Borneo Post on Newswav. 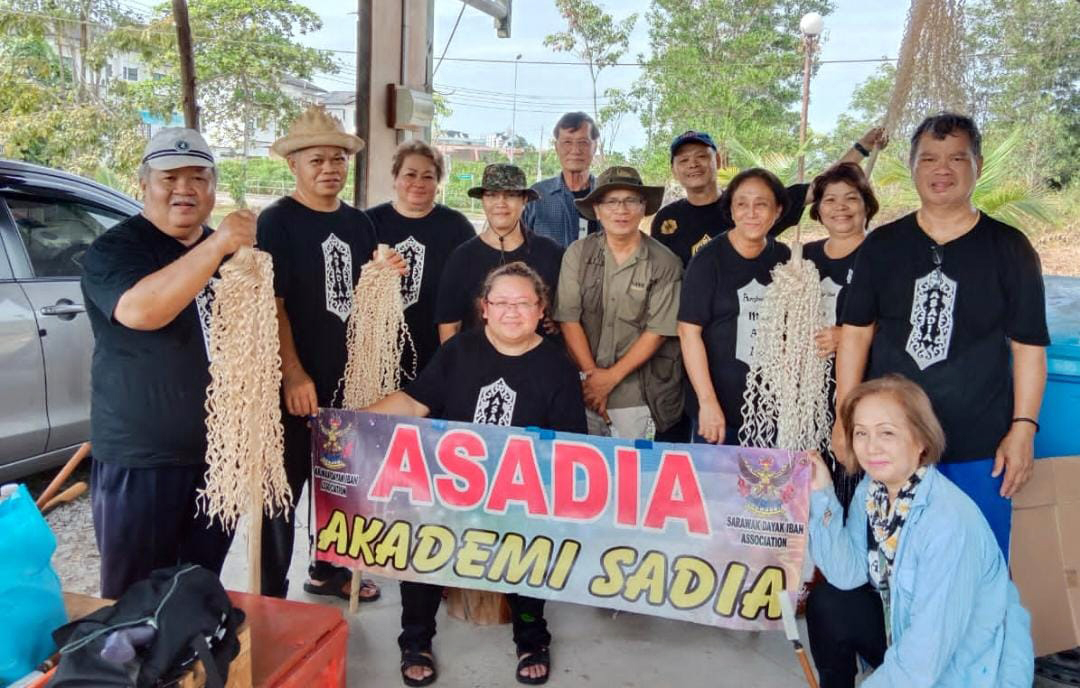 “The younger generation Dayaks should learn ‘bungai jarau’-making skills to ensure it will not become extinct in the future.

“In the olden days, ‘bungai jarau’ served as a warning message to inform about a planned attack on a longhouse or a place.

“The party planning the attack would tie a charred wood together with ‘bungai jarau’ that will be planted at the path to the river or the road used regularly by the targeted longhouse’s residents,” he said.

Mabong explained further that when the longhouse residents saw the ‘bungai jarau’, they would get the message that the enemies were coming.

“This also gives the opportunity for women and children of the targeted longhouse to evacuate or hide before the enemies arrive,” he said.

For the Orang Ulu community, Mabong said ‘bungai jarau’ was used to hang the skulls and as path markers when walking in the jungle.

He said today, it served more as an ornament to decorate houses or places used as venues for special ceremonies or festivities.

“Learning how to make it is a good way to preserve ‘bungai jarau’ art. Besides, ‘bungai jarau’ can generate income if one has the skill to make it because it receives good demand especially when there are festivities,” he added.