Monday, February 6
You are at:Home»Health & Environment»‘Bak kut teh’ can potentially cause liver damage when mixed with medication, finds Australian study
For the freshest news, join The Borneo Post's Telegram Channel and The Borneo Post on Newswav. 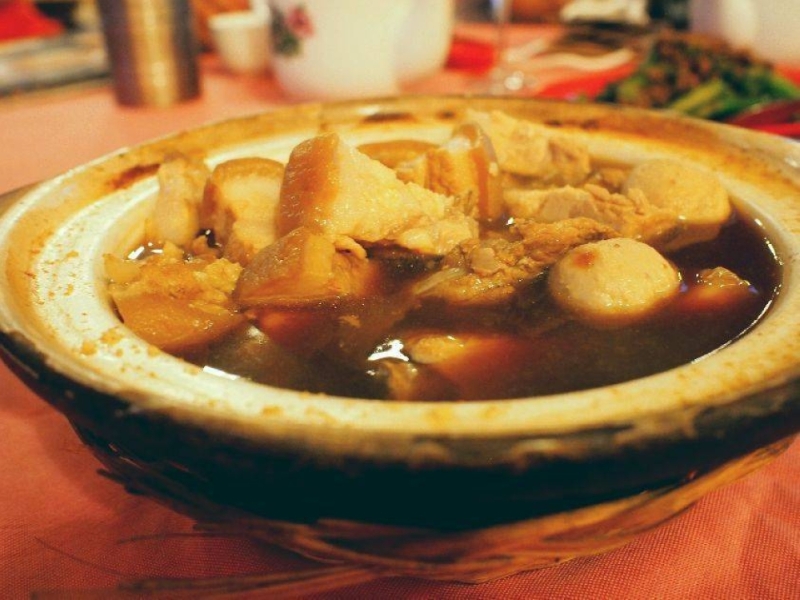 New study finds that bak kut teh may cause liver damage when mixed with prescribed drugs. — File photo by Helen Ong

KUALA LUMPUR (July 13): The popular bak kut teh has the potential to cause liver damage when clashed with prescribed drugs, Australian researchers found.

Scientists from Adelaide University conducted a study on four locally-purchased packets of pre-made bak kut teh to evaluate if the herbal soup causes any potential liver damage.

As a result, the study, which was published in Forensic Science, Medicine and Pathology journal last month, found that all four packets of soups demonstrated significant toxicity to the cells.

It said the soup ingredients when mixed with liver cells killed up to 83 per cent of cells.

Speaking to ABC Radio Adelaide, researcher Prof Roger Byard said one of the soup samples killed 83 per cent of cells exposed to it in undiluted form and even when diluted 10 times, it killed 15 per cent of the cells.

He said all the packets contained different ingredients, including vague terms such as spices, pepper and salt.

Because of that, he said it was unclear what exactly in the soup could cause liver damage.

Prof Byard also noted that the study result should not cause panic.

“Obviously, a lot of people have this soup and don’t have a problem. In fact, I love this soup.

“I’ve had it for years but stopped taking it.” The study also builds on similar results about the toxic effects of herbal medicine on the liver when contracted with prescribed medication.

“But if anything has a therapeutical effect, it can have a therapeutical side effect and there’s a whole lot of things that happen like herb-herb interactions or herb-drug interactions that we just don’t know what’s going on and that’s the scary thing for me I think.” The study concluded that not only herbal therapeutic agents may be responsible for in vitro hepatotoxicity but that this may also extend to herbal food such as bak kut teh.

It said such results should not come as a surprise as a number of herbal products may interfere with a variety of metabolic pathways. – Malay Mail

Previous ArticleDuo caught in possession of 18,700 litres of diesel in Padawan
Next Article Abdul Karim: 573,619 visitor arrivals in Sarawak from Jan-June 2022