Tuesday, August 9
You are at:Home»News»Crime»Duo caught in possession of 18,700 litres of diesel in Padawan 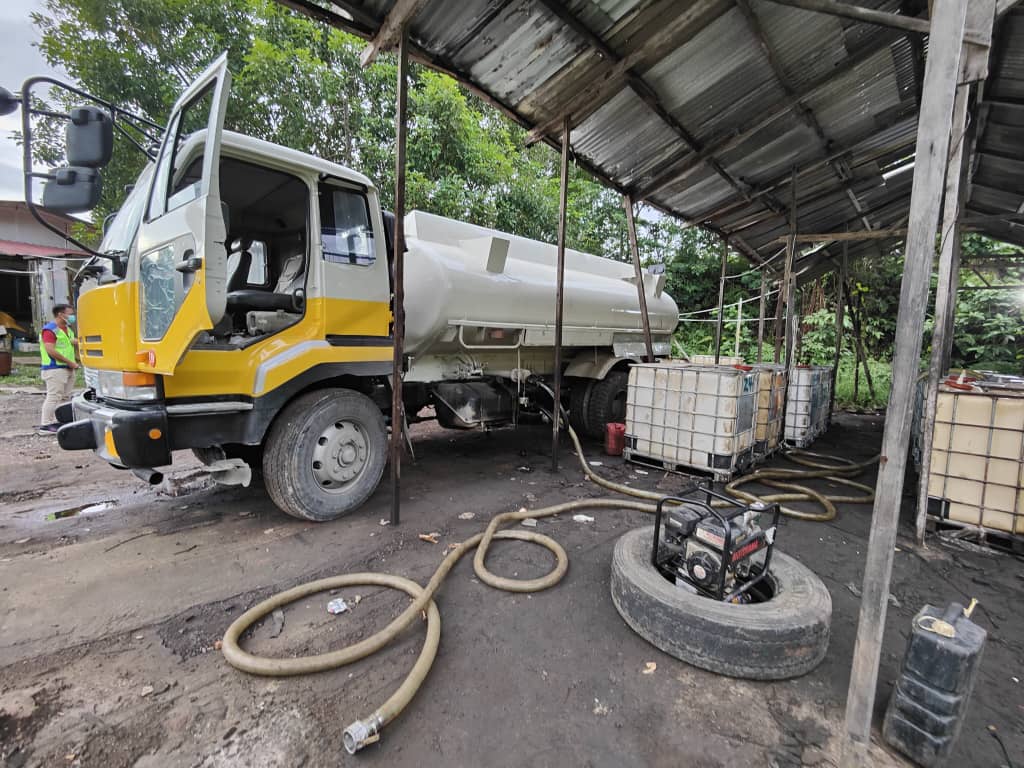 A police photo showing the tanker and the plastic containers which contained diesel.

KUCHING (July 13): The Sarawak Marine Police have arrested two male suspects aged 20 and 32 after they were found with 18,700 litres of diesel at a fuel depot in Pangkalan Baru, Padawan at around 6pm yesterday.

Padawan district police Supt Abang Zainal Abidin Abang Ahmad in a statement today said they arrest was made after the suspects failed to provide the authorities with documents for the possession of the diesel.

“The two suspects failed to provide the relevant documents from the Ministry of Domestic Trade and Consumer Affairs to own, keep or transport the diesel,” he said.

Also seized by the police was a pump used by the suspects and a tanker.

Prior to their arrest, Abang Zainal Abidin said the two suspects were in the process of transferring the diesel – stored inside 27 plastic containers – into the tanker.

He said together with the diesel, the total seizure is estimated to be more than RM290,000.

The case has been handed over to the Ministry of Domestic Trade and Consumer Affairs for investigations under the Control of Supplies Act 1961, he added.