Tuesday, February 7
You are at:Home»Sports»Athletics»Lift Sri Aman’s name with pride, athletes from divisions called
For the freshest news, join The Borneo Post's Telegram Channel and The Borneo Post on Newswav. 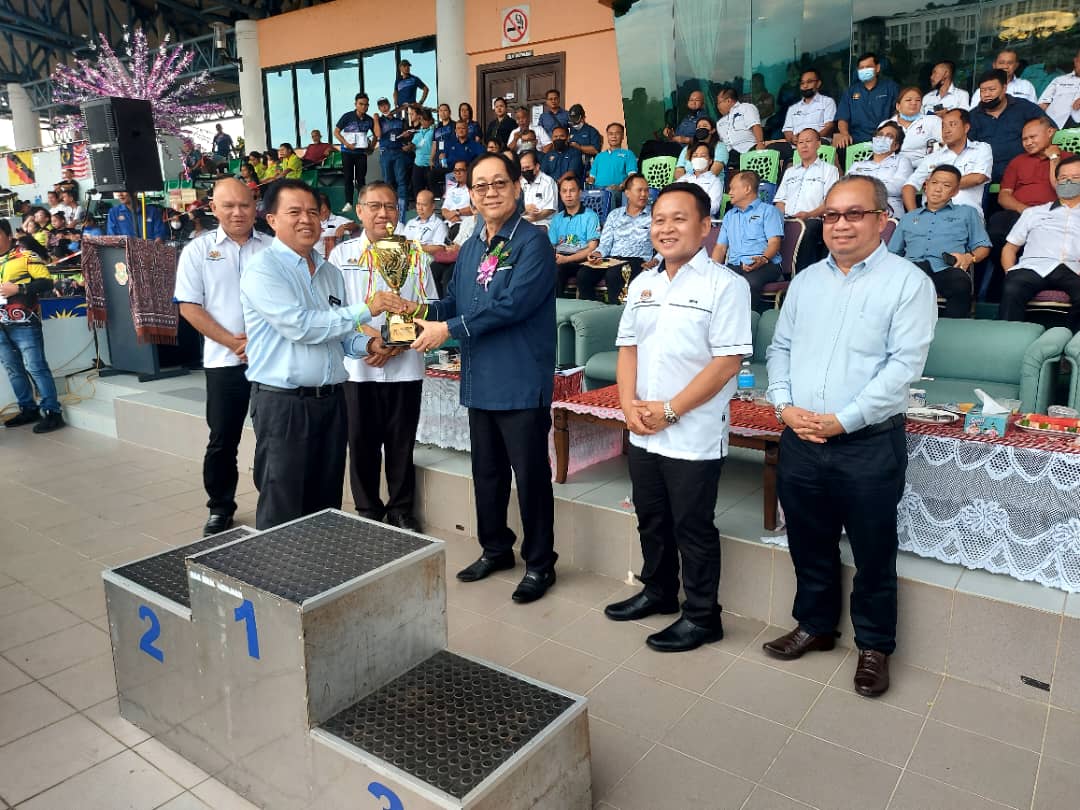 The Simanggang assemblyman also hailed the two athletes as among successful Sarawakians who had made it to the international arena.

Buda, 49, bagged the silver medals at the 12th World Bodybuilding and Physique Sports Championships in Tashkent, Uzbekistan in October last year and also at the SEA Games in Hanoi, Vietnam in May this year; while the 23-year-old Daeloniel emerged the Men’s 57kg champion in a world championship in Pakistan recently after defeating local boxer Sikender Abbasi with a technical knockout (TKO).

“They are fine examples of athletes who have achieved international fame and they are an inspiration to others striving to be the best.

“I hope more athletes from Sri Aman, Lubok Antu, Engkilili, Pantu and Lingga could make certain events as the icons or identities of Sri Aman Division, those that would always stand out among the rest.

“Successful athletes can make a name for themselves, and also introduce Sri Aman Division to the national arena and then, to the world stage,” he said at the closing of the 56th Sri Aman Division Schools Sports Council (MSSB) Athletics Championship at Sri Aman Sports Complex recently.

On the inter-school tournament, Harden said the aim was not merely to determine the winners, but more importantly, to provide an indirect education to the student athletes: that success could only be achieved through hard effort, perseverance, careful planning and sacrifices.

“Success is not easily achieved, except through constant struggles.

“This tournament is also a platform advocating unity, forging a strong sense of respect and also spirit of high cooperation.

“The ultimate goal is to form citizens who are strong-minded, patriotic and able to help one another,” he said.

Francis also pointed out that ongoing sports activities could prevent students from being involved in unhealthy activities, adding that through mental and spiritual preparations and training, any athlete could be instilled with high competitiveness and enthusiasm.

“We must realise that through sports activities, we are able to develop quality human capital and people with first-class minds who will be the leaders of the country in the future.

“Sports activities will not only produce students who are physically healthy, but also have active minds.

“Sports activities are also able to foster inter-racial unity among members of the plural society in Malaysia. Unity is the key to Malaysia’s success to be known internationally. The people must not neglect the importance of unity towards building a successful and harmonious Malaysia,” added the deputy minister.

In the primary school category, the top contingent was Lubok Antu Zone, with Engkilili Zone and Pantu Zone placing respective second and third.

Notably, 18 new records were created in the five-day championship, which involved student athletes from primary schools in eight zones, and seven secondary schools.

Hosted by SMK Melugu this year, the event also served to select athletes set to represent Sri Aman in the state-level championships.