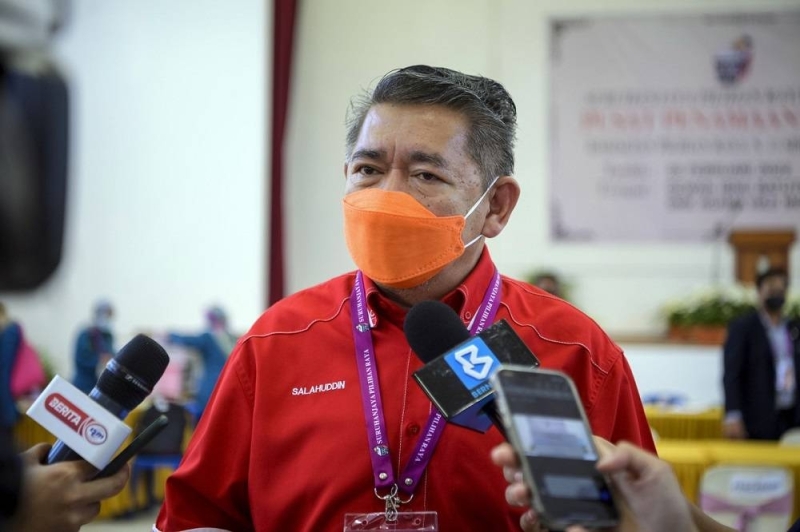 Salahuddin said that the seizure of the two subsidiaries in Azerbaijan is a matter of urgent public importance, and that Prime Minister Datuk Seri Ismail Sabri Yaakob must come forward and provide an explanation on the matter. – Bernama photo

KUALA LUMPUR (July 13): Pulai MP Datuk Seri Salahuddin Ayub has filed an emergency motion to debate the alleged court-ordered seizure of two Petronas subsidiaries by descendants of the Sulu sultanate in the next Dewan Rakyat sitting, which is due in August.

In a letter to Dewan Rakyat speaker Tan Sri Azhar Azizan Harun, the Amanah deputy president said that the seizure of the two subsidiaries in Azerbaijan is a matter of urgent public importance, and that Prime Minister Datuk Seri Ismail Sabri Yaakob must come forward and provide an explanation on the matter.

“This is a matter of public interest where the heirs of the Sulu sultanate are said to have demanded US$14.92 billion (RM62.59 billion) from Malaysia by seizing two subsidiaries of Malaysian oil giant, Petronas in Luxembourg.

“This matter must be expedited with the prime minister clarifying what legal steps have been and are being taken by the Attorney General’s Chambers (AGC) and Petronas in relation to this matter. Therefore, we need the feedback of the prime minister immediately,” he said.

He added that the matter should also be quickly debated to clarify if there are any further proceedings in different jurisdictions that still exist from the claims and arbitration proceedings by the French Arbitration Court in Paris put forward by arbitrator Dr Gonzalo Stampa.

Yesterday, international news outlets reported that Petronas Azerbaijan (Shah Deniz) and Petronas South Caucasus were seized by bailiffs after a French arbitration court ruled in March that Malaysia had to pay the descendants of the Sultan of Sulu at least RM62.59 billion.

The Financial Times reported that the seizure was part of legal efforts launched in 2017 by the heirs to receive compensation for land in Sabah they said their ancestor leased to a British trading company in 1878. – Malay Mail