Wednesday, October 5
You are at:Home»Columns»Just another point of view»Sarawak Heart Centre – Shining example of the best of our public health facilities 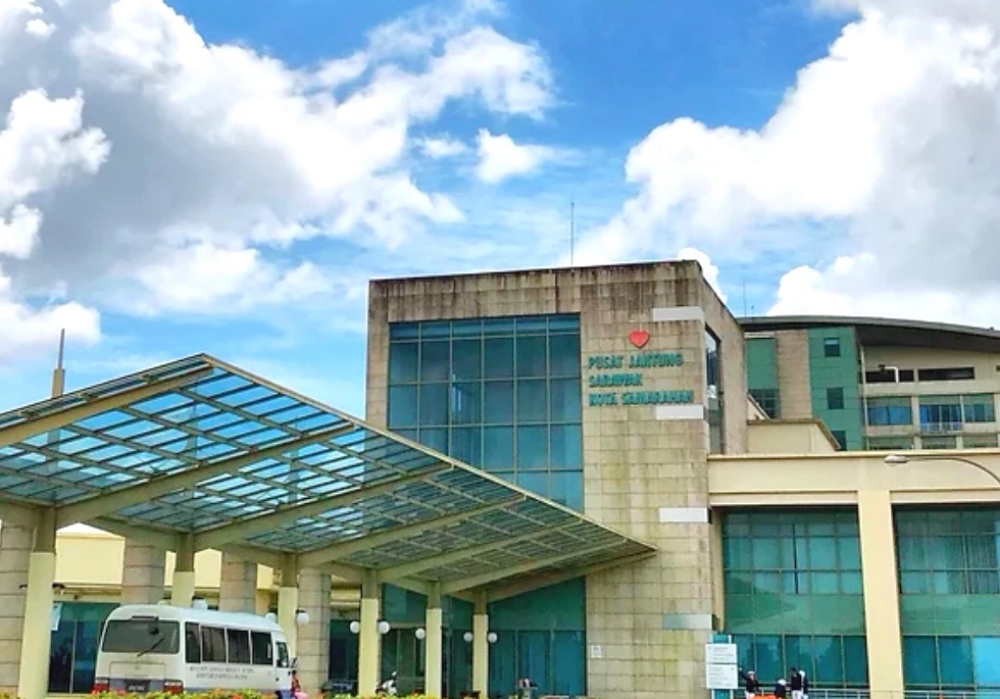 SOMETIME in September 2016, I had felt that something was not right with my physical well-being; I was having more and more shortness of breath if I had to climb a flight of steps or anything with any sort of gradient.

I couldn’t over-exert myself without feeling fatigued. At the same time, my recurring and infrequent episodes of tachycardia (rapid heartbeats of more than 120/140 over a prolonged period) had become more regular and had taken longer periods to normalise.

One day during a recce scout for a filming location shoot deep in the jungles of Long Napir right after climbing a couple of hillocks with my French/Canadian and local film crew and not looking forward to another six or seven steep hills, I had to stop and slowly made a  retreat on my own  back to our base at a small village.

It’s lucky that I didn’t risk sustaining a heart attack miles inside the thick Borneo jungle and hours away from the nearest hospital then.

When I returned to Kuching, I quickly sought consultation at the then just-established Sarawak Heart Centre (SHC) at Kota Samarahan, and was referred to Prof Dr Sim Kui Hian (now Dato Sri and the Deputy Premier of Sarawak).

The Department of Cardiology of the Sarawak General Hospital (SGH) was only set up in 2001 by Dr Sim and Dr Ong Tiong Kiam. 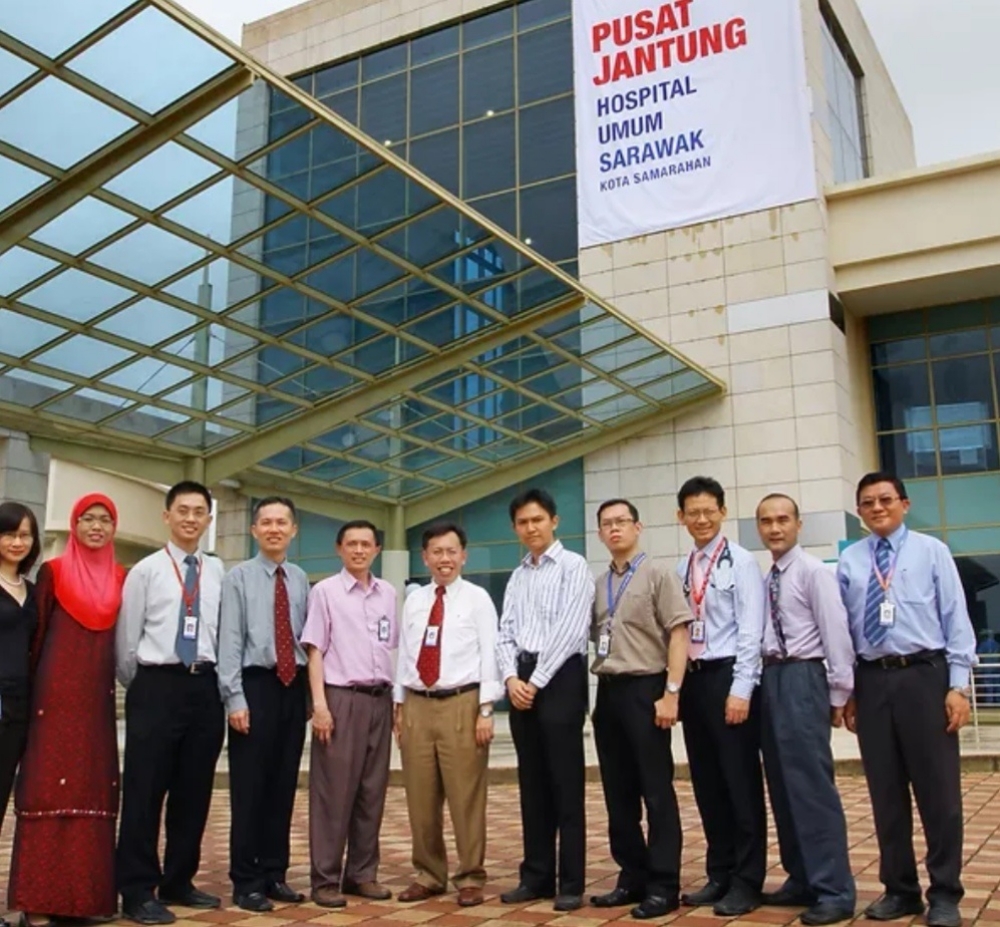 According to its website, this was the very brief history of the SHC: “Its inception was long-awaited as it meant that we would not have to continue relying on other hospitals in West Malaysia to provide specialised cardiology care for the people of Sarawak. Besides performing our core function of service delivery, we also slowly but surely carved a name in clinical research through robust participation in industry sponsored trials.”

Due to space constraints at the SGH, as well as an overwhelming need for service expansion, the services moved to the current Kota Samarahan facilities in 2011, 10 years after its inception at SGH.

That year too, Dr Sim had resigned to fully join politics as he had become the president of the Sarawak United People’s Party (SUPP), the state’s oldest political party which had been founded jointly by his late father and former deputy chief minister (1974-1991) Datuk Amar Sim Kheng Hong together with Tan Sri Ong Kee Hui, Tan Sri Stephen KT Yong and a few others.

Dato Sri Sim had only returned to Sarawak sometime in 1998 after spending 17 years in Australia. He was educated at Chung Hua Primary School No 4 and St Joseph’s Secondary School in Kuching, before obtaining his MBBS and cardiology fellowship from Monash Medical Centre in Melbourne.

Today, even though he was appointed Sarawak’s deputy premier on Jan 4, 2022, he makes it a point to spend every Tuesday rendering his professional medical services at the open consultation clinic of the SHC.

In 2015, only four years after its establishment, the SHC was given full administrative autonomy and became universally known as the Sarawak Heart Centre. This had proven both timely and a blessing for many, especially those heart patients residing throughout Sarawak who for one reason or another, had preferred to have their procedures done here locally; be it coronary artery bypass graft (CABG), stenting, or any of the entire range of surgical procedures and treatments that involve ailments of the heart.

While the full services of the centre remain under public services and the Ministry of Health’s procedures and governance, meaning that all qualified Malaysian/Sarawak citizens are entitled to the full range of services at no charge whatsoever, there are many ‘elective procedures’ that may not be life-threatening and/or not of an urgent nature, but would require intervention anyway – for those ‘electing’ to opt for these procedures, it is now possible for them to be performed at the SHC, at the full discretion of the medical team there, and upon condition on these same patients being able to meet certain strict criteria.

In plain English, you can now elect to have, say a CABG procedure, at the SHC at a specific time for an agreed (normally a ballpark figure is given) fee to be undertaken during the down-time of the staff involved and/or during the weekend.

This would usually mean quite a hefty cost-saving over what is commercially being charged in a local private facility doing the same procedure, with almost the same expertise, equipment and post-surgical care and rehab. 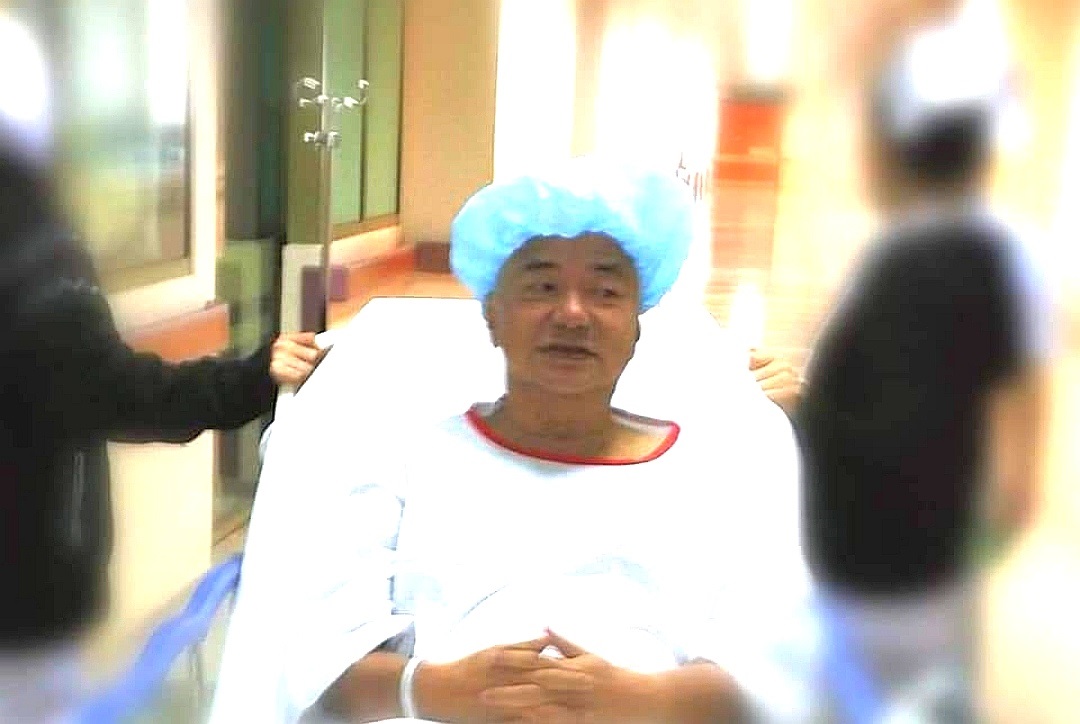 Photo taken on Nov 26, 2016, shows the columnist being wheeled into the centre’s operating theatre for his triple bypass.

I do not wish to sound like it’s all simply a matter of ringgit and sen, but let’s just say that what you pay is often what you get at the end of the day.

However, having seen and experienced both private commercial treatments as well as those of the SHC, I can personally vouch that there’s not much difference (if any) between private and public at all.

In the past, one could expect to have virtually instant service being given or rendered if one goes to a private facility; nowadays the waiting line and queue could be as long, if not more.

Facilities at public hospitals have improved and been enhanced to such a level that there’s not much difference now at all. Nursing care, medical attention and special needs requirements are all being catered for.

There are areas, of course, where private still has an edge: their food catering may be better in terms of the menus offered and selections of food (proportionately they would cost a lot more); every single item, from a box of tissues to nurse-calls and specialist attendance, would all be itemised and chargeable; the public hospice beats them here.

Comfort insofar as air-conditioning, special beddings, availability of entertainment/television channels and a somewhat shorter waiting time for some emergency services and specialised nursing attendance, are also prioritised in the private sector, which all adds on to the final invoice.

One of the major savings for those opting for public health care is on medications: virtually all pharmaceutical prescriptions are free of any charge.

As for the quality of care and expertise in training, I was told by a very experienced mentor and friend (who happened to be a Singaporean and was once the CEO of one of the island state’s largest medical care organisations) at the time of my CABG procedure at the SHC by the excellent heart surgeon Dr Jong Yuan Hsun at the SHC in November 2016, that the secret in a perfectly performed surgical procedure is not how good or qualified the surgeon might be, but how often he does the same procedure day in and day out. 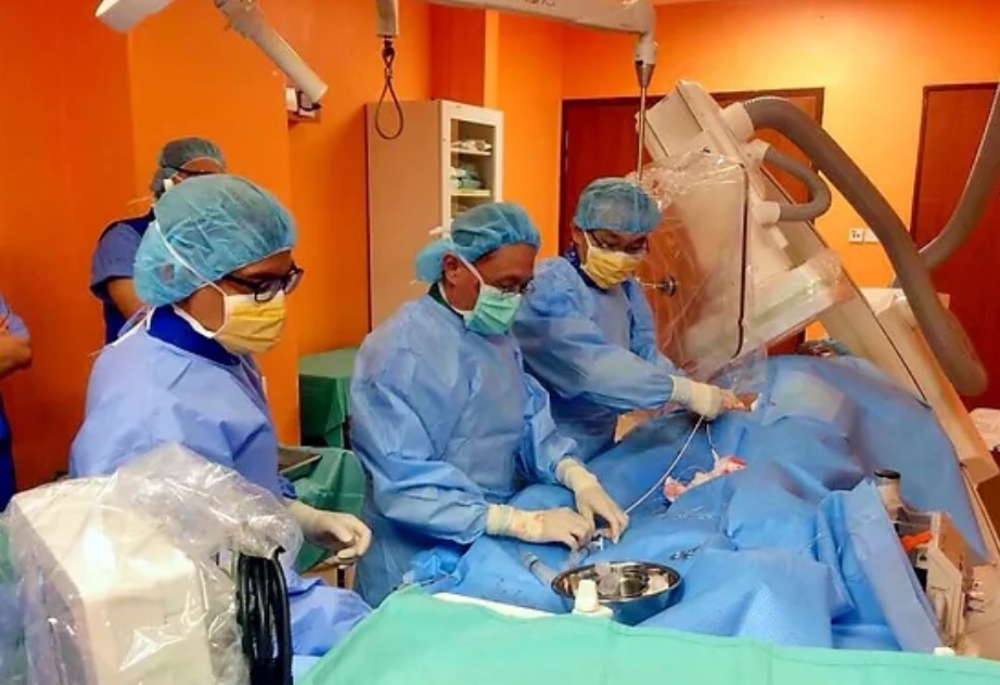 Inside the operating theatre, with head surgeon Dr Jong Yuan Hsun and team.

Because at the end of the day, what matters most is someone besides having the skills, who also has the most experience, who can virtually operate on you with his full personal confidence, who knows everything there is to know and can anticipate and resolve any issues that might arise during the hours-long procedure, because he would have encountered it first hand before and … believe me, that’s when you feel secure knowing you’re in his most capable hands!

Of course, he’d also need a full team of expert co-workers alongside in the operating theatre to assist him as well.

My good friend was right of course – I had a most successful procedure from one of the world’s best cardiac surgeons at a health facility, which was second to none at a cost a fraction of what I’d have to pay at a private operating theatre.

I say a hearty bravo and thank you to all caretakers at the SHC, the list is long and I’ve only managed to name a few – and may God continue to guide your hands, your ceaseless learning, earnest teaching and endow you all with continued good health, every success, personal happiness and gratification.