Monday, February 6
You are at:Home»Columns»Uncle DI»A new Malaysia Agreement, really?
For the freshest news, join The Borneo Post's Telegram Channel and The Borneo Post on Newswav. 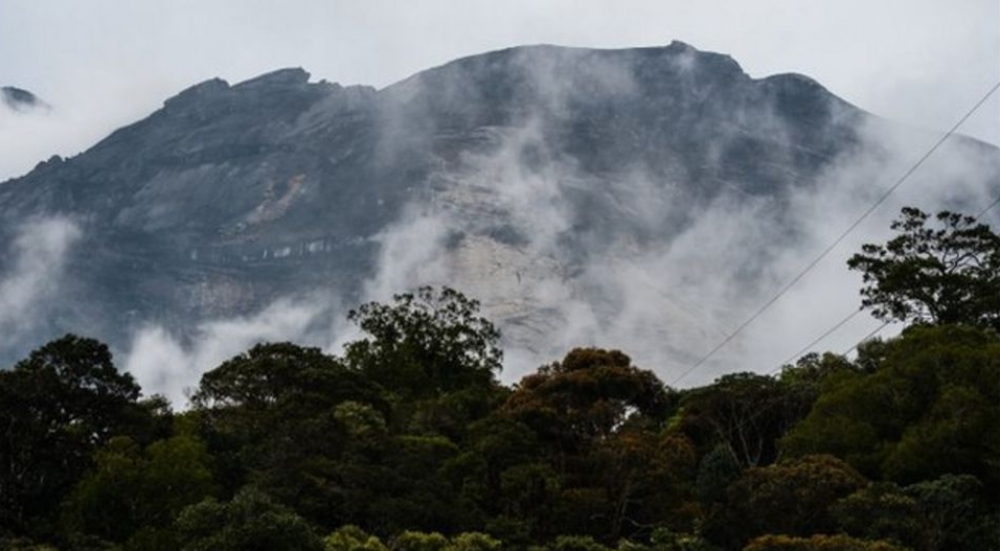 A photo of Mount Kinabalu in Sabah. A new deal for the ‘Land Below the Wind’? — AFP photo

A SUGGESTION made by a Malaysian political figure Datuk Seri Mohamad Hasan (Tok Mat), has gone viral. The speaker is no ordinary politician – he is the deputy chairman of Barisan Nasional (BN) and deputy president of Umno/director of operations for the 15th general election (GE15).

The BN, successor to the Alliance, ruled Malaysia from 1963 until 2018. It is now gearing up for a return to power. The campaign for the change of government has commenced, first in the ‘Land Below the Wind’, then countrywide.

Don’t say that I did not mention this.

Tok Mat’s word carries a lot of weight. He was in Sabah early this month to declare open the Sabah BN Convention, attended by the top leaders of the coalition, representing a political force not to be under-estimated in terms of its appeal to volatile voters.

The local media quoted him as saying that the leaders of BN Sabah should propose to the federal government a ‘new Malaysia Agreement’.

Why? In his opinion, this approach would be a more concrete way for Sabah ‘to regain its rights and interests, and at the same time, strengthening the Federation of Malaysia’.

He added that the Agreement ‘needed to be underpinned by a new spirit, context and aspirations in restoring the rights and interests of Sabah…’ (The Borneo Post, July 4, 2022).

He didn’t give any details.

Then what happens to the ongoing talks on Malaysia Agreement 1963 (MA63) – to be abandoned, or put on the back burner?

Could the rationale for another Malaysia Agreement be a reaction to the snail-pace progress of the MA63 talks? And for that reason, a new approach to achieve the same ends would be necessary?

Or is there more than meets the eye?

Assuming that BN would return to power after the next general election, and assuming also that Tok Mat would secure an important job in the Cabinet, do not rule out the possibility that ‘a new spirit, context and aspirations’ would be pursued as the policy thrust of the government of the day.

If that happens, look into your crystal ball again. Can you see far-reaching consequences and ramifications of the statement for Sabah? And possibly of the rest of Malaysia?

Whatever it is, we should not dismiss Tok Mat’s suggestion outright as a mere political rhetoric.

There may be a pearl in the oyster — who knows.

An alternative approach towards the same ends is worth examining without commitment to accepting it.

Read the proposal between the lines. The burden is on the Sabah government (i.e. BN-led coalition government) to work out the best terms for Sabah and then, to present those to the federal government formed by BN at Putrajaya.

The question is: who will have the final say?

A strong federal government that continues to treat Sabah as one of the states of the erstwhile Federation of Malaya, will prevail over a weak regional government. If that happens, Sabah will take one step forward, two steps backwards.

It is up to the people of Sabah either to subscribe to Tok Mat’s idea or to reject it.

Sabahans are the sole architects of their fortune. We must never underestimate their intelligence to foresee where the future of their state will lie.

I am positive about the idea of a new deal for Sabah — ON CONDITION that Sabahans, including the young, will be allowed to provide inputs to the discussion, AND that they are allowed to INCLUDE all that they want from Malaysia, IN ADDITION to what was agreed to in MA63, the constitutions (federal and state) and other relevant working arrangements with the federal government.

The question of replacing the venerable MA63 by another DOES NOT arise. Just call the new arrangement the Supplementary Agreement to MA63. As long as the original signatories or their successors in title (Britain, Malaya, North Borneo, and Sarawak) agree to have that supplement, the original agreement will remain binding on all parties to that agreement.

I wish that Sabah and Sarawak would discuss Tok Mat’s suggestion together, make a common stand over certain issues, and inform all stakeholders of the outcomes.

There are several issues that are peculiar to Sarawak – e.g. ownership rights and thus, control over oil and gas; rights over the area of the continental shelf of Sarawak; and safeguards and terms and conditions already enshrined in the MA63; and other legal documents related to the formation of Malaysia.
These are non-negotiable!

Sarawak does it our way

Reacting to Tok Mat’s suggestion, Datuk Sharifah Hasidah Sayeed Ghazali, Sarawak’s Deputy Minister in Premier’s Department (Law, MA63 and State-Federal Relations) was quick to point out that the proposal had ‘no bearing on Sarawak’s ongoing negotiations with Putrajaya’.

She declared Sarawak’s stance as ‘we do it our way’, reminding the public that a date for the next round of talks on MA63 had not been fixed.

It is claimed that some progress has been made in the talks, as vague as that, but more issues will be settled (step by step, slowly but surely, in the fullness of time).

The words in parenthesis are mine plucked out of thin air.

“We do not want to rush it,” added the deputy minister.

Yes, ‘not rushing’ is our way all right.