Wednesday, February 1
You are at:Home»News»Sarawak»Two more MRSMs in the offing for Sarawak
For the freshest news, join The Borneo Post's Telegram Channel and The Borneo Post on Newswav. 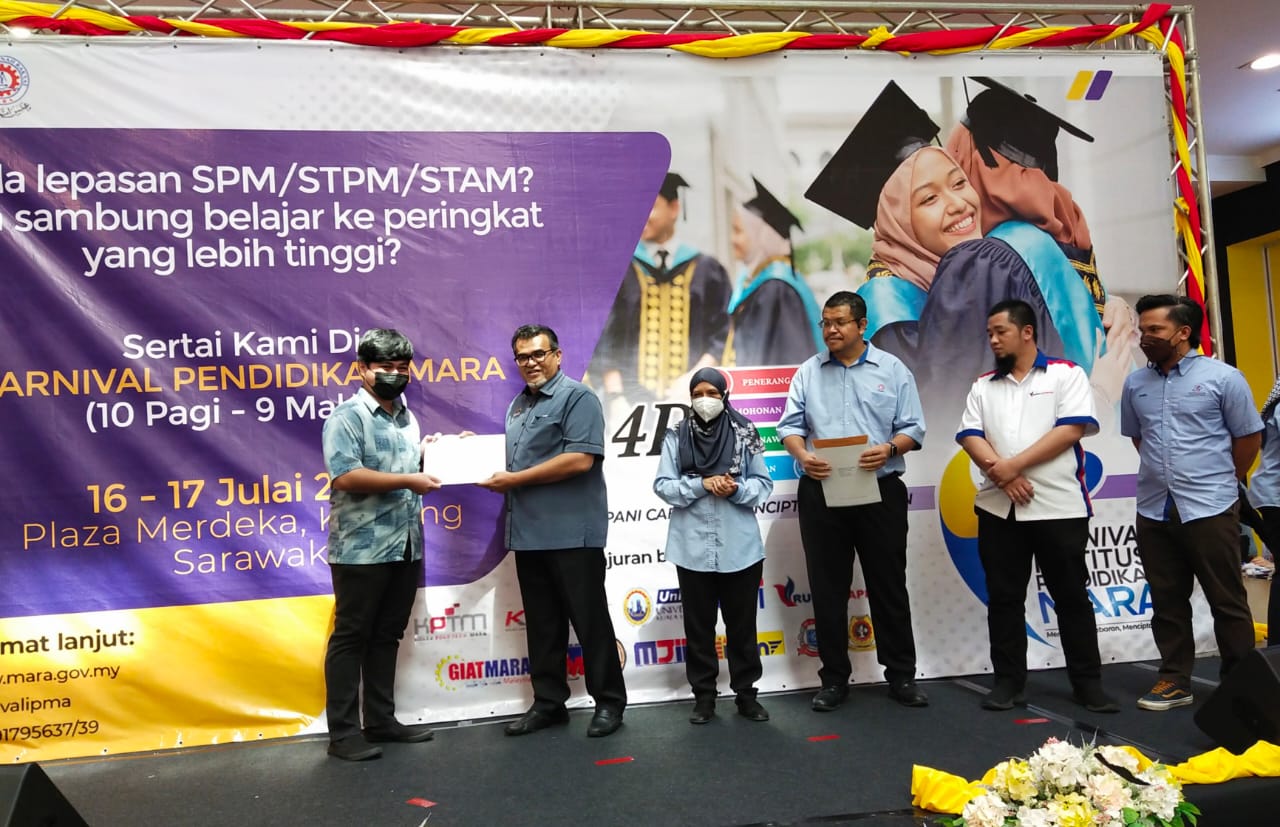 (From left) A top SPM 2021 achiever receives his certificate of appreciation from Hasbi.

According to Deputy Minister II of Rural Development Datuk Hasbi Habibollah, there would be MRSM campuses in Lawas and Bintulu, in addition to the present colleges in Kuching, Betong and Mukah.

“The (MRSM) building in Bintulu is already under construction, and it is expected to be completed next year. As for the college in Lawas, it is still under planning.

“The construction of the college in Bintulu is fully financed by Petroliam Nasional Berhad (Petronas), while the construction of the Lawas college will be covered by Mara,” he said during a press conference after conducting a tour at the ‘Mara Education Institutions Carnival’ in a shopping mall here yesterday.

On the weekend carnival, Hasbi said it was being simultaneously held at three locations nationwide: Kuching, Johor Baru and Alor Setar.

Moreover, it was part of the nationwide tour that had been running since June 18 covering Sabah, Negeri Sembilan, Kuala Lumpur, Terengganu, Kelantan, Pahang and Perak, with close to 3,000 offer letters having been issued to qualified students.

“Mara is always committed to producing human capital that would fulfil the needs of the industries, as well as offering education opportunities through its 344 institutions across the country, up to the level of pursuing PhD,” said Hasbi.

Adding on, the federal deputy minister called upon students, particularly those in Sarawak, to take advantage of this carnival to obtain as much information as possible regarding the education pathways and services provided by Mara.

Later, Hasbi presented certificates of appreciation to 24 organisations participating in the carnival, as well as to MRSM students in Sarawak who scored in their Sijil Pelajaran Malaysia (SPM) 2021 examinations.

He also handed over schooling assistance from Mara Education Foundation to 30 students from B40 (low-income) households.