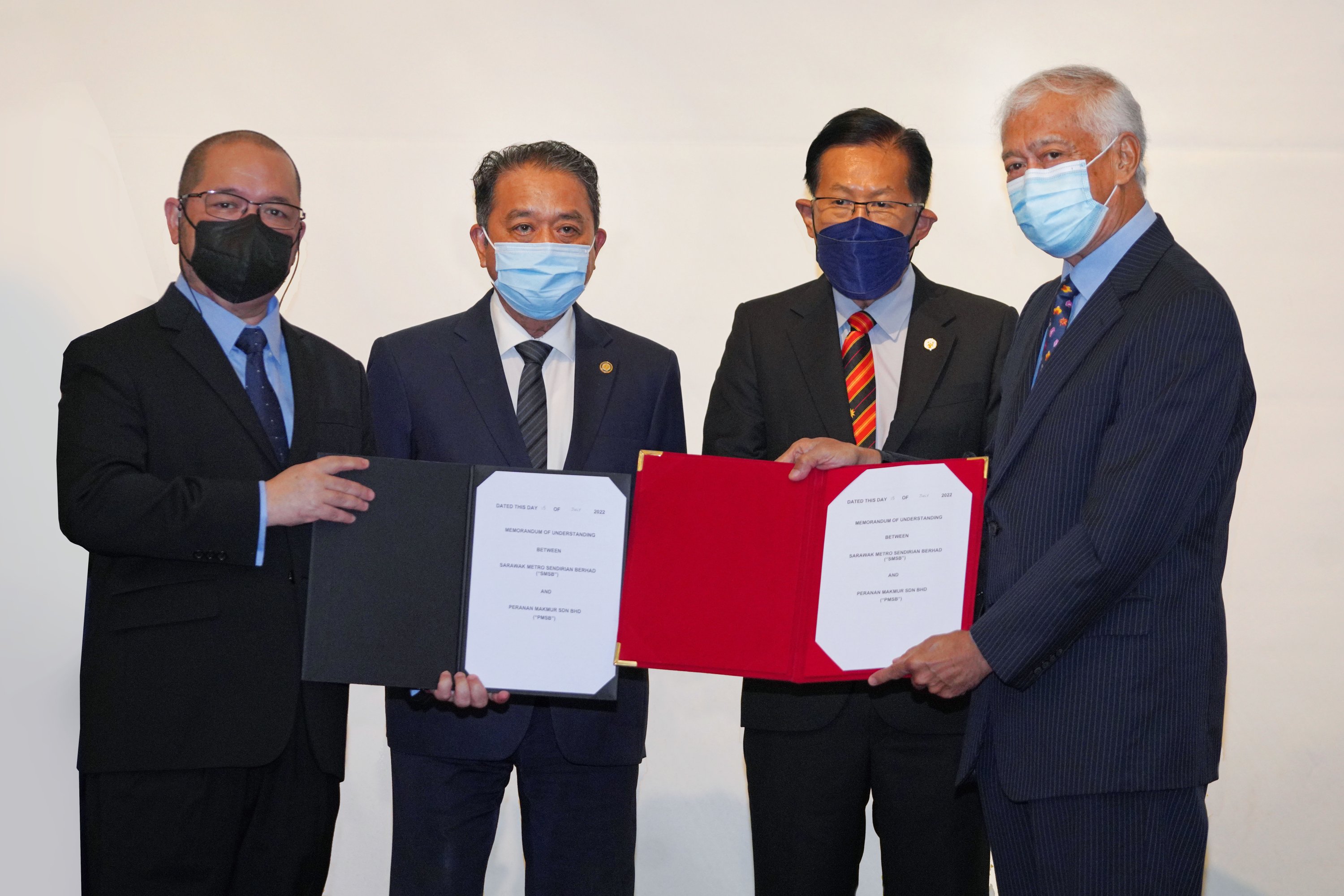 KUCHING (July 19): Naim Group of Companies, through its subsidiary Peranan Makmur Sdn Bhd (PMSB), has signed a memorandum of understanding (MoU) with Sarawak Metro Sdn Bhd to collaborate on the implementation and management of the Kuching Urban Transportation System (KUTS) at Kuching Paragon.

The MoU exchange was conducted during Sarawak Metro’s ‘Handover of Letter of Award for Kuching Urban Transportation System Project System Package 1 Contract to EPR Mobilus GR JV Sdn Bhd and Exchange of Memorandums of Understanding between Sarawak Metro with Ibraco Bhd and PMSB.

It was witnessed by Minister of Transport Dato Sri Lee Kim Shin.

Sarawak Metro, a wholly-owned subsidiary of the SEDC, has been entrusted by the Sarawak government to develop KUTS to alleviate traffic congestion in Kuching and its surrounding areas.

The development of KUTS is also expected to spur productivity and economic growth.

This is also in line with the Kuching Smart City Masterplan (2021-2025) initiative to address the need for a modern public transportation system and realise the state’s aspiration of becoming a developed and high-income state by 2030.

“We are proud to partner with Sarawak Metro in the development of the KUTS, as it will serve to minimise and alleviate traffic congestion across Greater Kuching area,” said Hasmi.

He pointed out Greater Kuching has been experiencing robust growth, with the increase in urban-rural migration as many people enter the city to gain access to new employment and business opportunities.

“We believe that this MoU will help in realising the Premier’s (Datuk Patinggi Tan Sri Abang Johari Tun Openg) vision for Sarawak to become a developed, high-income economy by 2030, supported by a reliable and effective transportation system that will increase productivity and drive greater economic integration,” he added.

The development of KUTS is expected to facilitate wider market access and improve connectivity throughout Greater Kuching, linking residential and industrial areas, businesses and institutions of higher education, to places of interest for tourism.

With this in mind, PMSB has also proposed the shift of one of the Autonomous Rapid Transit (ART) stations to a location adjacent to Kuching Paragon as part of the MoU.

PMSB is the developer of Kuching Paragon, which is an integrated property development.

“We believe the KUTS project will act as a catalyst to support the growth of this city in the future, and that it will not only reduce travel time but also, enhance connectivity between the city and the surrounding areas. In fact, the building of the ART station at the new location will improve the quality of life of the residents at Kuching Paragon and the surrounding areas,” said Hasmi.

At the core of KUTS project is the ART system, a hydrogen-powered autonomous rail transit system which will help in decarbonising the state’s public transportation system and realise the state government’s drive to a hydrogen economy.

One of the first integrated developments designed with a transit-oriented concept, Naim’s Kuching Paragon is poised to become Kuching’s next business and lifestyle hubs with positive impact on property values.