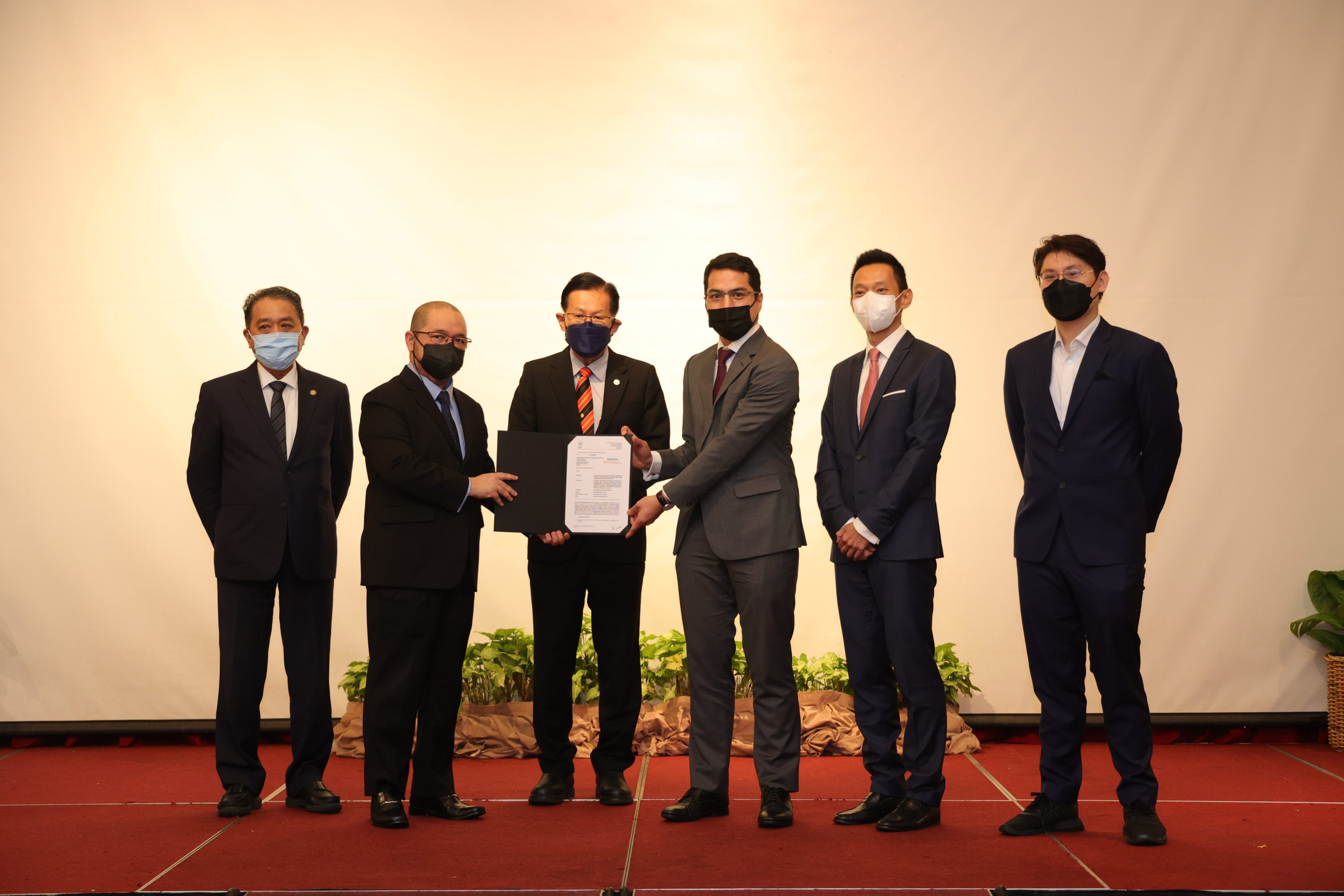 “With our aspiration of having a sustainable public transport solution that also tackles the issues of climate change, that is why we have with us these companies collaborating to bring us the world’s first hydrogen fuel cell-powered Autonomous Rapid Transit system,” Abang Johari said in a speech read by Lee.

The Premier explained that the System Package 1 contract, valued at RM1.425 billion, involved the supply of the rolling stock, which is the hydrogen-powered Autonomous Rapid Transit (ART) vehicles, depot equipment and maintenance vehicles (DEMV), signalling and control system (S&CS), and the automatic platform gate (APG).

Abang Johari pointed out that this recent milestone achieved by Sarawak Metro, is also a very significant achievement for China, as the country of origin of the supplier of the ART system.

“I also see this as an opportunity to strengthen the already close bilateral economic relationship between Malaysia – through Sarawak – with China.”

He also said Sarawak is moving one step ahead as the Autonomous Rapid Transit’s (ART) propulsion system will be powered by hydrogen – in line with Sarawak’s green hydrogen agenda and the development of Sarawak’s hydrogen economy.

The Premier was pleased that the System Package 1 Contractor has also given its commitment to add value to the KUTS Project through Sarawak Metro’s Socio-Economic Enhancement Development (SEED) Programme to develop the human capital and supply chain, towards ensuring the sustainability and long-term success of the ART operations.

“It is my sincere hope that through such initiatives, a new generation of young Sarawakians will be able gain new knowledge and skills to play a meaningful role in this new industry, namely a modern and green public transport sector.

“With the creation of a pool of skilled workforce in this sector, I am confident that in the future, these Sarawakians will not only contribute to the industry in Sarawak but they will also be sought after by public transport system developers and operators from cities all over the country and the region,” he said, adding that there were vast opportunities to tap into the regional market potential created by the adoption of the ART for the KUTS.

He announced that in terms of looking at other long-term potentials for the Kuching Urban Transportation System, the government recently approved Sarawak Metro’s proposal for the ART alignment for Phase 1 of the KUTS Project, which will now include a new line towards the Santubong Peninsula.

Among other considerations, the alignment looks at the future development plans for the Santubong Peninsula and the great potential for growth for the area with tourism and leisure sector as the main catalyst.

“And I am pleased to announce that although this new alignment will be about 20 kilometres longer than the one proposed earlier by Sarawak Metro, we have managed to keep the overall cost of the project to below RM6 billion, through Sarawak Metro’s ongoing value engineering initiative.

“I know that Sarawak Metro also continues to plan for future ART routes for Greater Kuching under the KUTS Project, as well as for other alignments that could potentially create significant socio-economic benefits for the people of Sarawak,” said the Premier.

In his welcoming speech, SEDC chairman Tan Sri Datuk Amar Abdul Aziz Husain described the awarding of the LoA as not only the start of the development of the KUTS Project but the transformation of Sarawak’s public transportation system as well.

“With this agreement signed between Sarawak Metro and EPR Mobilus GR JV Sdn Bhd, we are witnessing the start of the development of a totally new environmentally-friendly mode of public transport, namely our hydrogen fuel cell-powered ART,” Abdul Aziz said.

He explained that the KUTS Project is moving on the right track, and pointed out that July 18 also marked another milestone with the closing of the System Package 2 tender, which involved telecommunications, supervisory control and data acquisition, automatic fare collection, computerised maintenance management system, operation control centre, and information technology system.

“We look forward to sharing more good news on the development of our KUTS Project in the next few weeks and months but in the meantime, rest assured that the team at Sarawak Metro are working tirelessly to deliver this project successfully,” Abdul Aziz said.

Among those present at the event were the Consul General of the People’s Republic of China in Kuching Xing WeiPing, Sarawak Metro board members, and business associates.