Monday, February 6
You are at:Home»Lite Stories»Melaka lass on mission to change public perception of snakes
For the freshest news, join The Borneo Post's Telegram Channel and The Borneo Post on Newswav. 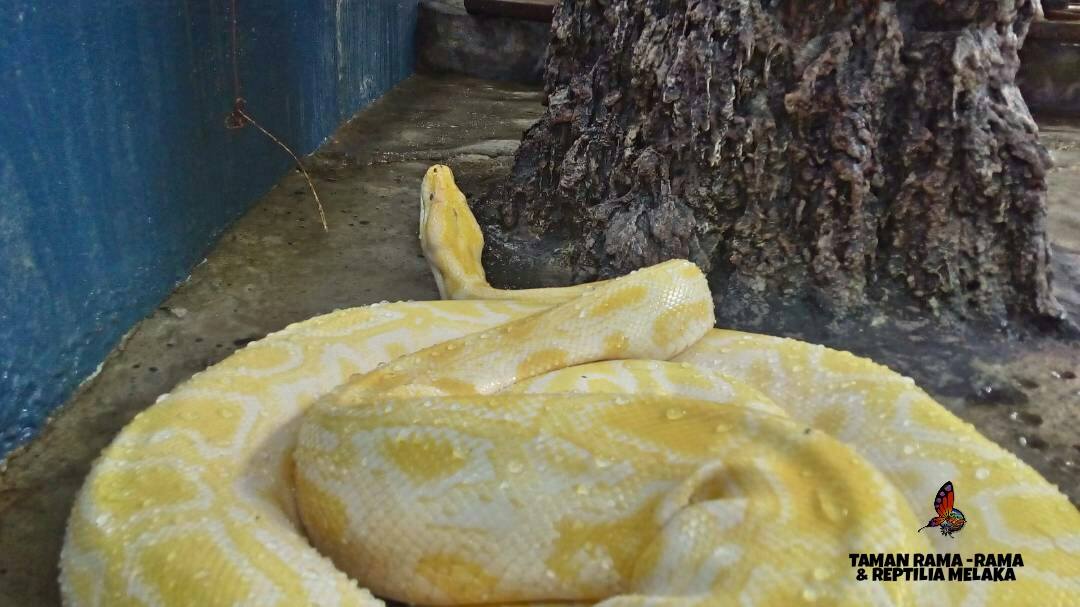 MELAKA (July 22): Although it’s normal for a girl to keep a pet snake nowadays, it may be unusual for her to be in charge of Malaysia’s largest snake sanctuary.

Qurratu A’in Rohaminordin, 27, explained that her job as manager at the Melaka Butterfly & Reptile Sanctuary (MBRS) requires her to be meticulous, but when dealing with snakes, one can’t be overly confident.

The Universiti Malaysia Sarawak science degree (animal resource science and management) holder said she never thought she would be working with snakes and faced a tough challenge in getting her family to accept her job.

“They felt it was too extreme for a girl. But with help from my employer and colleagues – and the knowledge I gained – they are starting to accept it,” she said.

She said that although she sometimes has to handle an injured or moody snake that might bite her, it has not put her off her job or caring for the over 30 species of snakes at the sanctuary.

In fact, Qurratu A’in is on a mission to debunk falsehoods about snakes.

“One of the most common myths is that all snakes are venomous and need to be killed, especially if they enter the house. But if we know how to identify a snake, it could be safely removed.

“I would like society, and especially women, to have basic knowledge about snakes. There’s no single way to handle an encounter with a snake. The most important thing is not to panic,” she said.

Don’t try and hit the snake either because it will feel threatened and strike, said Qurratu A’in.

“You also shouldn’t tie the snakebite area. Go straight to the hospital. Also try to snap a picture of the snake for ease of identification and treatment.

“The key thing to remember is that snakes won’t bite unless they feel threatened. When a snake enters the home it’s normally because its habitat, like the jungle, has been destroyed by humans,” she said.

Snake department head, Athirah Faiqah Md Wahi, 25, said one of her most thrilling experiences since joining MBRS in October 2021 was getting to look after a hypo champagne Burmese python.

“I never thought I would get the chance to care for it because the species can’t be found in Asia. Not only is it unique because of its size, but also its high price of up to US$5,000.

In conjunction with World Snake Day (every July 16), MBRS is beckoning visitors to its month-long line-up of programmes to learn about Malaysia’s snakes threatened by habitat loss.

An albino Burmese python named Bella will certainly be the main attraction, said Athirah, after 35 albino and one black baby python started hatching from her clutch of eggs on July 11.

“It’s our biggest success after we got Bella and her mate, Snow, an albino granite Burmese python. Both weigh around 100kg. A clutch of 40 eggs was produced after an unsuccessful attempt before this,” she said.

Visitors could also see seven of the world’s deadliest snakes, including the ular kapak (viper) and king cobra, and immerse in interactive programmes such as ‘New Skin New Me’ about how snakes shed their skin and ‘Hissing Story’ about the effects of unbridled logging on snakes. — Bernama