Monday, February 6
You are at:Home»Features»‘Buy a brick, build a home’
For the freshest news, join The Borneo Post's Telegram Channel and The Borneo Post on Newswav.

Association’s campaign sets out to raise funds to establish bigger, better centre to accommodate children with autism in Sibu 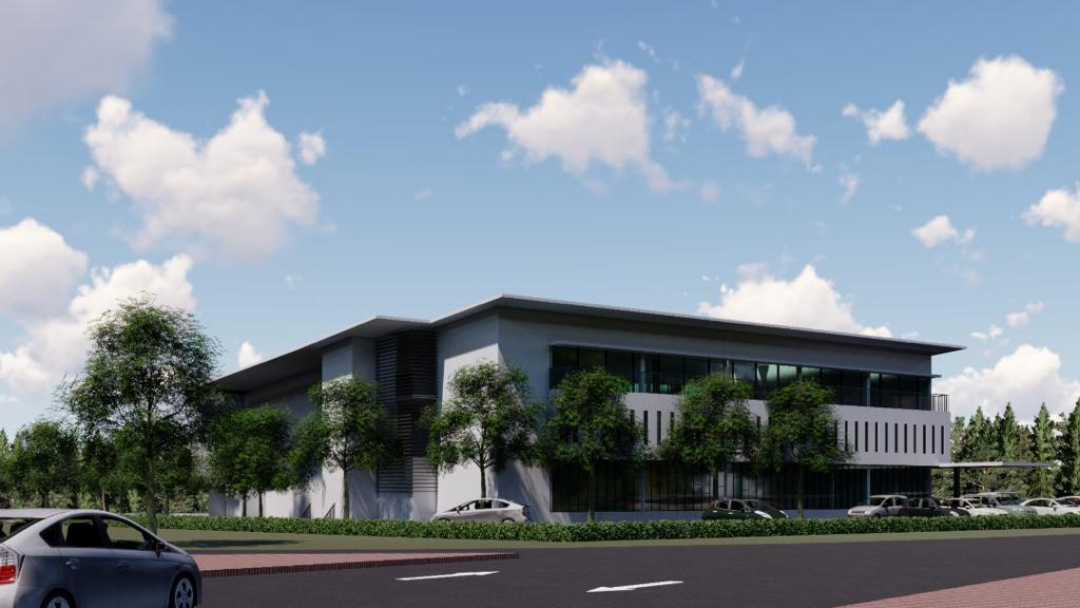 The artist’s impression of the new SAA building in Sibu.

According to SAA president David Ngu, the present Agape Centre can only house at most 70 children.

He adds that a 1.5-acre land, adjacent to the present centre at Jalan Alan in the Upper Lanang area of Sibu District, has been identified as the project site.

“We have submitted the application to the State Planning Authority and so, we’re waiting for its approval.

“In the meantime, we are running our own fundraising campaign,” he tells thesundaypost. 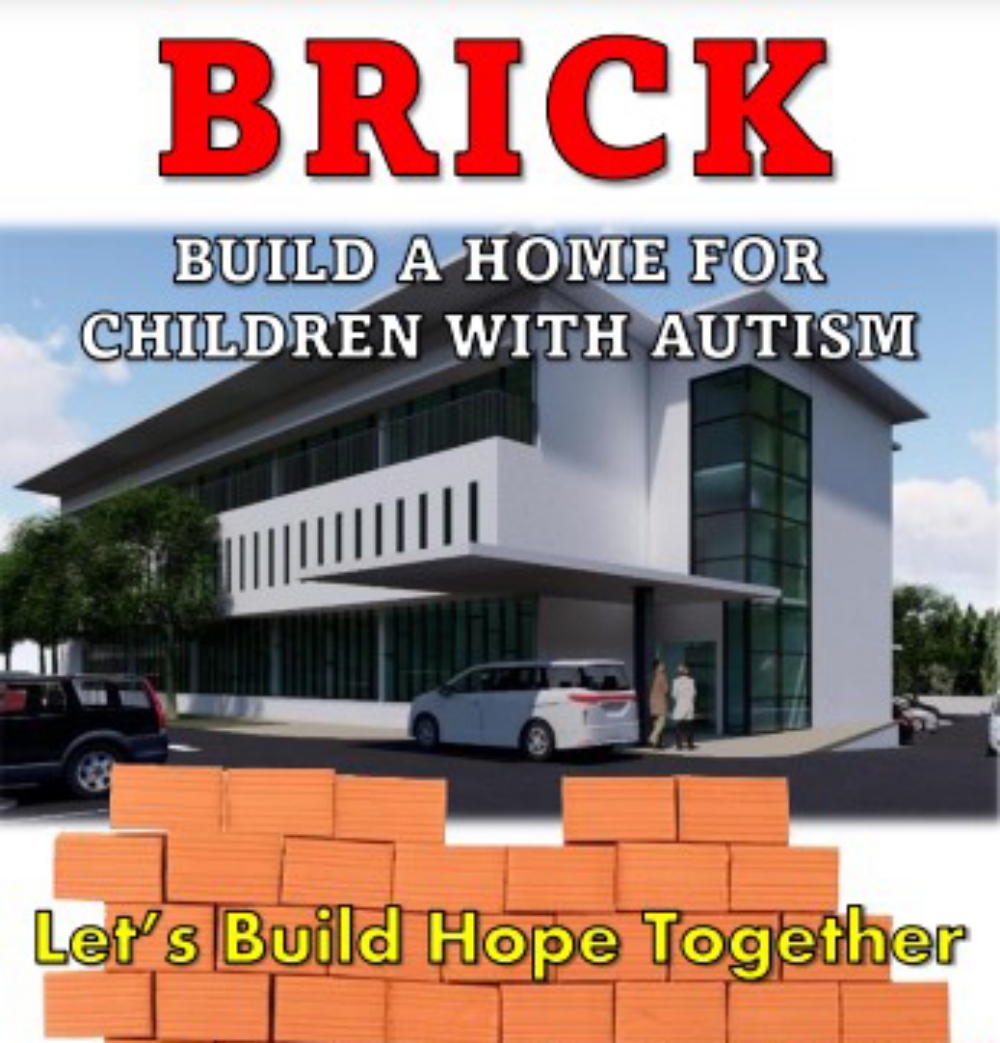 SAA’s ‘Buy a Brick, Build a Home for Children with Autism’ is aimed at encouraging community participation.

“We seek public help in donating to this project by ‘buying bricks’,” says Ngu.

“I would say this is a project for the community as we are serving the community and thus, it would even more meaningful if the entire community would come in to support this project.

“Just like the tagline, we’re building hope for all the families here caring for autistic children.”

According to Ngu, the mechanism of this campaign is for the prospective donors to ‘buy bricks, as many as they wish’.

“Each brick, we are selling at RM5. Meaning that you’re donating RM5, you would be contributing one brick to this project.

“For those who can afford to contribute a room or a hall, they are highly welcome to do so.

“We, the SAA, would name the room or the hall after the donor’s name, or any name that they wish to attribute the premises to.

“We appreciate every single cent donated.”

Ngu says the idea behind this concept came from an online news portal, which was raising funds for its new headquarters.

“However, theirs involved everyone chipping in to buy the bricks, whereas for the SAA, we freely let people (prospective donors) decide how much they want to contribute.

“And if they wish to contribute the entire classroom or hall, we’d name it after their name or any name that they wish to.” 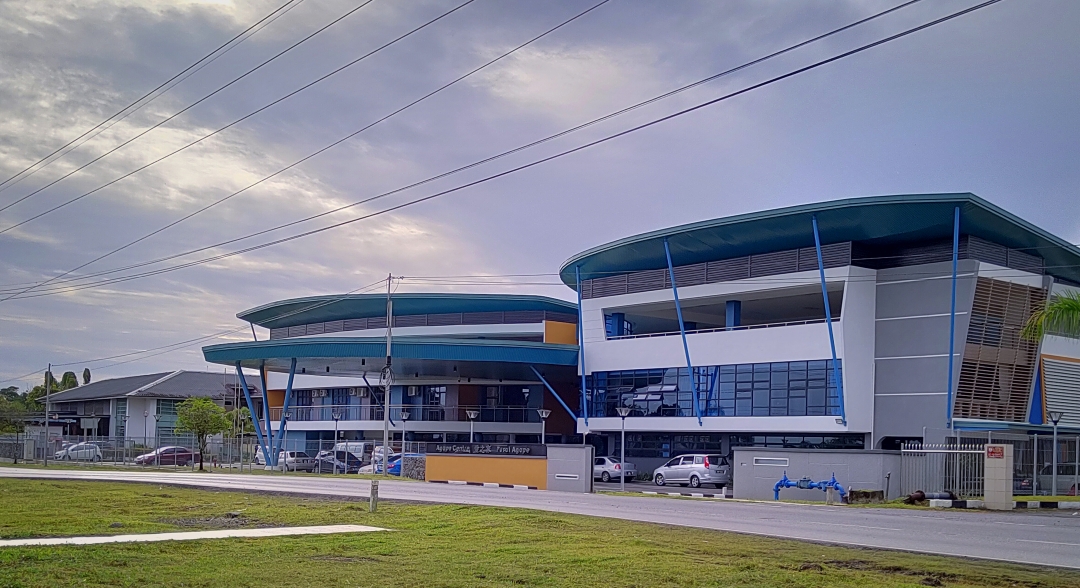 Photo shows the front view of the present Agape Centre at Jalan Alan.

Ngu says that the new three-storey SAA building should be able to accommodate about 200 children at any one time.

“This place (the existing Agape Centre) here can only accommodate a maximum of 70 children at any one time,” he adds.

“The new building upon its completion in the future, should be able to accommodate about 200 children at any one time, depending on the classroom arrangement.”

Ngu says upon the approval granted by the State Planning Authority, SAA is hoping to complete this project within two to three years’ time, in view of rising number of cases of autism among children nowadays.

On response to the ‘Buy a Brick’ campaign, he says so far, SAA has raised around RM160,000 – still a long way from its RM4.5 million target.

On facilities at the new building, he says it would be equipped with 10 classrooms, a physical therapy room, a sand therapy room, a ‘Snoezelen’ multi-sensory room, and an art gallery multi-purpose hall.

“We also hope that it could serve as a training centre for volunteers who wish to help the children.”

In this regard, Ngu also expresses the association’s hope and mission to reach out and help more children with autism so that they would be able to obtain early intervention treatment as soon as possible. 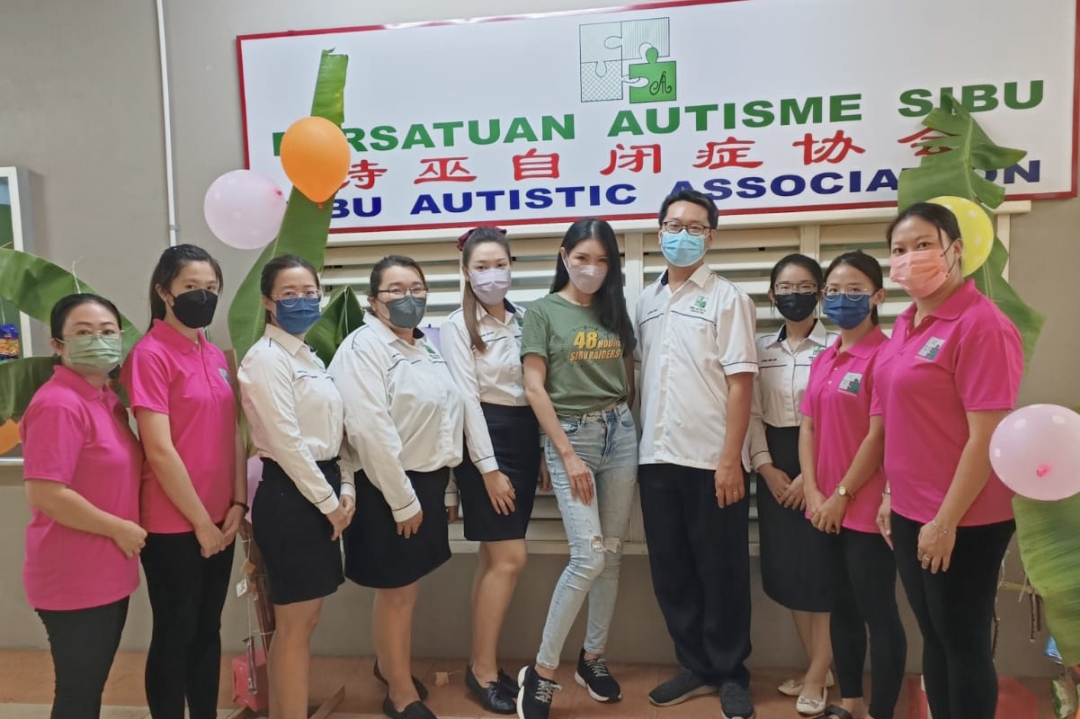 Ngu (fourth right) and his welcoming committee with Chia (fifth right) during her visit to the Agape Centre.

Malaysian supermodel Amber Chia visited Agape Centre during her recent trip to Sibu, where she underwent shooting for a documentary ‘48 Hours Sibu Raiders’.
For her, Sibu was ‘an unforgettable experience’.

Specifically on Agape Centre, she was very impressed by the organised team in helping children with special needs and their parents.

“The most memorable story was about how the Tatsumi Kondo Memorial Workshop came about,” she said.

Chia also expressed her hope for more people to understand, love, care for and support to children with autism.

“The support does not necessarily be financial form; it can be in terms of time and effort as volunteers or participants in different events,” she pointed. 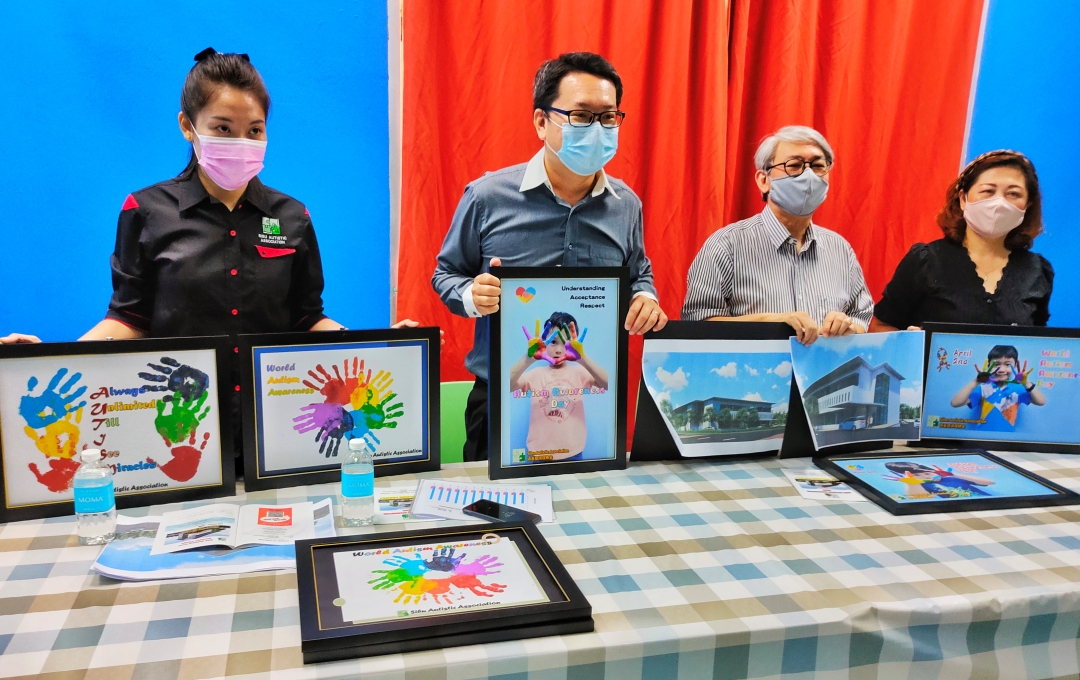 Ngu (second left) stresses a point about autism awareness, as the chairman of the building project committee Thomas Ling (third left) and others look on.

The SAA was established in 2000 by a number of parents whose children had been diagnosed with Autism Spectrum Disorder (ASD), together with some concerned members of the public.

At the time, there was no suitable and effective education programme provided at any typical kindergarten or at the government special needs class for these children.

SAA was officially registered with the Registrar of Societies in 2001, followed immediately by the setting up of a centre for children with ASD and related disorders, aged between 7 and 18.

The centre initially housed three teachers and three children – over the years, it has provided assistance and services to over 200 children.

SAA provides a specialised daily programme for the children under its care.

In 2006, it kicked off the first early intervention programme (EIP) for children aged 2 to 6, and it was the only centre in Sibu that had this specialised programme run on a daily basis.

Throughout the years, many children have successfully integrated back into the normal classes in local government schools.

The SAA is also working very closely with a number of local kindergartens and primary schools to ensure continuing help for many children with ASD.

In June 2013, the association was chosen by the Ministry of Women, Family and Community Malaysia to be included in its nationwide pioneering project of setting up ‘taska’ (nurseries) for children with ASD.

Taska Autisme Sibu was thus incepted, located at No 18, Lorong Kwong Ann in Sibu, with the initial transfer of all seven EIP children from SAA’s Agape Centre to this location on Jan 2, 2014, together with three full-time teachers and a cook.

In 2017, the taska moved back to Agape Centre for better administration.

Since 2006, the SAA has been housed in the Agape Centre at Jalan Alan, with four other organizations and despite being under one roof, each organisation is running independently in providing varied services, management and financial support.

The SAA was granted Tax Exemption Status in 2003.

It is also a member of the following organisations:

SAA’s intervention programme is specifically designed for students from the age of 1 to 4. The breakdown of modules is listed as follows:

To know more, go to https://www.sibuautistic.org.my/index.php.