Monday, February 6
You are at:Home»World»Thailand’s first monkeypox patient found after fleeing to Cambodia
For the freshest news, join The Borneo Post's Telegram Channel and The Borneo Post on Newswav. 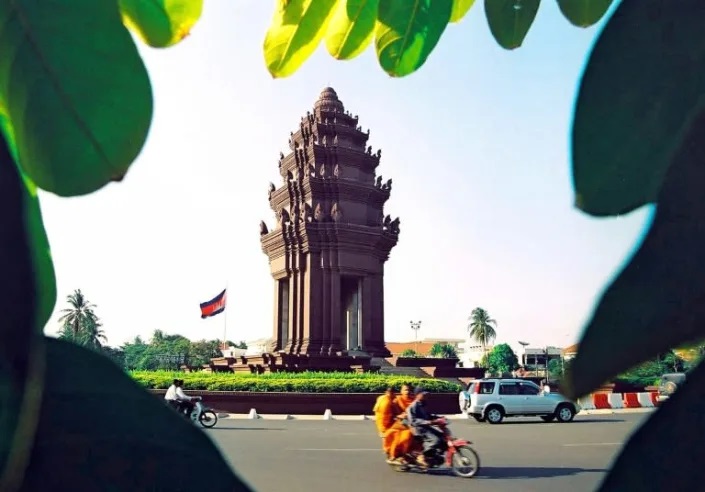 After searching several locations Saturday, Cambodian police found the runaway at a Phnom Penh guest house and he has since been sent to the Khmer-Soviet Friendship Hospital for medical treatment. – AFP photo

PHNOM PENH (July 24): A Nigerian man who went on the run after becoming Thailand’s first monkeypox case was found in Phnom Penh Saturday and taken to hospital, the Cambodian Health Ministry said.

It comes the same day the World Health Organization officials in Geneva declared the monkeypox outbreak as a global health emergency on Saturday.

The 27-year-old tourist — who had overstayed his visa in Thailand — was diagnosed with monkeypox in the resort city of Phuket on Monday, a Thai health official said.

During his stay in Phuket, the man had visited two entertainment venues, and 142 people are now being screened for the virus, a health official said, adding that the man also had unprotected sex with a woman.

After learning of his diagnosis, he fled his Phuket accommodation, turned off his phone and failed to respond to police or health workers’ messages.

His getaway sparked a manhunt across Thailand and authorities said Saturday his phone signal was detected in a northeastern province bordering Cambodia.

After searching several locations Saturday, Cambodian police found the runaway at a Phnom Penh guest house and he has since been sent to the Khmer-Soviet Friendship Hospital for medical treatment.

“In order to prevent the infection of monkeypox virus, the Ministry of Health appeals to all people who have direct contact with the Nigerian patient to isolate themselves and seek health checks,” the Cambodian ministry said in a statement.

Monkeypox is not as contagious as the coronavirus, according to the World Health Organization.

But since a surge of infections were reported in early May outside west and central African countries — where the disease has been endemic — it has affected more than 16,800 people in 74 countries, according to a tally published this week by the US Centers for Disease Control and Prevention.

Ninety-five percent of cases have been transmitted through sexual activity, according to a study of 528 people in 16 countries published in the New England Journal of Medicine — the largest research to date. – AFP