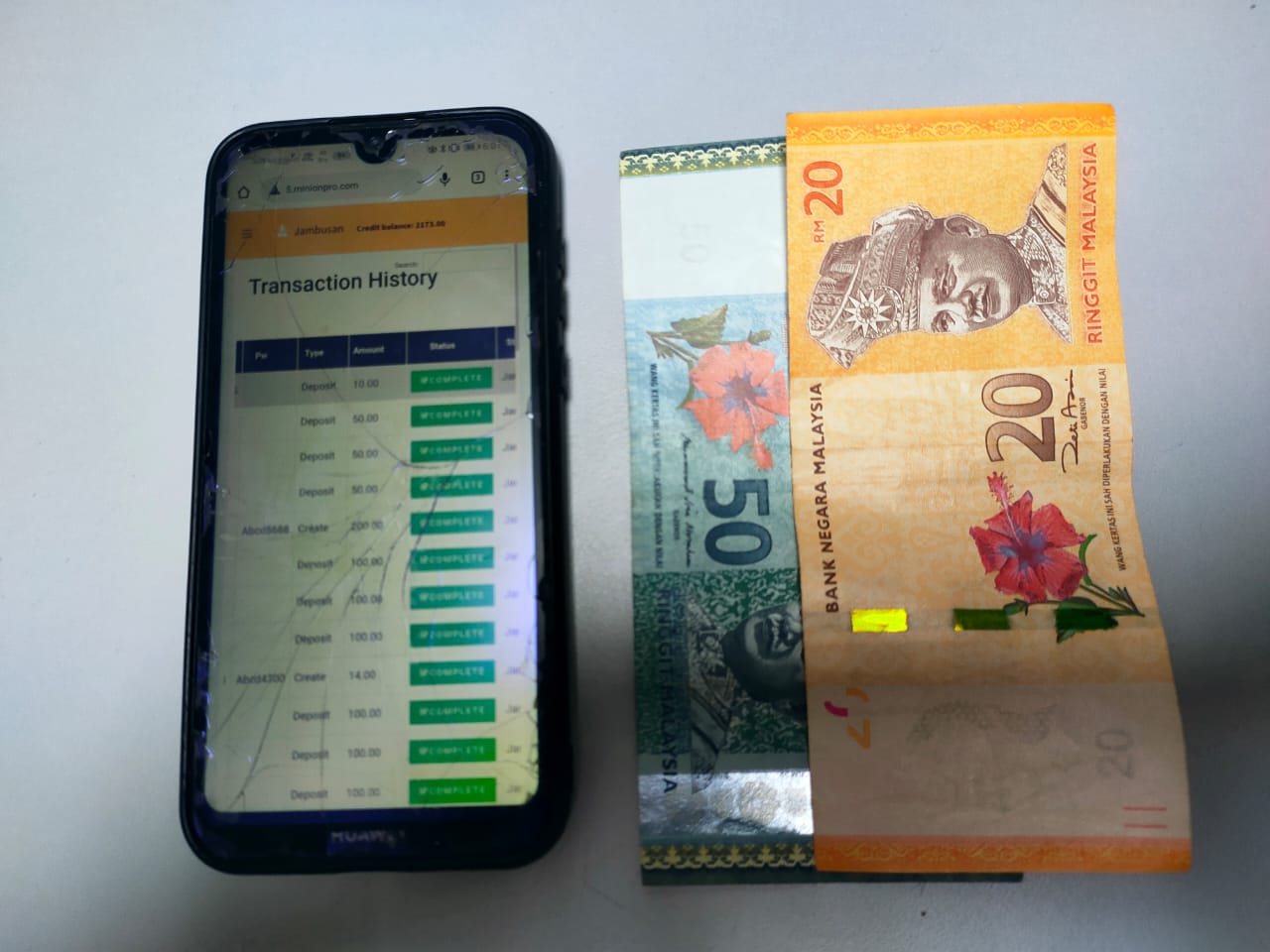 A police photo showing the items that were seized from the suspect after she was arrested.

KUCHING (July 24): A female suspect was arrested at a bus stop in Kampung Sibuluh, Bau around 5.30pm yesterday after she was allegedly found to be selling online gambling top-ups.

“On her phone, police discovered top-up transactions for online gambling websites,” he added.

He said a background check on the suspect found that this is her first criminal offence.

Poge said the suspect is being investigated under Section 4(1)(c) of the Common Gaming Houses Act 1953.

If convicted, the suspect may face a fine of not less than RM5,000 and not more than RM50,000 or sentenced to jail for not more than three years.