Monday, February 6
You are at:Home»News»Nation»Wan Junaidi: Debate on anti-hopping bill on July 27, winding up on July 28
For the freshest news, join The Borneo Post's Telegram Channel and The Borneo Post on Newswav. 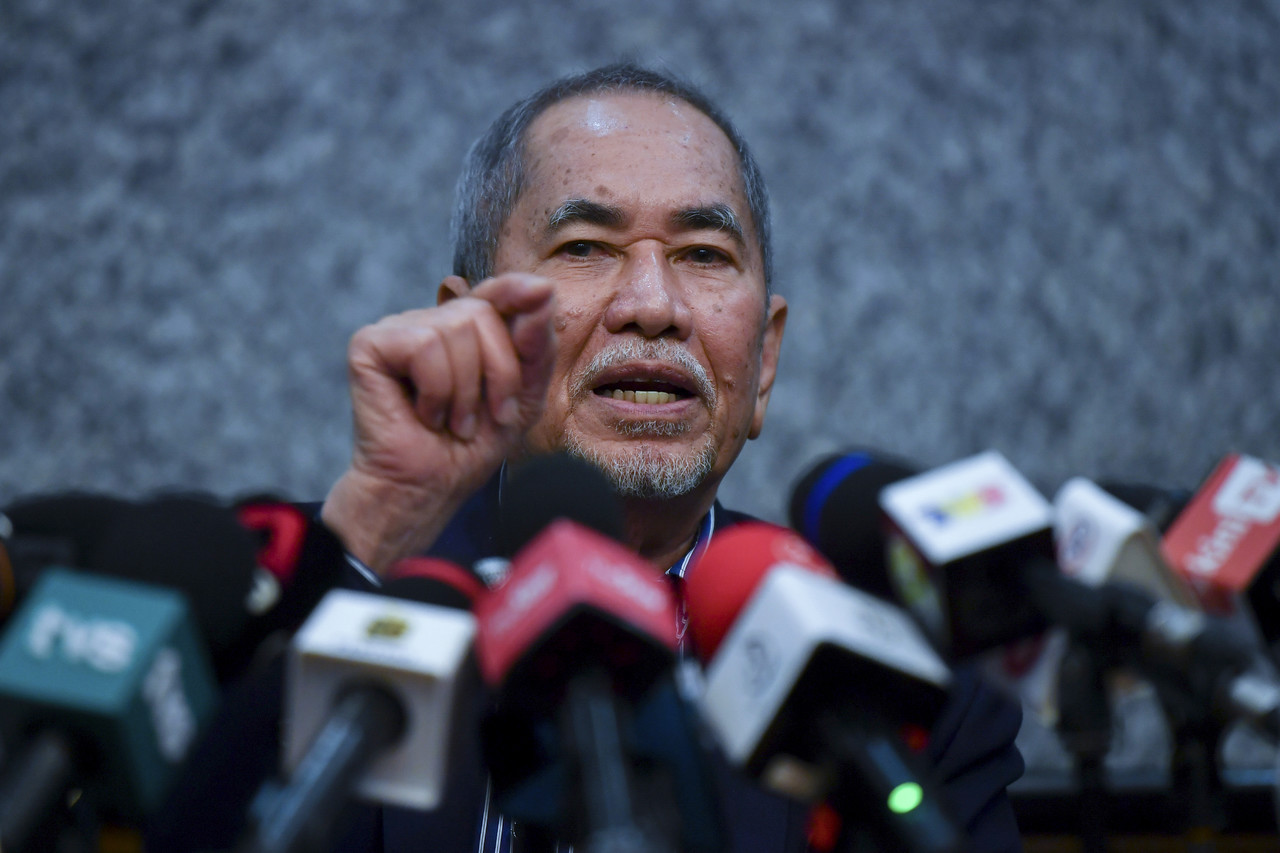 Wan Junaidi speaks during a press conference in Putrajaya on June 13. – Bernama photo

KUALA LUMPUR (July 25): The anti-hopping bill will be debated on July 27 with the winding-up session to take place on July 28 if there are no outstanding issues, Minister in Prime Minister’s Department (Parliament and Law) Datuk Seri Dr Wan Junaidi Tuanku Jaafar said.

He said the bill had involved many engagement sessions since January and is already widely known among Dewan Rakyat MPs.

He added that the bill is different compared to other existing laws as it was drafted by the Select Committee and printed by the Parliament and not drafted by the Attorney-General’s Chambers (AGC).

“So I want to clarify here that the procedure of the bill itself, all MPs already know about it. InsyaAllah,  on the 27th, it will be debated and on the evening of the 28th, at 2.30 pm, insyaAllah, I will wind up.

“If there are no obstacles, MPs agree (with the bill), we will have ended and solved the issue before 5.30 pm,” he said during a media conference after attending the 2021 Lang International Corporate Titan Awards (LICTA) ceremony here yesterday.

In other developments, when asked about a bankruptcy related act, he said the government was studying the mechanism according to models from other countries to tackle bankruptcies effectively.

Although the government had raised the threshold from RM50,000 to RM100,000 in 2020, he still believed that raising the new threshold to a higher value was not a good solution, especially with the impact of Covid-19, he said.

“We need to remember an important thing, we are moving towards an entrepreneur nation by 2030, if there are too many bankrupts, our youth will avoid being entrepreneurs, and will stymie government efforts to turn Malaysia into a business country,” he said.

He added that Malaysia’s bankruptcy laws were created during the British era and have never been changed comprehensively.

“I have said that if we could bring this up during the debate of the budget that will be tabled at the Dewan Rakyat at the end of this year, but that is if there are no challenges in the framework or engagement, and there won’t be too much objections from certain parties, insyaAllah we can get the legal framework,” he said. – Bernama