Monday, October 3
You are at:Home»News»Sabah»Better protection for wildlife seized from illegal trade 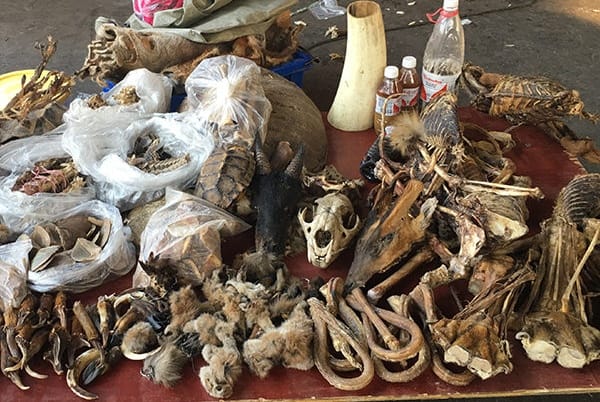 KOTA KINABALU ( July 29): Some of Malaysia’s most iconic and threatened species targeted for illegal wildlife trade are the focus of training for frontline staff to help them identify, rescue and care for trafficked animals when they are seized alive.

The International Fund for Animal Welfare (IFAW), with support from WWF-Malaysia and in collaboration with the Sabah Wildlife Department, ran the four-day training session (July 25-28) in Kota Kinabalu, for frontline officers and government officials involved in live animal seizures and confiscations from the multi-billion dollar illicit trade in wild animals that includes smuggling for the exotic pet business, as well as for their body parts.

A renowned global hotspot for biodiversity, Sabah is the location of one of the world’s oldest rainforests that is home to orangutans, clouded leopards, proboscis monkeys, elephants and many more species notably threatened by wildlife trafficking.

Lois Lelanchon, IFAW Programme Manager, Wildlife Rescue, said: “It is vital that we provide the resources needed by frontline officers to enable them to adequately deal with live animal seizures, which can present unique challenges in terms of biosafety, public safety, and animal welfare.

However, along with these challenges come opportunities as we are talking about live animals. Trafficked species are often classified as threatened and could be rehabilitated and released to the wild to play a critical role in conservation and species survival.”

Launched by Sabah Wildlife Department director Augustine Tuuga, the training involved advice on handling and care of confiscated wild animals until they can be transported to a suitable care facility. The course has also introduced participants to new genetic traceability and forensic tools as well as covering subjects such as species identification, animal health checks, relevant local and international legislation and zoonotic disease risk.

As part of this training, WWF, the Australian Museum and the Sabah Wildlife Department led a session on ShellBank, a marine turtle trade traceability toolkit.

ShellBank brings together multiple organisations, nations, and communities to collectively develop a global repository for marine turtle mtDNA haplotype (genetic variant) data to enable trade to be traced back to poached turtle populations.

Extracting DNA from seized items can pinpoint the nesting origin of the turtle killed and enable authorities to crackdown on poaching hotspots.

In Sabah, there is growing evidence that illegal wildlife supply chains run by organised criminal gangs have transited the state, sometimes with links to Africa and other Asian nations.

This latest training was provided as part of the project TRIPOD (Targeting Regional Investigations for Policing Opportunities & Development). It is a follow-up to a training session held in the area last month by Freeland to help local enforcers find and dismantle criminal networks that target Sabah’s biodiversity to feed the illicit wildlife supply chains globally.

Freeland, WWF and IFAW are partners in TRIPOD, which is sponsored by the US Department of State, Bureau of International Narcotics and Law Enforcement Affairs (INL). TRIPOD aims to reduce wildlife trafficking in the Southeast Asian sub-region of Malaysia, Indonesia and the Philippines.

Additional TRIPOD training courses and networking events will be held in Indonesia, in the Philippines, and at the sub-regional level in the coming months.

TRIPOD is also creating a comprehensive ‘toolkit’ for frontline officers to support their counter-trafficking efforts.