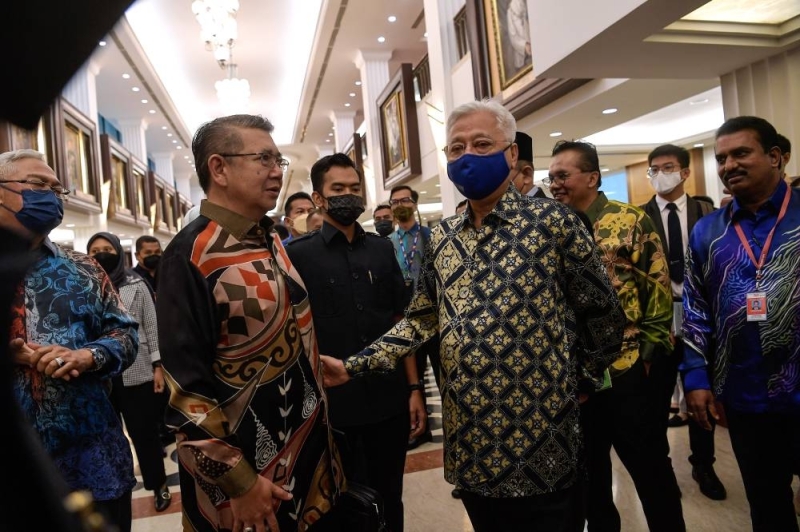 KUALA LUMPUR (July 29): Pakatan Harapan (PH) is redoubling its efforts to table three more items on its reform agenda in a deal with Prime Minister Datuk Seri Ismail Sabri Yaakob amid new signals that Parliament may be dissolved sooner than expected.

Leaders of all four component parties in the federal Opposition coalition said it has directed its representatives in a bipartisan committee with the Ismail Sabri administration on institutional reforms.

“The presidential council takes note of the prime minister’s statement two days ago that a new MoU will not be signed. This means the MoU sealed on 13 September 2021 remains in force as long as the 14th Parliament is not dissolved as stated in Item 2.1 of the MoU.

“Therefore, the presidential council orders Pakatan Harapan representatives in the MoU steering committee to carry out meetings immediately with government representatives to discuss several matters in the MoU that are still outstanding, besides studying matters stated by the prime minister including related to political funding,” they said in a joint statement today.

The MoU refers to an agreement signed between PH and Ismail Sabri last year to support government Bills geared towards key institutional reforms for the sake of Malaysia’s political stability and post-pandemic economic recovery.

The three reform items as listed in the PH statement are to amend the Federal Constitution to limit the prime minister’s tenure to two terms or a maximum 10 years; to table and approve the Parliamentary Services Bill, and to amend the Standing Orders to ensure orderly proceedings in both the Lower and Upper Houses of Parliament.

PH also referenced Ismail Sabri’s remarks two days ago that there would not be a new MoU replacing the current deal between his government and the Opposition.

Ismail Sabri was also reported saying on July 27 that he intended to table a political funding Bill, which was not part of the MoU with PH.

The PH leaders took note of this, but also celebrated the passage of the anti-party Hopping Bill in the Dewan Rakyat yesterday.

The PH leaders said they are “very happy and proud” to see 209 MPs vote in favour of the Bill, pointing out that it is equal to 95 per cent support of all MPs.

“This historic constitutional amendment is a big victory for Malaysians,” the PH leaders said, adding that the anti-party hopping Bill was one of the main agreements in the MoU.

The PH presidential council said the MPs’ approval of the constitutional amendment against party-hopping would mean 15 out of 18 items agreed in the MoU had been carried out, which would be equivalent to 83.3 per cent.

The MoU listed a series of transformations agreed on by both the opposition and government, namely strengthening the Covid-19 plan, transformation of the administration, parliamentary reform, the independence of the judiciary, the Malaysia Agreement 1963, and forming a bipartisan steering committee.

However, the current Dewan Rakyat sitting is scheduled to end next week and will only resume in October for the tabling of next year’s Budget, which leaves little time for the federal lawmakers to debate the other institutional reforms desired by PH. — Malay Mail