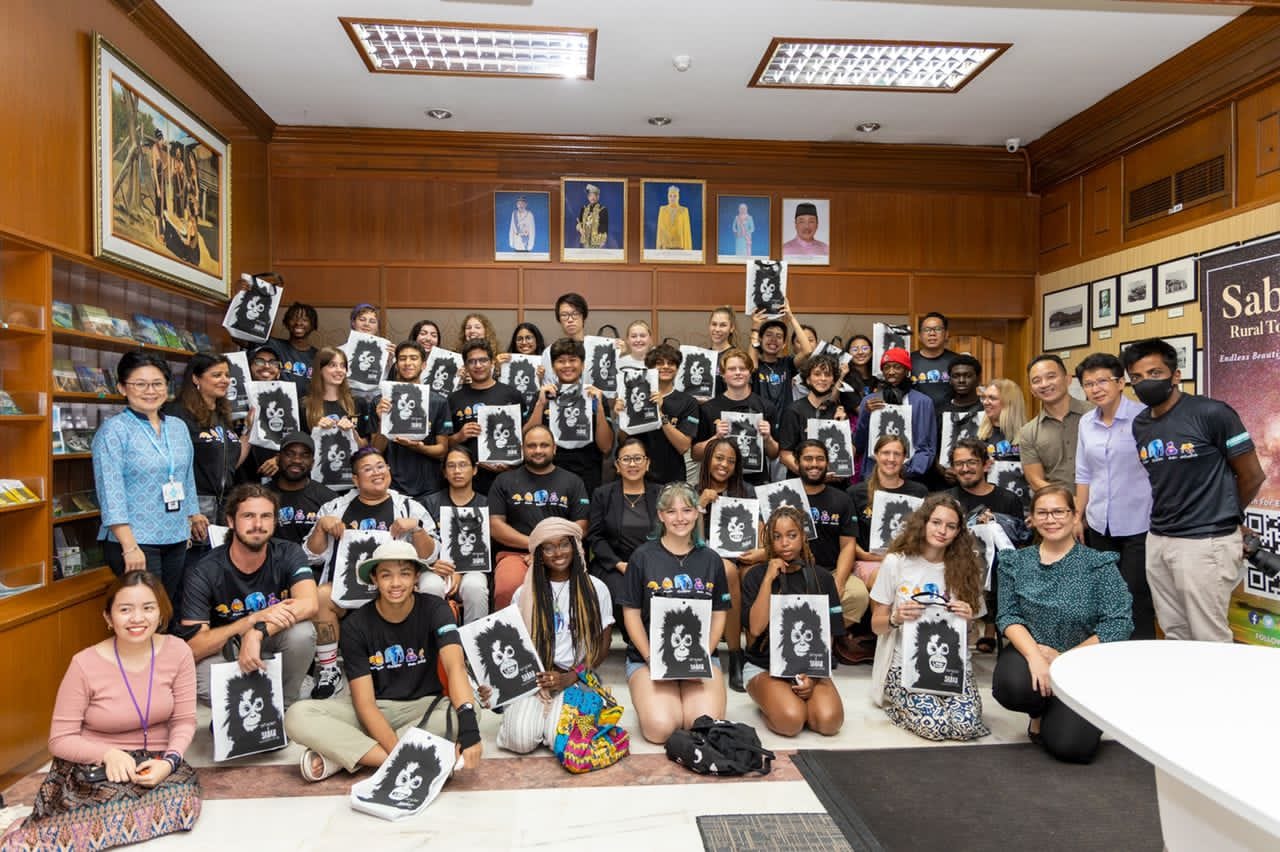 KOTA KINABALU (July 29): Sabah is playing the role of a “classroom” for 34 international students as they spend two months learning about state’s diversity and acquiring fresh experiences that they may incorporate into their lives back home.

The students, aged between 15 and 17, are from the New York-based Think Global School – the world’s first travelling high school.

They live and study in a different country every semester, engaging in place-based and project-based learning pertinent to the nations they visit.

The school’s principal, Adnan Mackovic, said the goal of their visit to Sabah is to help the students and teachers better comprehend Sabah culture in particular and the biodiversity that exists here.

“I’ve personally been to Sabah twice for conference. That’s how I became aware of Sabah and made preparations to travel here with a group of students right before the pandemic struck.

“We wanted our students to experience what we have learned and what we know about the cultural and natural diversity in this state. We believed that Sabah would be the ideal location for some of them to encounter cultures that were different from their own and to understand how such a diverse culture could coexist,” he said.

The students arrived in the state on July 5, accompanied by 11 Think Global teachers. They come from many different places, including the Middle East, the United States, Canada, South Africa, Northern Europe, and Asia.

During their stay, the group had visited Mari-Mari Cultural Village for cultural immersion and hiked Mount Trus Madi, the second highest mountain in Sabah.

They also participated in activities with the local villagers to learn about rice cultivation. In addition to this, they learned how to cook using traditional bamboo and jungle survival skills such as identifying edible wild plants.

Mackovic also said the students would get to visit the forest reserve, wildlife rehabilitation centres, and an opportunity to go diving among other things.

In welcoming the group, Noredah encouraged students to gain as much experience as they could and to share what they had learnt with their families as well as peers once they returned home.

“Think Global School’s presence in Sabah means a great deal to us since it promotes our state by allowing students to learn about local places, local history, the many ethnic groups and their way of life.

“While we continue to promote Sabah as an eco-tourism hotspot, we also want visitors to see it as a place where they may expand their horizons via education,” she said, adding the Sabah Tourism Board supports activities that teach young travellers useful lessons.

The students’ schedules will include a learning session on blog and content writing with the Sabah Tourism Board’s Communications and Digital Unit.

The purpose of this session is to teach the students how to communicate what they have learnt and how they may contribute to the promotion of Sabah.

On Aug 30, the students will give presentations and they will discuss what they have learned throughout their trip and their individual projects. Public are welcome to attend the sharing session at the Sabah State Library in Tanjung Aru.