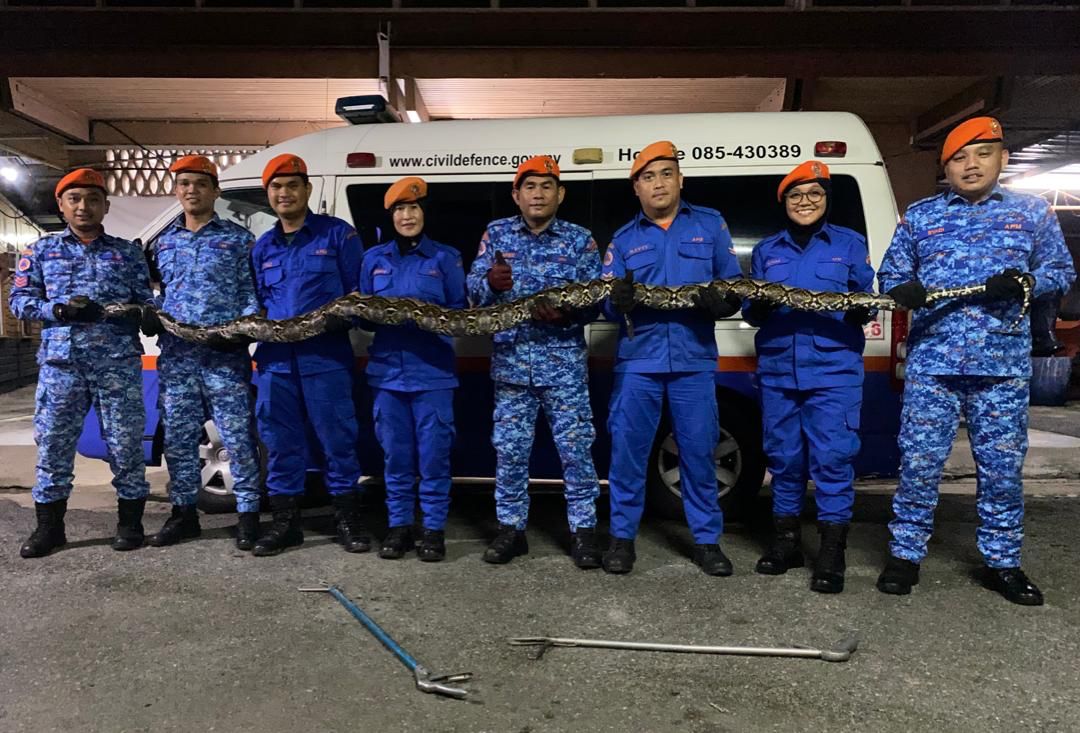 The team from APM Miri take one for the album with the python before releasing it back into the wild.

According to APM Miri officer-in-charge Captain (PA) Usman Harto in a statement today, they received a distress call from the home owner at 7.54pm.

He said they immediately despatched a team to the house after the call.

“When they arrived, the team found the python which was estimated to weigh about 40 kilogrammes on a beam inside the house,” he said.

Usman said it took them almost 30 minutes to capture the snake.

“After catching it, they released the python back to its habitat,” he said.