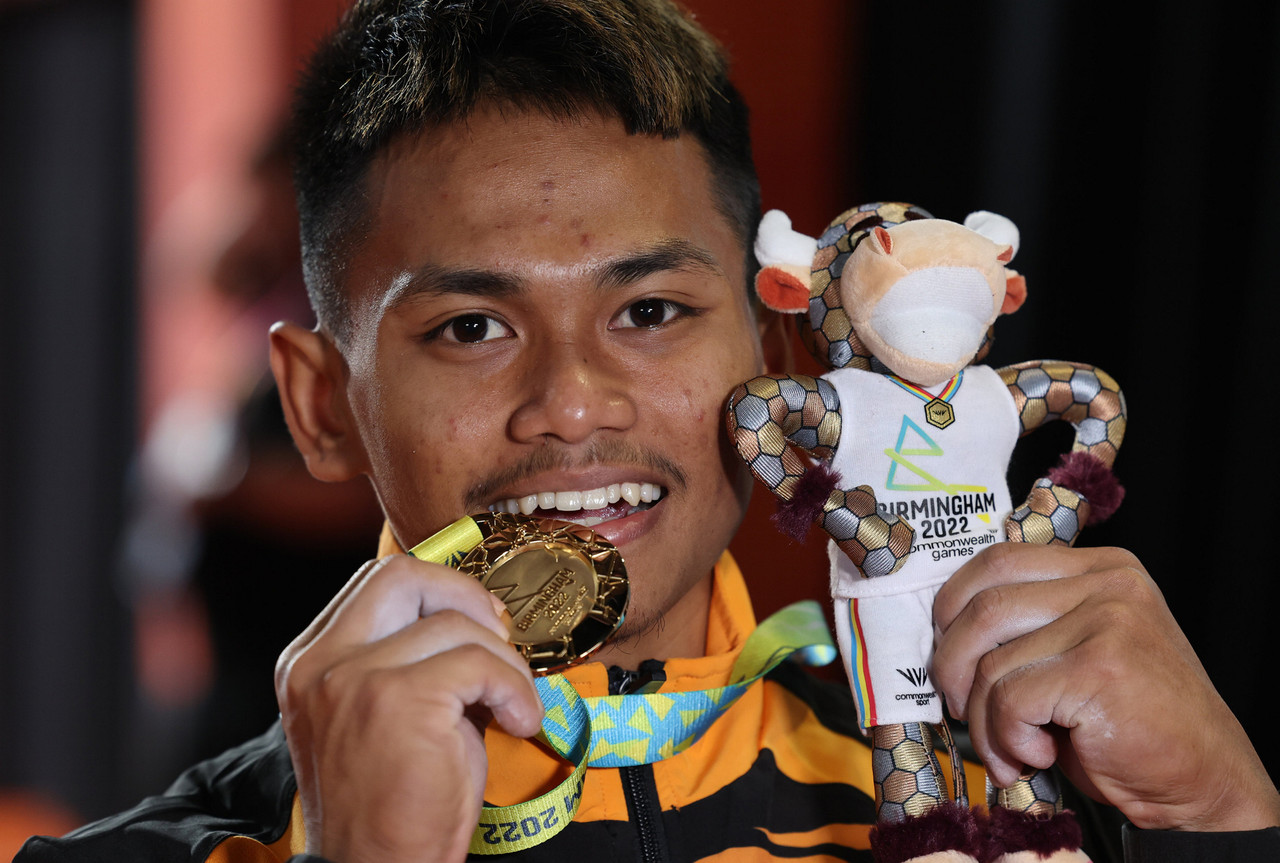 Ismail Sabri also hopes that the Malaysian contingent will continue to contribute more medals for the country. – Bernama photo

“Alhamdulillah, the first gold medal for the national contingent at the 2022 Commonwealth Games! Congratulations to Mohamad Aniq Kasdan who excelled with a combined total weight of 249 kilograms (kg) to give the country’s first medal.

“Even sweeter, Mohamad Aniq’s achievement is a new tournament record as well as his first appearance at one of the world’s biggest tournaments,” he said in a post on Facebook today.

Ismail Sabri also hopes that the Malaysian contingent will continue to contribute more medals for the country.

Mohamad Aniq, 20, performed brilliantly to win gold in the men’s 55kg category with a total weight of 249kg after successfully lifting 107kg in the snatch and 142kg in the clean and jerk.

His success was proof of his weightlifting prowess as the 28-year-old managed to defend the gold he won in the 2018 edition in the Gold Coast, Australia. – Bernama