Monday, August 15
You are at:Home»Features»Binding work and family through labour of love

Sarawak’s first and nation’s only Indian woman penghulu has carved an image of a hardworking woman in her business pursuit, yet mindful of her family’s well-being 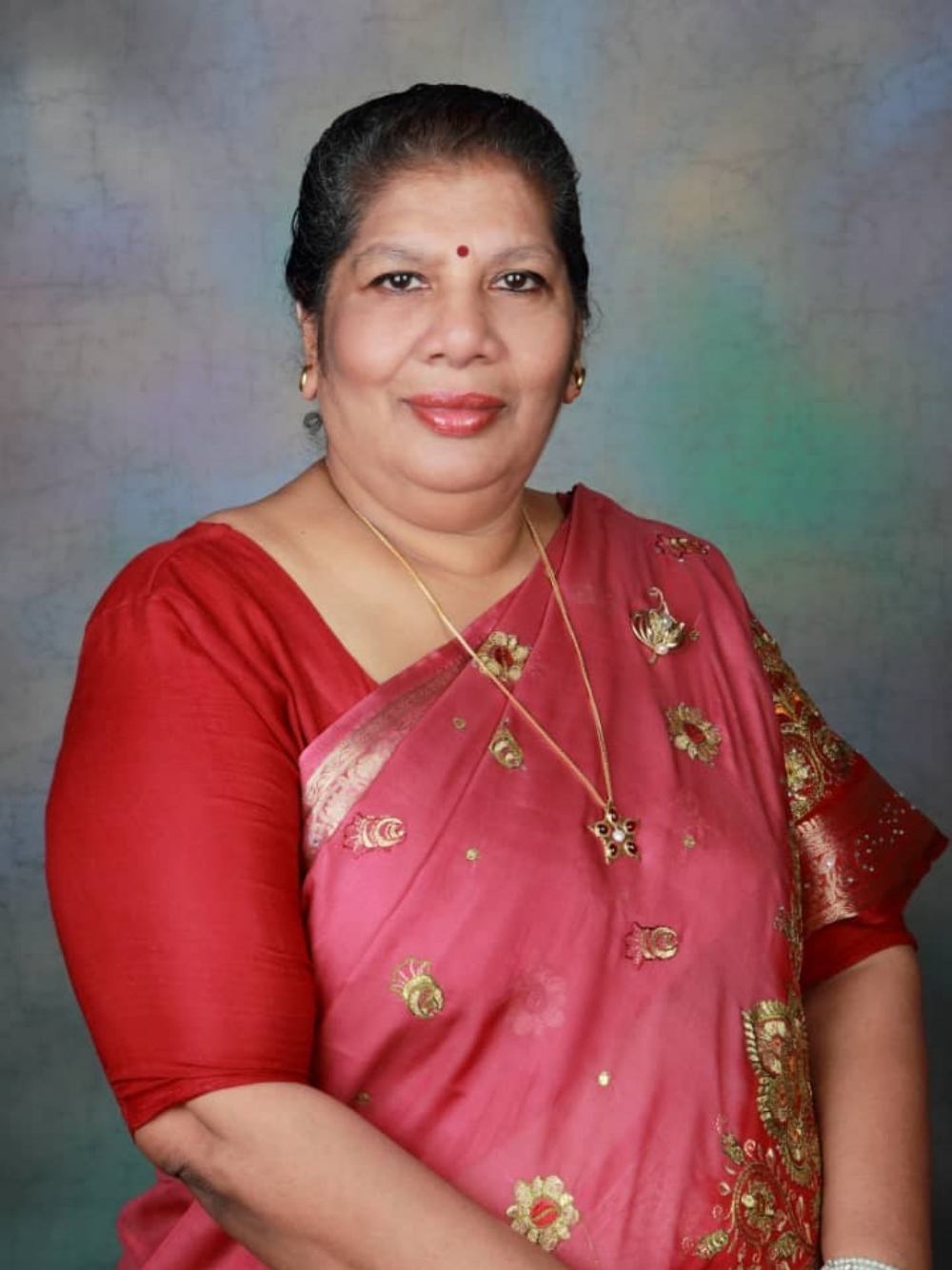 Lucy is the first Indian woman ‘Penghulu’ in Sarawak, and the only Indian woman in the nation holding the post.

AS a child living in Kuching, Penghulu Lucy Lingam grew up in a neighbourhood that was ethnically and religiously diverse. Harmonious coexistence in the state had been the norm from time immemorial and respect was high.

Harmony in diversity was a priceless inheritance in Sarawak. It was a legacy that would last for posterity and indeed, had made the land of many races a proud state within Malaysia.

Growing up against this background, Lucy prides herself as a true Sarawakian.

Like her mother, she was born in Kuching while her father was from India. The latter came to Sarawak while working as a civil engineer for an international company during the British colonial era.

Although both of her parents were Indian, Lucy only speaks a spattering of Tamil.

As a student of St Teresa’s School in Kuching, she mingled with friends of different racial and religious backgrounds, communicating either in local Malay and Hokkien, besides English.

“I have difficulty in speaking Tamil, but I can understand the language,” she admits.

“When my father finished his contract in Sarawak, he went back to India, but my mother chose to stay.

“Later, she married Jeffrey Pansing, a Kadazan she met while working in Kota Kinabalu, Sabah.

“As a result, we spoke local Malay at home.”

Lucy went to India to visit her relatives from her father’s side for the first time only after her stepfather died.

“I have fond memories of my Kadazan father, who raised me as his own while he had four children with my mother. Because of that, I never thought of visiting my relatives from my father’s side in India when he was still alive.”

On her first trip to Kerala, where her father originated, she was told that he was a freedom fighter.

‘You were a freedom fighter’s daughter’, her relatives told her.

She was proud of him. Similarly, her late father would have been proud of his daughter as she contributes actively to society, and the state at large.

Lucy is the first woman ‘penghulu’ for the Indian community in Sarawak, and the only Indian woman in the nation holding the post. She was designated as ‘Penghulu India’ (Indian Chief) in 2019 which, of course, made her community proud.

The appointment was attributed to her political involvement in one of Sarawak’s major political parties, Sarawak United People’s Party (SUPP). She joined the party back in the 1980s at the invitation of its branch leader.

For Lucy, who was then an executive at a local hotel, her decision to join the party was purely based on her desire to develop her networking as the hotel manager.

She did not know about politics — she just wanted to bring in business to the hotel.

“Initially, it was for networking, if not just for fun,” she recalls with a chuckle.

The impromptu decision turned out to be a determining factor that contributed to her active involvement in society as she soon got hooked on politics.

Her first taste of campaigning in the Sarawak state election was in 1990. With the help of the Indian Association where she sat on the executive committee, she managed to reach out successfully to Indian voters for the party’s candidate, Chan Seng Kai, in the Batu Lintang state constituency.

“Today, I understand the importance of politics. Through politics, we can voice our societal concerns for meaningful changes. When we get involved in politics, voters will come to you with issues and problems, and you will be able to reach out more effectively to the people,” she says.

Her loyalty to the party is unquestionable. It has been more than three decades since she signed up and throughout the years, she has learned better the value of networking in the political as well as business domains. 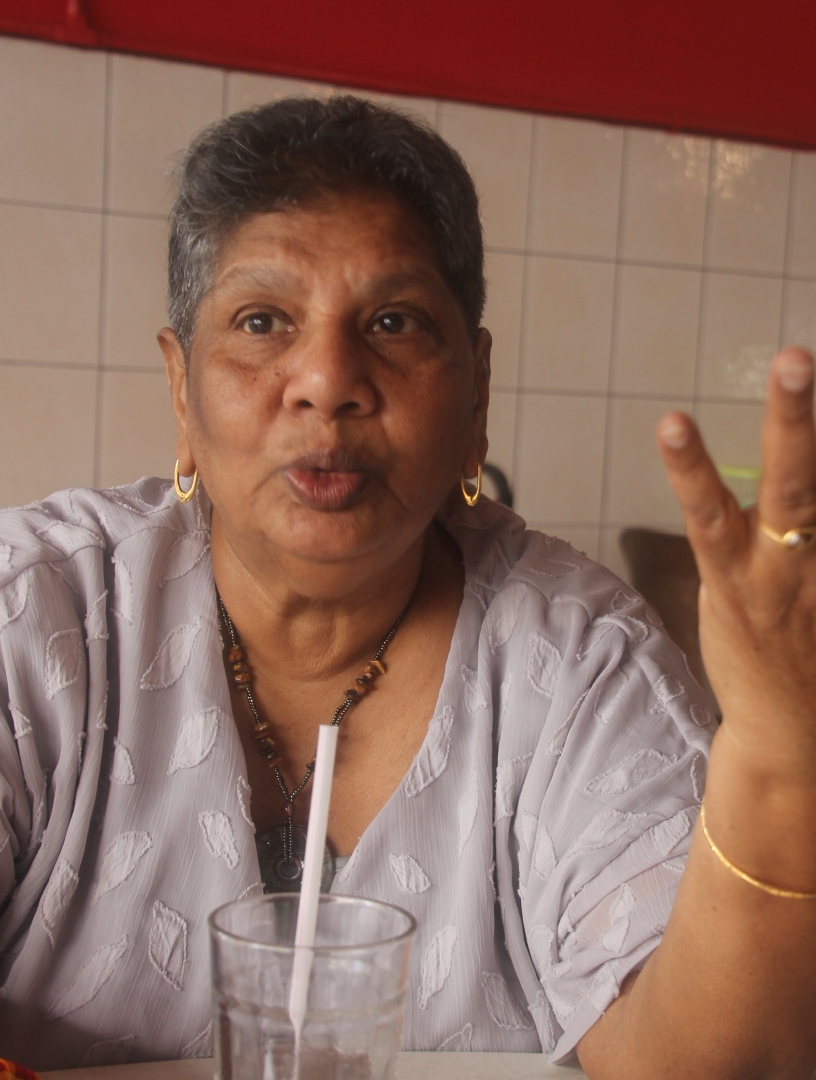 Lucy: Growing up in a mission school and being exposed to others’ religious beliefs and cultures had taught me a lot about respect for humanity.

Much has been achieved through the years.

Lucy had been a ‘Kapitan Cina’ for Batu Lintang area for a stretch of 11 years.

Besides her conscientiousness, she has a close affinity with the Chinese as well as other races, which qualified her for the job that has been traditionally designated for Chinese leaders.

“Kapitan is a term for a Chinese community leader. There is no ‘Kapitan India’ yet, but I have of late stressed on the need for the Indian community to have their own ‘kapitan’ and submitted my proposal.

“In fact, there is an Indian word for ‘kapitan’, but the community has agreed to use the word as it is in honour of SUPP. Well, that’s the spirit of multiracialism in Sarawak,” she prides.

The first Indian to be a member (since 2010) of the Sarawak Women’s Council led by the Minister of Women, Childhood and Community Wellbeing Development Dato Sri Fatimah Abdullah, Lucy is also currently the president of the Sarawak Indian Women Association.

Another of her success stories is the Banana Leaf Restaurant that she started just two months after she left the hotel industry, some 30 years ago. Having stood the test of time, the restaurant, which is famous for its authentic Indian cuisines, is simply a reflection of the resilience and strength of the lady behind it.

“I started from zero, so to speak,” she says.

“In business, there will always be problems. It’s how we manage them. But I was blessed with an assistant that was very reliable right from the first day the restaurant opened.

“She deserves the credit. She is now my daughter-in-law,” she laughs.

Besides her social commitment, Lucy’s concern for family runs deep. As much as she dedicates herself to community work and the restaurant, she is persistent when it comes to handling family affairs.

She had her hair shaved early this year in conjunction with Thaipusam as an act of thanksgiving for her son’s long-awaited decision to resume his studies in law.

“My son, now 46, who failed his final paper in law years ago, is finally studying again.

“It had been his father’s wish, before he passed away, that he continued his law degree.

“As he had promised his dad, he’s also self-funded to show that he’s capable.

“I considered it all a blessing from above, and was moved to shave my hair as an expression of gratitude to The Supreme.

“Growing up in a mission school and being exposed to others’ religious beliefs and cultures had taught me a lot about respect for humanity.

“I’m a moderate person when it comes to religion, and my husband would not have expected me to shave my hair.

“It is a Hindu ritual to thank The Supreme whilst showing to the world that he exists.” 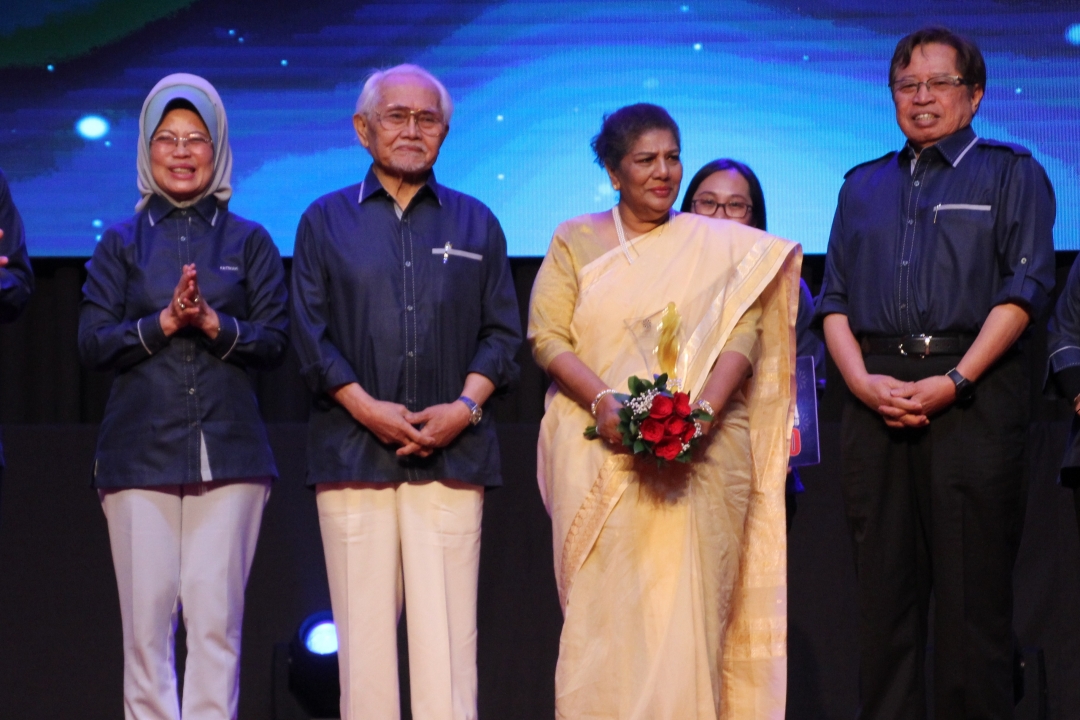 As a mother, Lucy could not be happier just to see all her three children progressing well in their lives.

The eldest is a law student, and her two younger daughters are medical doctors.

While contributing to society, Lucy makes sure that she gets her priority right.

She makes it a point to put family wellbeing before anything else.

Suffice to say, it is this part of her that adds weight to her credibility as a community head.

When her husband was battling against the effects of stroke, she had to neglect her social service to care for him, aided by her daughter-in-law.

“During his recuperating period, I had to work from home most of the time.

“My daughter-in-law was the one who would bring him for physiotherapy, acupuncture and medical check-ups at the respective places.

“In fact, he was recovering well from stroke, we only lost him to kidney failure,” she recalls.

“It was only after his death that I began to have a deep grasp of the meaning of memories.

“A lot of things remind me of him… it’s like living daily in memories.

“Now that he is gone, I feel my life overprotected by my children.

“They think they have to take good care of me. They care so much that I feel like I’m their daughter,” she laughs.

Certainly, Lucy is beginning to experience the fruit of her labour. She has raised her children well, just as she is faithful to her service for the community.

The woman penghulu has come a long way from the days of hard life and persistent struggle against the odds to earn a gainful place in business and in the social and political circles.

Her life has been a learning curve, which has benefitted her and her family and provided her with the knowledge and skills that enable her to achieve a sustainable balance between family and business and social engagements.

A proud mother of three children who are professionals – two doctors and a law student, Lucy has carved an image of a hardworking woman in her business pursuit, yet mindful of her family’s well-being.