Sunday, February 5
You are at:Home»Columns»Uncle DI»‘Kecoh’! Angry voices!
For the freshest news, join The Borneo Post's Telegram Channel and The Borneo Post on Newswav. 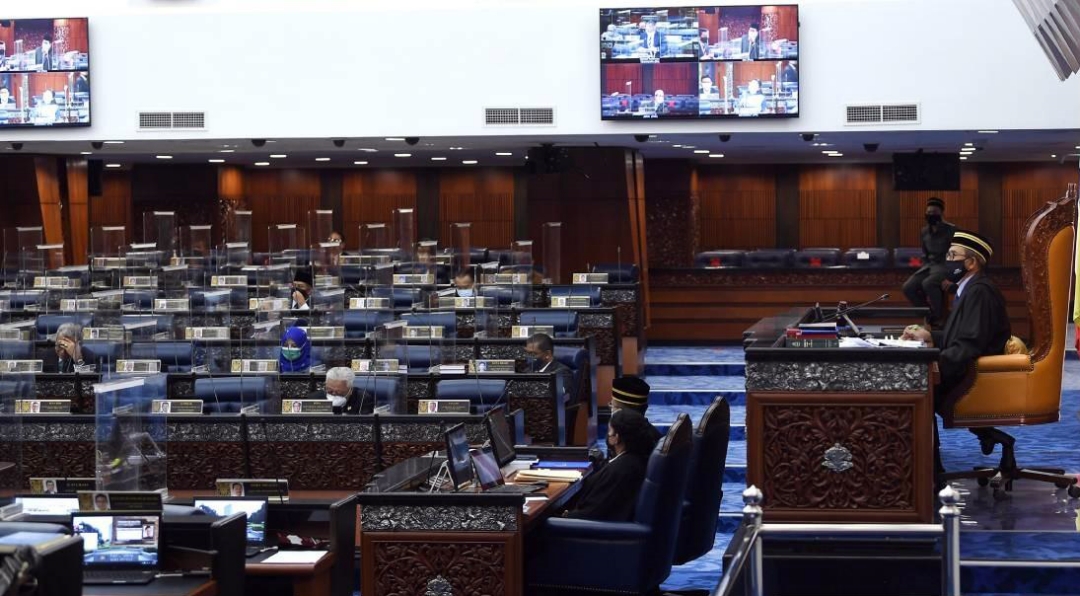 Photo shows the Parliament in session. It is crucial for the government to keep its cards close to its chest for now. — Bernama photo

BELIEVE it or not, angry voices were coming from the august House of Parliament of Malaysia!

Several Members were standing up at the same time to catch the Speaker’s eye and speaking simultaneously, ignoring his rulings, and exchanging harsh words with him.

Like, a teacher in charge of an unruly classroom, issuing ‘keluar keluar’ (out, out) orders; fellow Members interrupting one another in the middle of their speeches.
A real free-for- all!

Contrast that with meetings of the same Parliament in the early years of Malaysia. In my capacity as a civil servant sitting behind my minister, I used to attend many of those meetings.

Order and dignity reigned supreme then.

Use of ‘un-parliamentary language’ was prohibited and casting aspersions on the character of a fellow MP was censured. Serious breaches of the provisions of the Standing Orders were referred to the Committee of Privileges for disciplinary action.

How times have changed, and for the worse!

I have been following the recent debates in the same Parliament held inside the same building.

I rather enjoy the debates, but not the din, confusion and outbursts of un-parliamentary language. The riotous Parliament session last week was so unruly that all sense of decorum went out of the window!

During that particular meeting, the Speaker ordered the removal from the House of a legislator from Sabah, and debarred her from attending meetings of the current session for two days because of her tenacious insistence on her motion being debated there and then.

Apparently, she wanted to initiate a discussion on the seizures of assets belonging to Petronas in Europe by those who claimed to be the ‘heirs of the former Sultan of Sulu’.

She had a right to know what the government was doing about nullifying the decision of the French arbitration court, which had awarded an astronomical sum of money to the claimants.

For that matter, would a territorial dispute concerning France and Luxembourg be heard in the High Court Borneo?

All Malaysians are wondering: “What if we have to part with US$15 billion of their money?”

The fact that Malaysia’s application for a stay of execution was allowed, meaning that not a single peso had passed hands, did not satisfy the MP.

She was visibly upset. For the third time in a row, her motion on the same topic was disallowed.

The rejection was based on the rule of sub judice.

Taken from the Oxford Dictionary of Law, OUP, edited by Elizabeth A Martin and Jonathan Law, 2006, sub judice is defined as:

The ambiguity of this definition is that it does not say about its application in arbitration cases heard in foreign countries. It implies, therefore, that it is applicable only in the courts of the countries inside the grouping known as the Commonwealth of Nations, of which Malaysia is one.

Spain or France are not in this group.

I do not know what the actual wording of the motion in question, so I am guessing as to its purpose. If it was about enquiring how the government was handling the claim to Sabah by the heirs of the former Sultan of Sulu, the substance of the case, had been ably related in Parliament four months ago by the de facto Law Minister, Datuk Seri Wan Junaidi Tuanku Jafaar.

If it were about picking the government’s brain, as a political exercise, perhaps, the Speaker was being cautious. In the course of the discussion of the motion, the government’s strategy to nullify the award might be prejudiced. Something to that effect.

That was probably one of the reasons why a closed-door meeting outside Parliament was later arranged for those MPs, obviously unsatisfied with the assurance in Parliament despite the assurance that ‘Kerajaan tidak berdiam diri’ (the government is not being idle about the issue).

In principle, discussion of the seizures of Petronas’ assets should have been allowed in Parliament. However, considering that the case has not come to a final stage, the Speaker, on the face of it, was being careful for fear that the debate would go out of control.

As the Speaker is sticking to his guns, there is an immediate need for all Malaysians, from Sabah to Perlis, to know about the latest developments in the Sulu Claim. A happy medium must be struck sooner rather than later.

If I may suggest, it would be good if the government could produce a White Paper on the Sulu claim for discussion by Parliament.

Such Paper may explain the historical background of the claim, measures already taken, being taken and will be taken, by the Malaysian government to fight off the claimants in the courts of law.

‘The legal battle is ongoing and we are winning’! That’s what the Sabahans and other Malaysians want to hear!

In the White Paper, the government does not give away hints of what it plans to do next. It keeps its cards very close to its chest.

Another strategy would be: the MPs approach the Speaker to find out what is in the recess of his heart the real reason for his rejection of the motion. Or else, were I the Speaker, I would have invited the Honourable Members for a cup of tea in my office.

The subject is not a matter of a storm in the tea cup. It’s about eight private individuals who, having failed to take away a priceless piece of Malaysia by force of arms in 2013, are going for the money instead – to ruin us financially!