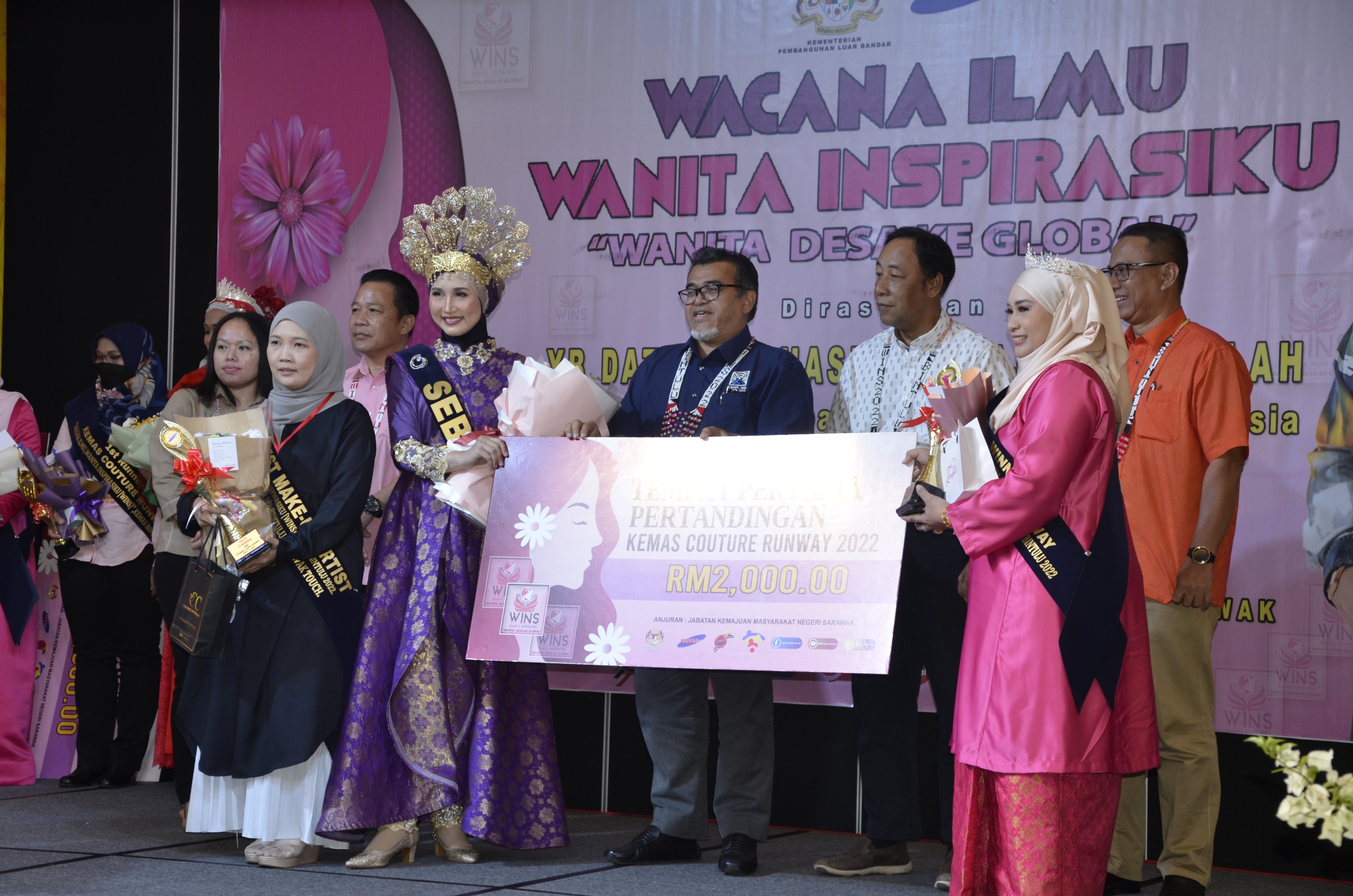 Hasbi (third right) presenting the prizes to the champion of Kemas Couture Runway competition which was the highlight of the programme.

Deputy Minister of Rural Development Datuk Hasbi Habibollah said the programme was capable of enhancing the competitive level among rural entrepreneurs as well as the marketability of rural products. 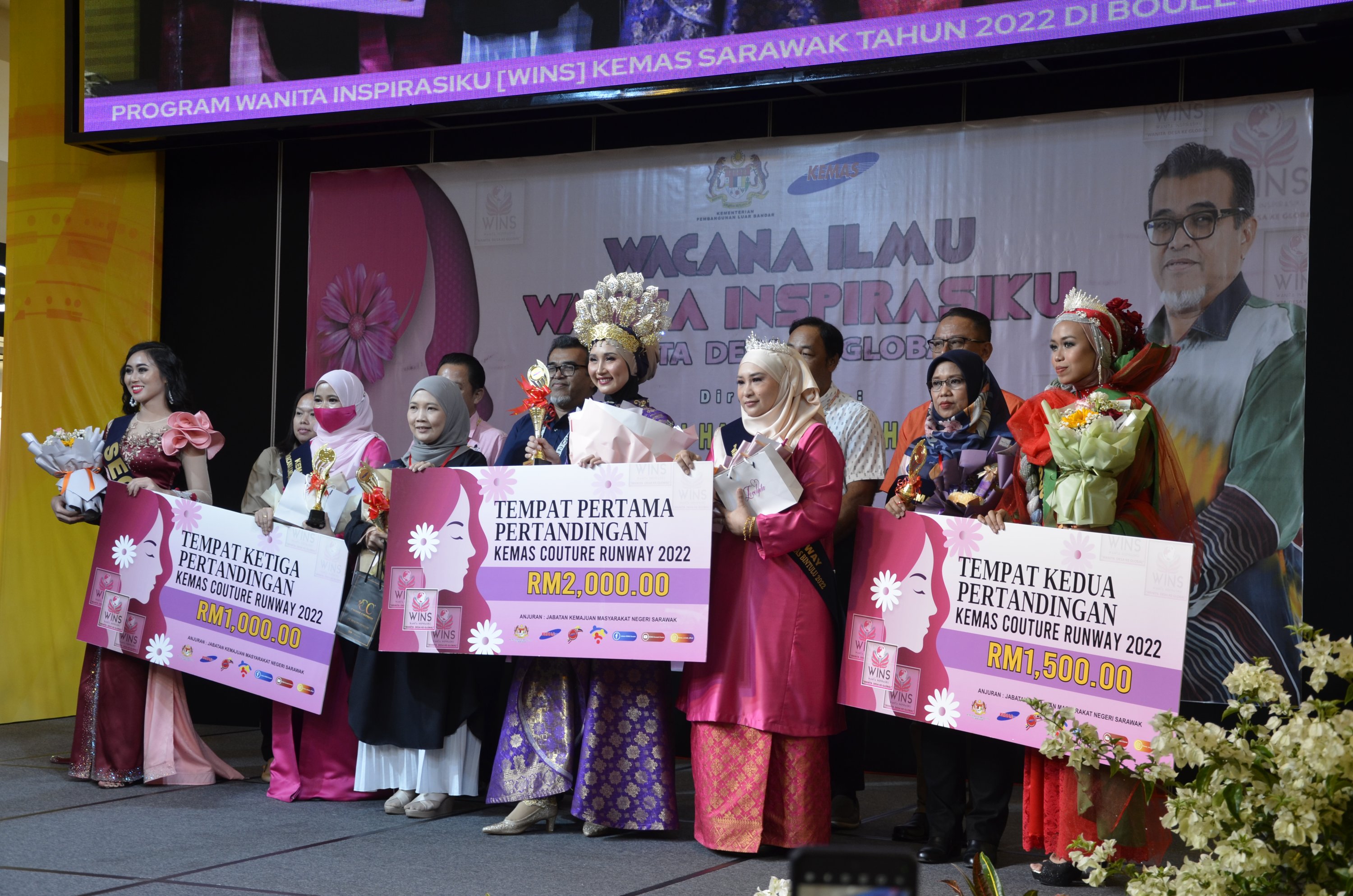 The winners of Kemas Couture Runway competition posing for a group photo.

According to him, WINS is an initiative under the Skills Education Division to introduce and promote the products of entrepreneurs who are under Kemas guidance.

“The initiative of this programme is in line with its objective to create opportunities and platforms for rural products to be accessed by distributors, buyers and users,” he said when closing the programme held at Boulevard Shopping Mall Bintulu here today.

He said from this programme, various products under Kemas namely Quick Win entrepreneurs, Kemas skills class participants, Kemas pilot entrepreneurs and participants from the income enhancement programme such as sewing products, food and handicrafts were showcased to the public.

“Even the participants who joined the exhibition can also improve their knowledge and skills,” he said.

Hasbi believed the programme is the best platform to polish and unearth local talents and skills in producing products that can compete with other established products one day.

He said Datuk Tom Abang Saufi is a local fashion figure who is very creative and full of innovation in dignifying traditional elements since 1985.

“She also commercialises the fabrics painted with ‘Pua Kumbu’ design, which is very synonymous with Sarawakian culture,” said Hasbi.

As for Rabiah Amit, she is known as a creator of modern Sarawak kek lapis and an author of a best-selling cake and biscuit recipe book in Malaysia.

“So it is not impossible that one day, the entrepreneurs who participated in this programme will follow the footsteps of those I mentioned earlier and be entrepreneurs we are proud of,” he said.

In line with Kemas’ vision, which is ‘Penggerak Kesejahteraan Masyarakat Luar Bandar’, Kemas not only focuses on early childhood but also youth and adult development.

He said there are Quick Win and short-term skills workshops for potential entrepreneurs implemented by Kemas.

In the meantime, he also hoped Kemas would redouble their efforts in identifying entrepreneurs outside the city with the potential to be assisted and guided.

“I am sure there are entrepreneurs, especially in villages in rural areas, who have potential but do not know how to promote their products,” said Hasbi.