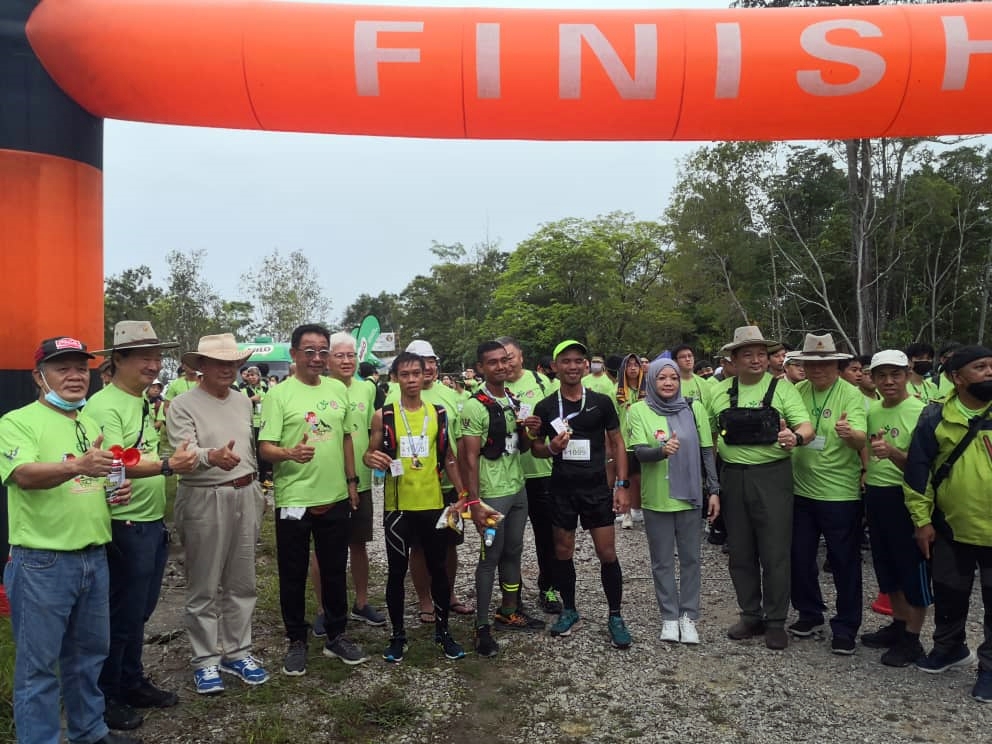 Abdul Karim (fourth left), Mawan (third left) and SSC officials in a photo call with some of the winners of the Matang Warrior Trail Runs.

KUCHING (July 31): The Sarawak Scouts Council (SSC) has been urged to organise more camping and leisure programmes for those who are interested at Matang Scout Camp in Kubah National Park.

Minister for Youth, Sports and Entrepreneur Development Dato Sri Abdul Karim Rahman Hamzah said such programmes could be organised during the school holidays or weekends at the site to promote a healthy lifestyle and strengthen family bonds.

“This site has been entrusted by the state government to SSC to become a place where they can organise activities such as jamborees and so on, and I also believe that this place is very strategic because it is close to the city of Kuching,” he said when met after flagging-off Matang Warrior Trail Runs (10KM, 5KM and 1KM runs) at Matang Family Park this morning.

The event was organised by the Scouts Association of Malaysia Sarawak Branch through the strategic collaboration with the Youth, Sports and Entrepreneur Development Ministry (MYSED) and Sarawak Forestry Corporation (SFC).

About 800 participants participated in the event which was divided into three categories, namely 10KM (Jungle Trail Competition for men and women open); 5KM (Jungle Trail for 13 years and above) and 1KM for Kid Dash (12 years and below).

Meanwhile, Abdul Karim who is also the Minister for Tourism, Creative Industry, Performing Arts, said Sarawak has over 60 national parks and 22 of them have been opened to public so far.

He said the government intends to further improve the facilities at the nature tourism locations, including the national parks in Sarawak.

“I hope to see our national parks’ facilities are upgraded. Apart from being the places for visitors to see the beauty of flora and fauna, they can serve as venues for healthy activities such as camping and so on.

“This will build up the love for environment and spirit of conservation among the population,” he added.