MIRI (Aug 1): The Sarawak Fire and Rescue Department (Bomba) confirmed there is no radiation detected on the metal fragments embedded in the compound of a house in Batu Niah.

Its operation centre said two personnel from the Batu Niah fire station, which included its chief Rary Binjie, had gone to the scene to provide assistance to a team from the Ministry of Science, Technology and Innovation’s Atomic Energy Licensing Board to detect radiation at the location today at 4.50pm.

“Upon their arrival at 5.04pm, the operations commander reported the operation team will not carry out any operation and was only present to provide any necessary assistance.

“The radiation inspection was carried out by the Atomic Energy Licensing Board and after conducting the inspection, it was found the object had shown no radiation,” it said in a statement.

After ensuring the situation was safe, the operations team left the scene at 6.54pm. 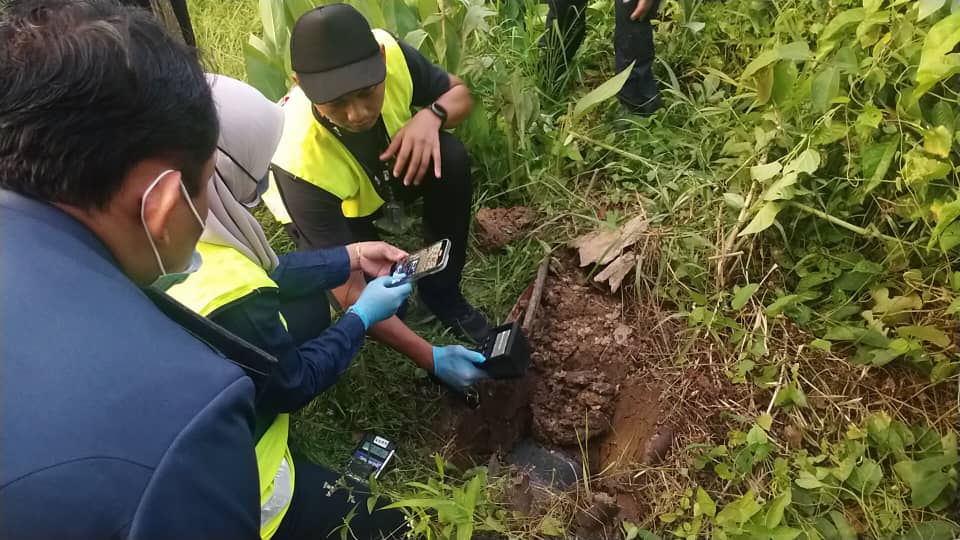 Ahmad Nizam observes as personnel from the Atomic Energy Licensing Board conducts the inspection for radioactivity.

Earlier, district police chief ACP Alexson Naga Chabu had issued a statement confirming that the police had received a report from the resident of Goodwill Garden, Sepupok around 5.30pm on Sunday and proceeded to inspect the area.

The 53-year-old male resident of Goodwill Garden, Sepupok discovered the metal fragments around 8am on Sunday and contacted the police as he believed the fragments came from China’s Long March 5B rocket.

However, Alexson added that police could not confirm the origin of the metal fragments and have asked for help from the Hazmat team of the Fire and Rescue Department (Bomba) and Mosti (Science, Technology and Innovation Ministry) to analyse the scene.

Meanwhile, Ahmad Nizam when contacted said the object has yet to be identified and the scene was declared safe from radiation as of Monday evening.

“The aerospace and Mosti teams will come from Kuala Lumpur tomorrow morning to carry out the final inspection,” he added.