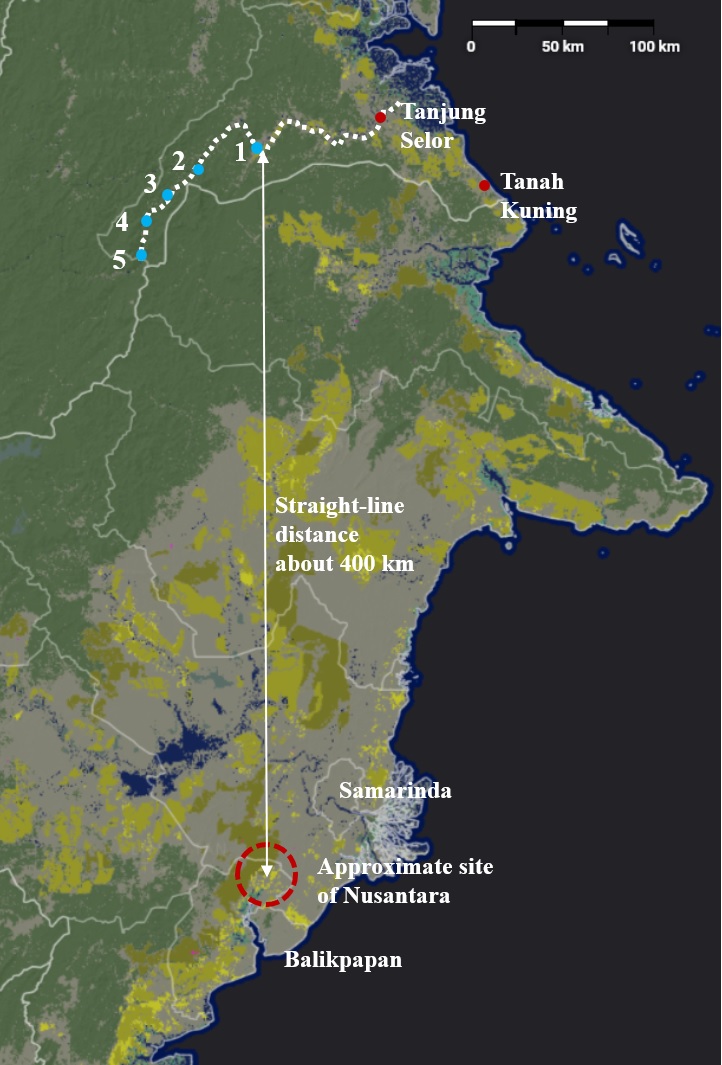 Figure 1. Location of Kayan Hydropower Stations (created by the author based on data from rainfoerstjournalismfund.org, with the base map from Nusantara Atlas)

THE relocation of Indonesia’s capital to the coal hinterland in East Kalimantan has raised concerns over its energy sources. As discussed in the previous article, relying on coal is convenient but highly risky in the face of strong global commitments to shift away from coal.

In this regard, the authorities also set their sights on another abundant resource in Borneo, i.e. water, for powering the new capital. The Kayan River, located 400 km north, is deemed an ideal site to realise the hydropower vision.

The river originates in Mount Ukeng in the heart of Borneo, flowing from west to east across the entire province and eventually discharging into the Celebes Sea. It is the sixth-longest river in Borneo, stretching for about 576km, slightly longer than the Rajang River in Sarawak. The provincial capital, Tanjung Selor, sits right at the river mouth.

With a mean discharge of more than 2,200 cubic meters per second over 2016-2020, the Kayan River technically has a great potential for hydroelectric power generation. In 2018, PT Kayan Hydro-Energy and Power Construction Corporation of China signed an agreement to jointly develop the Kayan Hydropower Project with a total investment of 17.8 billion US dollars.

According to the disclosed plans, the project has a staggering target of 9,000MW for its total installed capacity. This target is nearly 4 times larger than the capacity of the largest hydropower project in Malaysia, i.e. the 2,400 MW Bakun Dam in Sarawak.

The Yunnan Province is a prominent case. It ranks 24th among the 31 Chinese provinces in population density but dominates the country’s hydropower boom. By 2018, the province’s total hydropower capacity exceeded 66,000 MW. The key idea was to make Yunnan a regional ‘battery’, exporting electricity to the surrounding industrial hubs, including those in the Guangdong province, through a 2,000km, long-distance transmission. Meanwhile, the provincial government also locally developed electricity-intensive industries, such as aluminium smelters, to digest the excess power as much as possible.

For North Kalimantan, the 9,000MW capacity of the planned Kayan Hydropower Project is astounding, given the relatively small population in the Kalimantan provinces. While one of the project goals is to power the new capital and thereby reduce its reliance on coal power, the electricity generated at such a capacity will be easily more than enough to fulfil the demand of more than 30 million Indonesians.

At present, the combined population of North and East Kalimantan is less than 5 million, of which about 2 million are concentrated in the proposed Nusantara metropolitan area.

In fact, another main goal of the project is to accelerate the industrialisation process in North Kalimantan by supplying electricity to the planned ‘Green Industrial Park’ in Tanah Kuning, which is about 100km to the south of Tanjung Selor.

The 30,000-hectare industrial park, the largest of its kind in Indonesia, will be essential to achieving the country’s ambition to move up the global value chain. In addition to industrial silicon and aluminium, it will focus on producing solar panels and batteries for electric vehicles, using nickel and cobalt from Sulawesi and the Maluku Islands as key ingredients and powered by the Kayan Hydropower Project.

The Indonesian government brands the park as a ‘green’ industrial zone that will create tens of thousands of jobs and the main engine of growth in North Kalimantan.

However, like other hydropower projects, the Kayan Hydropower Project also carries serious environmental risks. The project occupies a total area of ​​about 12,000 hectares, with the sites designated for Kayan II to Kayan V currently covered with large tracts of dense rainforest (see Figure 1).

Flooding the forests to create reservoirs will cause serious environmental impacts. It not only destroys wildlife habitats on site but also affects the surrounding ecosystems by altering the hydrological systems, such as water temperature, chemistry, and flow characteristics.

Moreover, the Kayan Hydropower Project also involves the displacement of local people and villages to make way for reservoirs. Relocation and resettlement will be a challenge that needs to be handled with care, as notorious cases in which indigenous people were treated badly were reported worldwide. So far, two villages in Kecamatan Peso, Desa Long Lejuh and Desa Long Peleban were reportedly forced to leave their homes and make way for the project. It seems that the communities were not involved in the planning of the projects, and the resettlement plan remained unclear to the villagers until early this year. Neither there were plans to compensate these people nor provide them access to cheap electricity.

President Joko Widodo seems determined to materialise his vision of turning North Kalimantan into an industrial powerhouse, hoping to leave a legacy before 2024, i.e. his last year in office. Under his leadership, the country’s extreme desire to escape material poverty comes thundering down just like the rushing water of Kayan.

Kayan’s plan is just a microcosm of the country’s ambition. If industrialisation is the way to go, critical questions are how the country finds a balance between replacing coal for emission reduction and protecting nature in sensitive areas like the Kayan river, and to what extent the government is willing to do to mitigate the negative impacts.