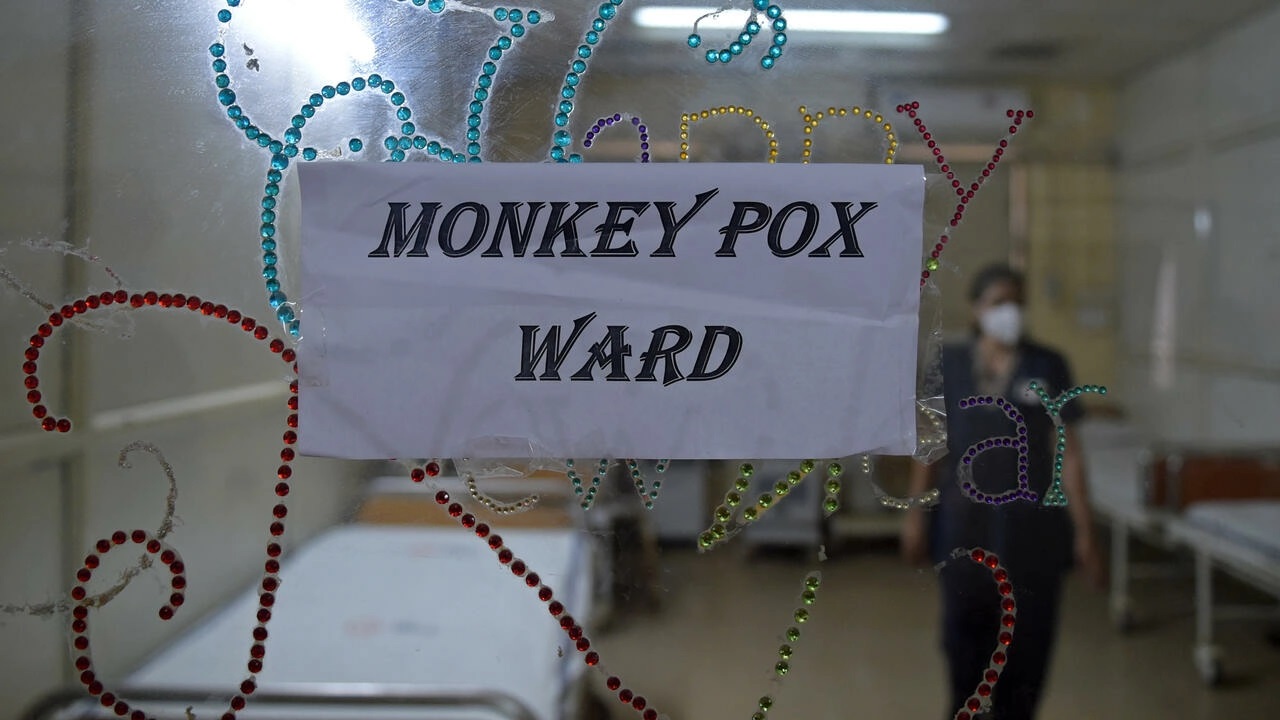 A health worker walks inside an isolation ward built as a precautionary measure for monkeypox patients at a civil hospital in Ahmedabad, India. – AFP photo

Kerala state’s health ministry said tests on the 22-year-old “showed that the man had monkeypox”.

Three monkeypox-related fatalities have so far been reported outside Africa in an outbreak that the World Health Organization has declared a global health emergency.

The Indian man died in Kerala on July 30 around a week after returning from the UAE and being taken to hospital.

It was unclear however whether monkeypox was the cause of death.

“The youth had no symptoms of monkeypox. He had been admitted to a hospital with symptoms of encephalitis and fatigue,” the Indian Express daily quoted Kerala’s health minister Veena George as saying on Sunday.

Twenty people identified as high risk of infection were being kept under observation, she added, including family members, friends who played football with the man and medical staff.

According to the WHO, more than 18,000 monkeypox cases have been detected throughout the world outside Africa since the beginning of May, most of them in Europe.

It is however unclear if monkeypox actually caused the three fatalities, with Spanish authorities as of Sunday still carrying out autopsies and Brazilian authorities saying its deceased patient had other “serious conditions”.

The WHO’s European office said on Saturday that more monkeypox-related deaths can be expected.

“With the continued spread of monkeypox in Europe, we will expect to see more deaths,” Catherine Smallwood, Senior Emergency Officer at WHO Europe, said in a statement.

The goal needs to be “interrupting transmission quickly in Europe and stopping this outbreak”, she said.

India has reported at least four cases, with the first recorded on July 15 in another man who returned to Kerala from the UAE.

Kerala’s health ministry said in its statement on Monday that a high-level team from the state medical board would probe the death.

Primary tests from the National Institute of Virology in the city of Pune showed that the man had the variant from West Africa and that more genetic tests would be conducted.

“The disease is nobody’s fault. Those who have symptoms should inform the health department so that the spread can be contained,” the ministry said, adding that there was “no need to panic”.

It added that the man’s family only informed doctors on July 30 result of tests conducted in Dubai on July 19, by which time he was in a critical condition.

It added that there were 165 passengers on the same flight from UAE but that “nobody is a close contact”.

Monkeypox, so called because it was first discovered in a monkey, is related to the deadly smallpox virus, which was eradicated in 1980, but is far less severe.

Early signs of the disease include a high fever, swollen lymph glands and a chickenpox-like rash.

In May 2022, a flurry of cases was detected in countries outside Africa in people with no travel links to the region.

The WHO last month declared the outbreak to be a global health emergency — the highest alarm it can sound. – AFP