Tuesday, February 7
You are at:Home»News»Sarawak»Ministry considering legal action over suspected rocket debris found in Bintulu, Miri
For the freshest news, join The Borneo Post's Telegram Channel and The Borneo Post on Newswav. 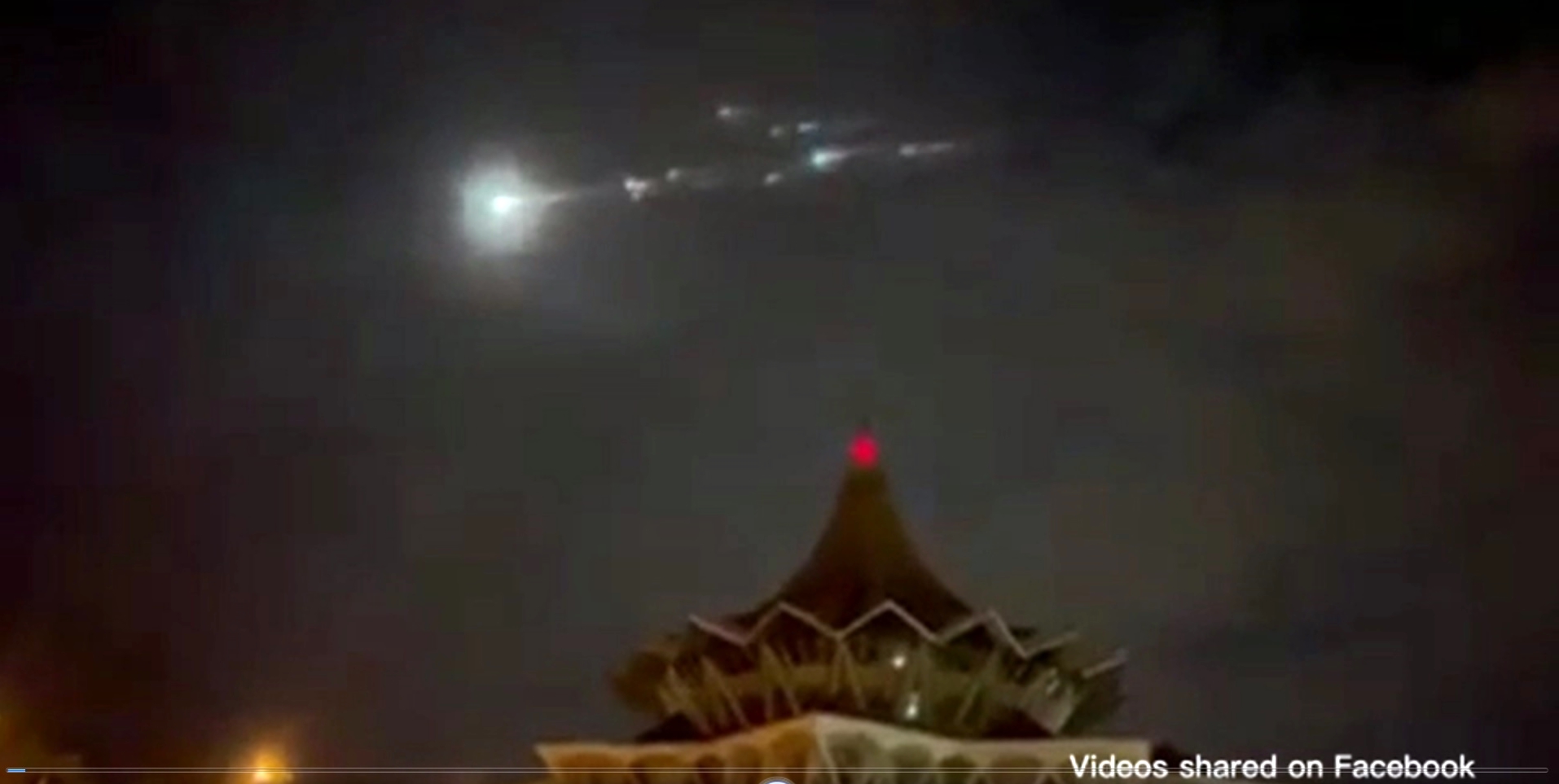 Several bright objects, suspected to be debris from a Chinese rocket that had fallen back to earth, were seen streaking across the night sky in Kuching.

KUCHING (Aug 2): The Ministry of Science, Technology and Innovation (Mosti) will consider actions to be taken based on local law and an international space-related treaty over the suspected rocket debris that landed in Bintulu and Miri on Sunday.

In a statement, the ministry said reports of the investigation and analysis of the suspected rocket debris would be shared once completed and actions would be considered in line with the Malaysian Space Board Act 2022 and the United Nations Office for Outer Space Affairs (UNOOSA) international treaty.

“Mosti, through the Malaysian Space Agency (Mysa), will cooperate with Malaysian Chemical Department to carry out detailed investigations on the two suspected objects to determine whether they are indeed the rocket debris related to the atmospheric re-entry of the Chinese Long March 5B rocket,” said the ministry.

Based on preliminary investigations, Mosti confirmed that no element of radiation was emitted from the suspected rocket debris found in two villages on July 31.

The ministry said an investigation team was activated on Aug 1 comprising the Space Command Division, Mysa and Atomic Energy Licensing Board (AELB) to carry out preliminary investigations on the suspected rocket debris.

“At about 1.45pm on Aug 1, four personnel from AELB Bintulu district together with the Hazardous Materials (Hazmat) special team, Fire and Rescue Department (Bomba), and the Royal Malaysia Police Bintulu had carried out investigations at the first location at Kampung Nyalau, Bintulu,” said Mosti.

A preliminary investigation on the first object measuring about five inches in Bintulu found it did not emit radiation or contain elements of radioactivity.

The same preliminary investigation conclusion was arrived at for the suspected rocket debris found in Batu Niah.

The ministry therefore said both objects were safe to be further investigated and analysed.

“Early investigations were carried out at the scene to ensure there was no element of dangerous radiation that might be emitted from the suspected objects, before further investigations are to be conducted,” said the ministry.

On Sunday, Mysa had issued a statement confirming that rocket debris suspected to belong to the Chinese Long March 5B rocket had entered Malaysian airspace around 12.55am.

It identified the Sulu Sea in the Pacific as the re-entry location of the rocket debris.

Upon re-entry, the rocket is believed to have burnt up in the atmosphere and was seen crossing the airspace of several areas in Sarawak.

The Chinese Long March 5B rocket was launched from the Wenchang Spacecraft launch site on July 24 to send the 23,000kg Wentian module to the Tiangong Space Station.

Previous ArticleMore Heart of Borneo scientific expeditions ahead for Forest Dept
Next Article Baru to Lun Bawangs: Come together to address drug abuse issue in Lawas