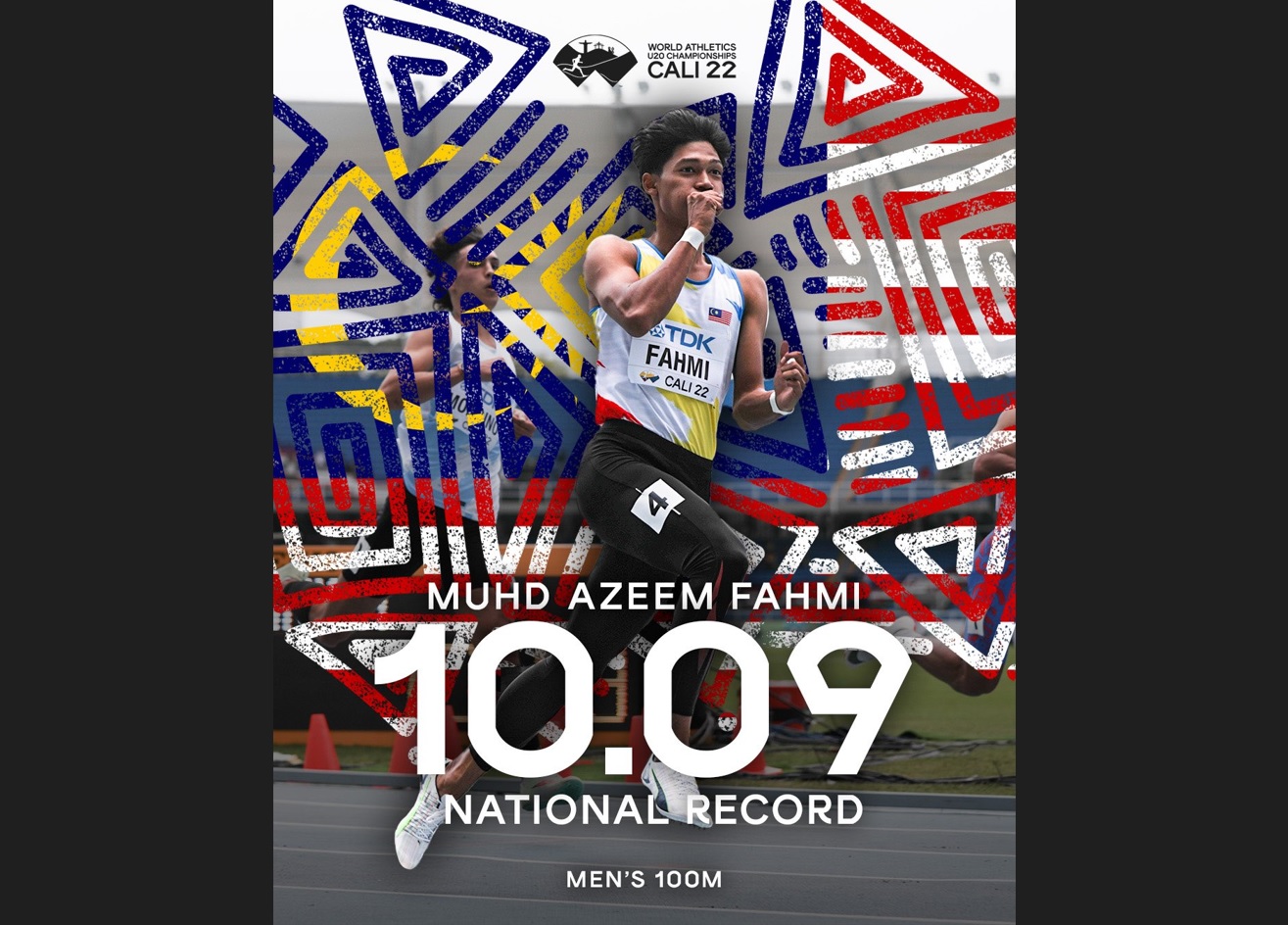 Muhammad Azeem’s record of 10.09s in heat eight saw him emerging the first runner to cross the finishing line, surprising 19-year-old Japanese athlete Hiroki Yanagita, who finished second with a time of 10.24s.

Muhammad Azeem and Yanagita each confirmed their spot in the semi-finals scheduled to take place tomorrow.

Meanwhile, only 19-year-old Botswana Letsile Tebogo, who ran in heat three, recorded a faster time than Muhammad Azeem after breaking the championship record with a time of 10s.

Meanwhile, the 100m and 200m gold medalist at the 31st SEA Games in Hanoi, Vietnam, Puripol Boonson from Thailand won in heat six with a time of 10.20s to confirm his place in the semi-finals.

Muhammad Azeem is fielded in the U-20 World Athletics Championships as the fourth fastest youth in Asia in 100 metres (m) and 200m events based on his records until last July.

Based on the records of the 2022 season, Yanagita is the fastest with a time of 10.16 seconds (s), followed by Boonson (10.19s), Wang Shuang of China (10.23s) and Muhammad Azeem, in the fourth place with a record of 10.28s which was recorded at the Perak All-Comers Athletics Championship last June.

Muhammad Azeem will also take part in the 200m in Cali with the event scheduled to start on Aug 3 (Aug 4 in Malaysia).

”An incredible achievement from Colombian soil!!!. Continue the momentum of this success Azeem,” he said in a tweet on Twitter. — Bernama

Previous ArticleWhite House warns Beijing against turning Pelosi Taiwan visit into a ‘crisis’
Next Article US has killed Al-Qaeda chief al-Zawahiri in Afghanistan: US media