Friday, February 3
You are at:Home»News»Sarawak»Abg Jo cautions against ‘termites’ that could jeopardise S’wak’s devt efforts
For the freshest news, join The Borneo Post's Telegram Channel and The Borneo Post on Newswav. 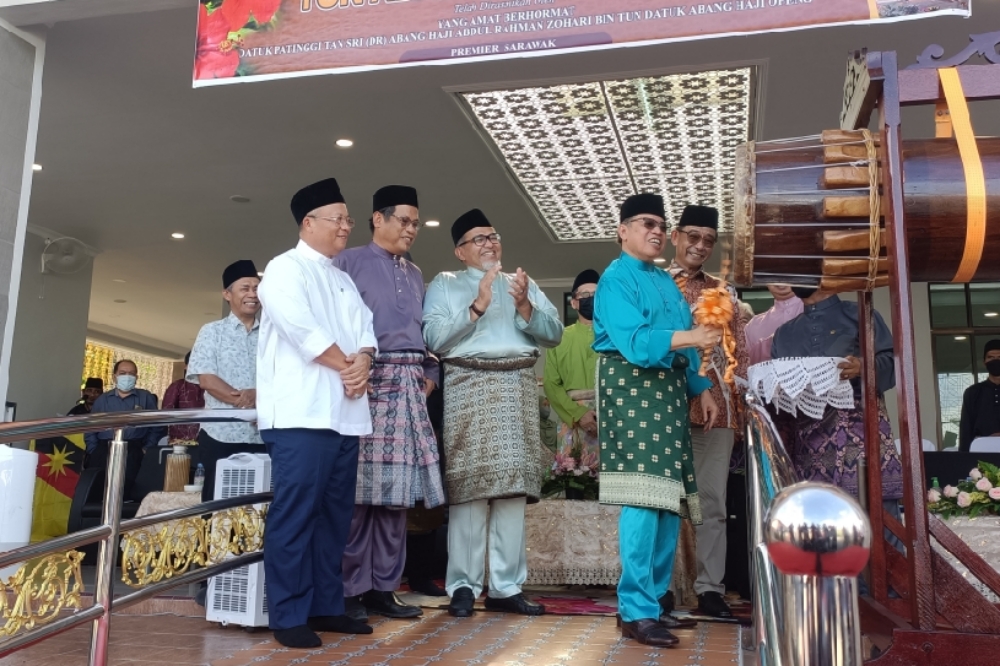 Abang Johari, who is also Gabungan Parti Sarawak (GPS) chairman, said Sarawak must look good not only on the outside but also internally.

“We do not want ‘termites’ in our state. That is why, if we have the character of termites, it will have a bad effect on us. Alhamdullilah, in Sarawak, we do not have ‘termites’ in our effort to develop the state,” he said when officiating the new Surau Darul Ehsan Tun Abang Haji Openg at Kampung Bunga Raya in Limbang today.

He said Sarawak is blessed that its people are living in peace and harmony despite religious differences, thanks to their spirit of respect for each other that has contributed towards political stability in the state.

“We have political stability, and we pray that Kuala Lumpur (federal government) will also have stable politics.

“Avoid having three prime ministers in three years. This is dangerous. For Sarawak, alhamdulillah we have leadership whereby you people have given this Limbang boy the trust to govern the state well,” he said, referring to himself as he was born in Limbang.

He added that even though he had been leading the state for five years, he had a huge plan to develop Limbang and Lawas with the RM1.5 billion allocation under the Northern Region Development Agency (NRDA).

The premier acknowledged that some of the projects in Limbang which include the Limbang Bridge and the Limbang Waterfront have been experiencing delays due to the Covid-19 pandemic.

“We have plans that once the bridge is completed, we want to have a new master plan for Limbang, such as at the other side of Limbang river.

“This is a long term master plan, and I believe that with the roads that are being constructed under the NRDA, Limbang and Lawas will soon be linked with better road connectivity up until Gunung Buda,” he said.

On Islam, Abang Johari said the state government will continue to look after the welfare of the Muslim community in the state, which includes upgrading suraus and mosques as well as strengthening its finances through Baitulmal.

On Surau Darul Ehsan Tun Abang Haji Openg Kampung Bunga Raya, Abang Johari said he was honoured that the new surau was named after his late father who was the district officer for Limbang after World War II until 1951.