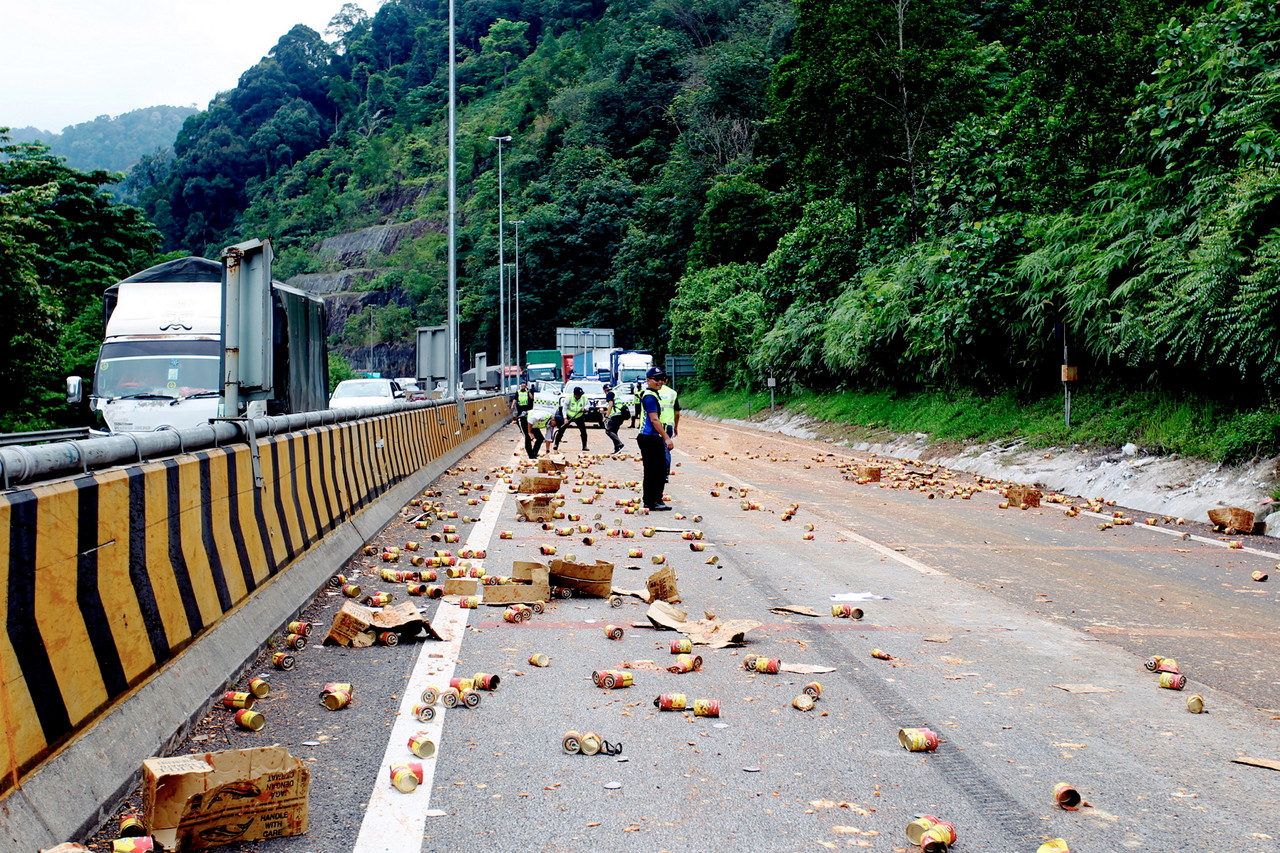 Ruptured cans of sardines in tomato sauce litters the road which had turned it red while work to remove the overturned lorry continues. – Bernama photo

IPOH (Aug 3): A lorry carrying a load of canned sardines overturned across southbound lanes of the North-South Expressway (PLUS) at KM265.9 around 12.43 today closing the road temporarily to traffic from the Menora Tunnel to Ipoh.

PLUS Malaysia Bhd (PLUS) said on Twitter that traffic was backed up for three kilometres and that travellers heading south were being diverted to the Kuala Kangsar exit.

“A contraflow lane was started from KM267.0 to KM265.1 northbound and traffic is slow,” PLUS said.

Bernama saw ruptured cans of sardines in tomato sauce littering the road which had turned it red and that work to remove the overturned lorry was continuing.

Kuala Kangsar district police chief, ACP Omar Bakhtiar Yaacob, said the road will be reopened after the clean-up and removal is done. – Bernama