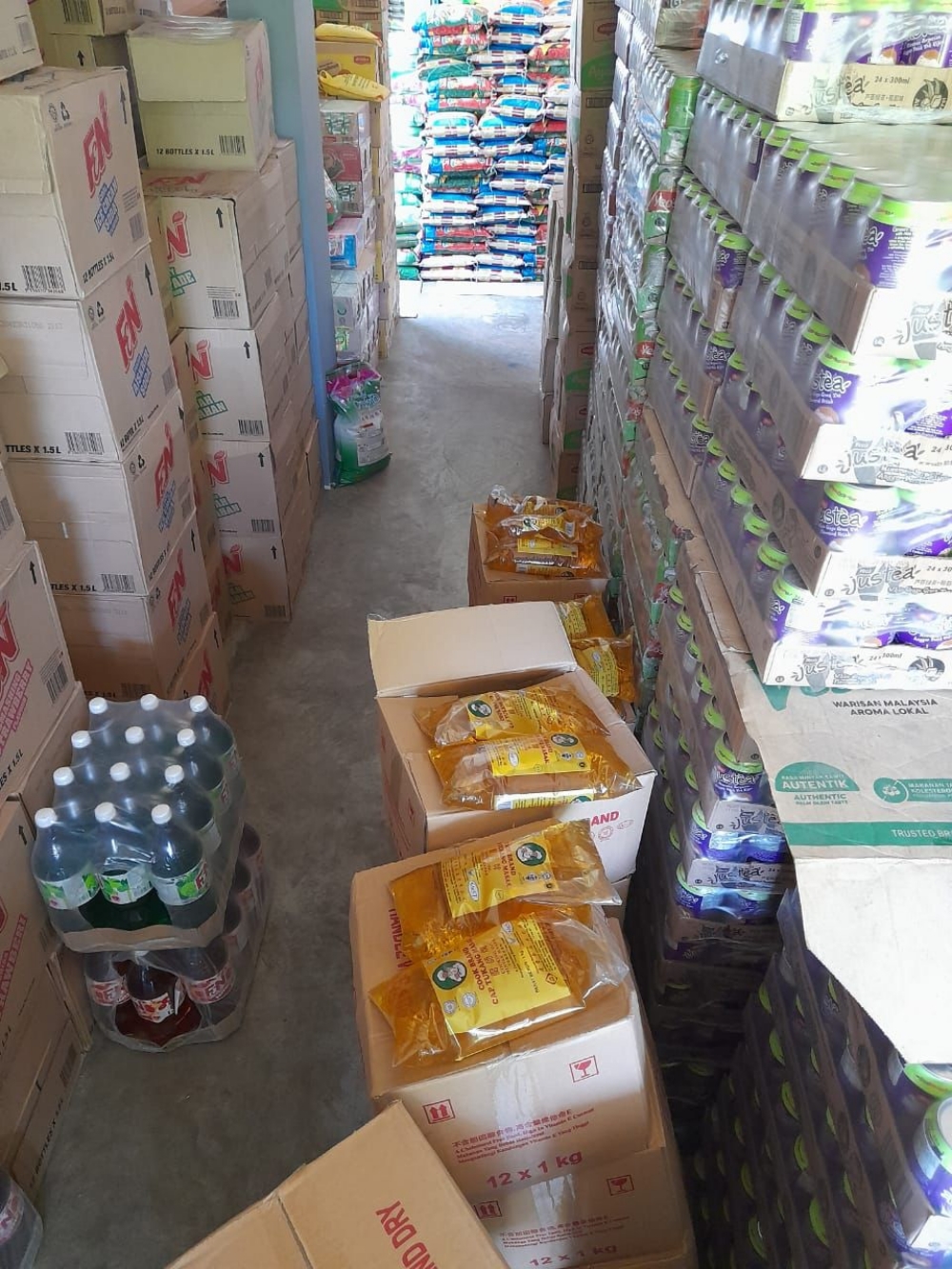 A KPDNHEP Sarawak photo showing the seized 1kg subsidised cooking oil packets that were found hidden inside a premises in Bau.

KUCHING (Aug 3): The Ministry of Domestic Trade and Consumer Affairs (KPDNHEP) seized a total of 1,029 kg of packed subsidised cooking oil amounting to RM2,572 in two separate raids in Bau and Kuching today.

“The business premises is believed to have committed an offence under Section 15 of the Control of Supplies Act 1961,” said Peter in a statement, adding the seized subsidised cooking oil was worth RM840.

On the second case, he said a premises at Jalan Song in Kuching was found to have put up a condition for customers to purchase a packet of 1kg subsidised cooking oil.

It is understood that the business premises made it mandatory for customers to purchase items inside the premises before they are allowed to make a purchase of the 1kg pack of subsidised cooking oil.

This, said Peter, is an offence under Section 19 of the Control of Supplies Act 1961.

There, a total of 693kg of subsidised cooking oil worth RM1,732 were seized.

He added that the ‘Anti Sorok’ campaign has brought a positive impact to customers and business owners.

Since January to August 2 this year, KPDNHEP Sarawak has recorded a total of 720 cases which involved more than RM5.7 million worth of goods being seized. Compounds worth RM502,500 were also issued to errant individuals and traders.

Besides the Anti Sorok campaign, the ministry is also actively monitoring the state’s borders for any smuggling activities together with other security agencies.

This is to deter the smuggling of subsidised goods to the neighbouring country.

“The ministry is warning any individuals or companies to not be involved in any smuggling activities or hiding subsidised goods and controlled items otherwise strict action will be taken against them,” said Peter.

Complaints can also be lodged via their portal at e-aduan.kpdnhep.gov.my, Ez ADU KPDNHEP or email to e-aduan@kpdnhep.gov.my.