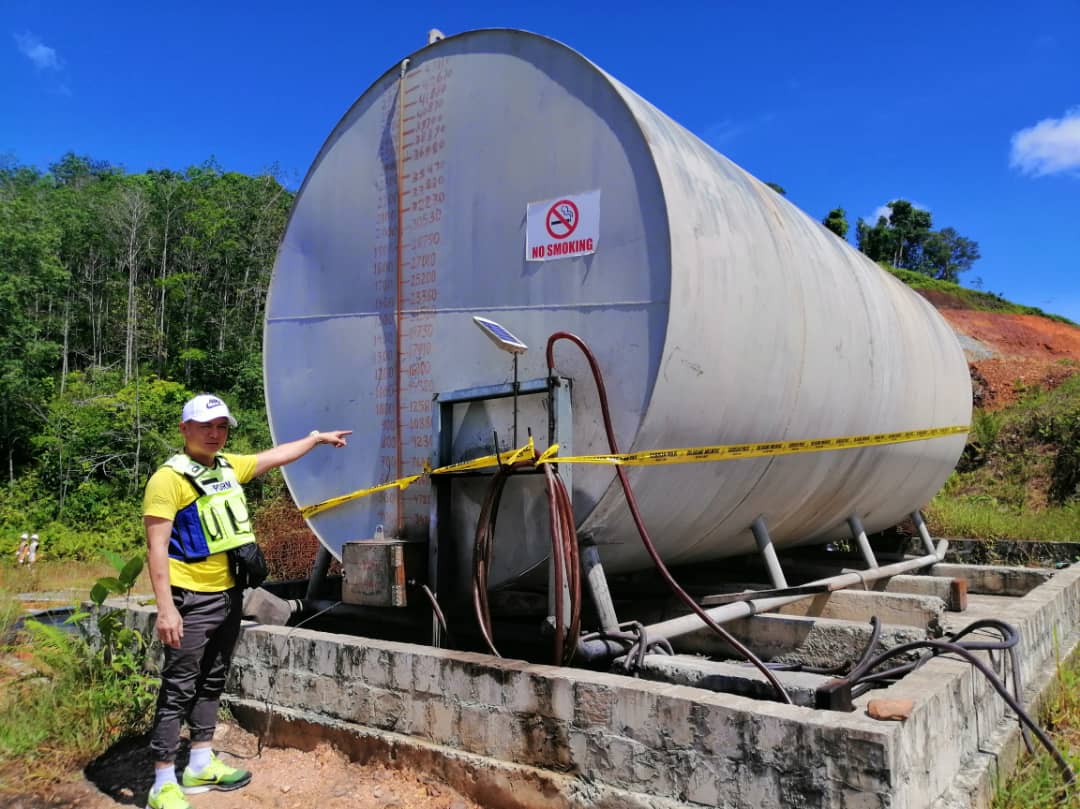 One of the tanks that was seized during the operation.

Mukah police chief DSP Muhamad Rizal Alias said a 35-year-old man was also arrested during the operation which was conducted at around 10.30am.

“A patrol team from Marine Police Region 5 conducted an inspection at the site of an office at the location and found the diesel stored in two tanks.

“The team also arrested a man after he failed to produce any valid documents on the ownership of the controlled items which is an offence under the Control of Supply Act 1961,” he added.

Muhamad Rizal said the tanks were worth about RM20,000.

The seized items were brought and handed over to the Ministry of Domestic Trade and Consumer Affairs (KPDNHEP) Sibu for further action.