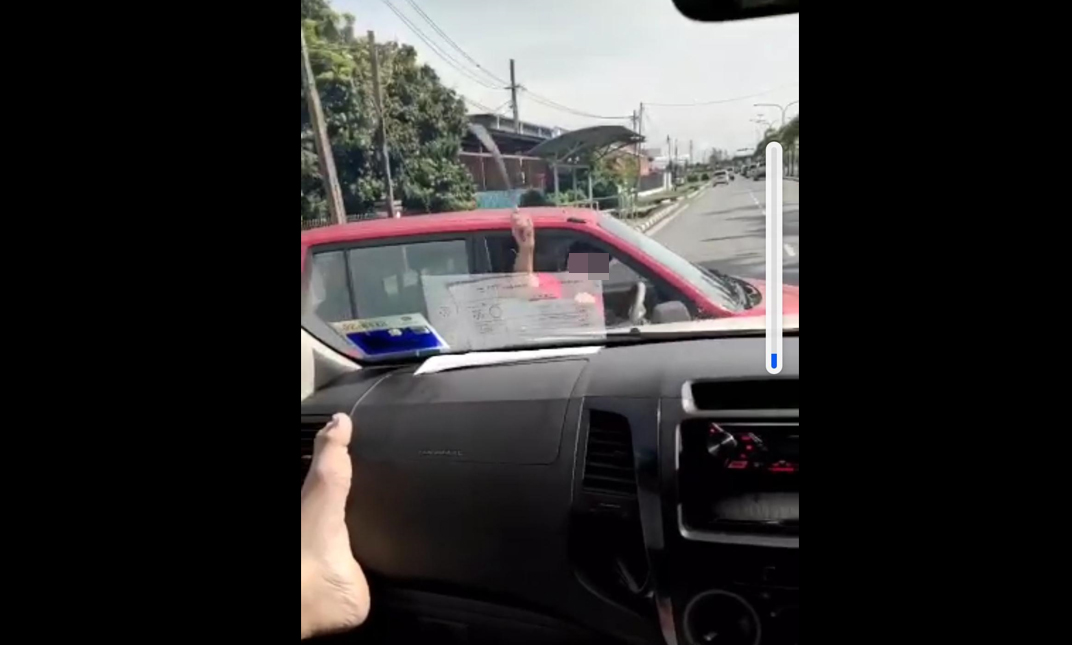 A screengrab from the video shows a suspect wielding a parang.

SIBU (Aug 3): Police have arrested a suspect in a road bullying case at Jalan Lanang, which involved a parang, yesterday.

Sibu police chief ACP Zulkipli Suhaili said the 27-year-old suspect was arrested at about 1pm, after police received a report on the incident.

In the police report, the complainant, 37, claimed his car was slashed by the suspect using a parang at 10.09am.

“The incident was believed to have occurred after the victim honked at the suspect,” said Zulkipli.

He added the suspect will be remanded to assist police with the investigation under Section 506/427 of the Penal Code.

In a viral video of the incident, a suspect is seen driving a red car against traffic flow to block the complainant’s car.

The suspect is then seen wielding a parang, which he used to slash the complainant’s car before speeding away.