Saturday, January 28
You are at:Home»World»China to stage major drills around Taiwan after Pelosi visit
For the freshest news, join The Borneo Post's Telegram Channel and The Borneo Post on Newswav. 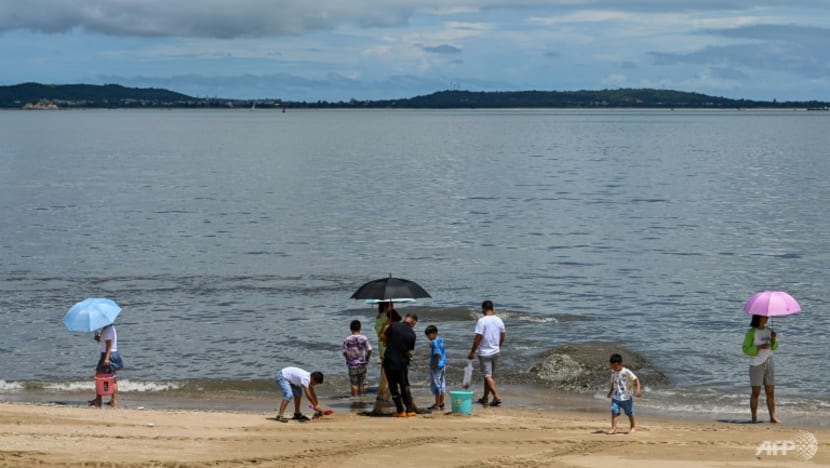 BEIJING (Aug 4): China is due on Thursday (Aug 4) to kick off its largest-ever military exercises encircling Taiwan, in a show of force straddling vital international shipping lanes following a visit to the self-ruled island by US House Speaker Nancy Pelosi.

Pelosi left Taiwan Wednesday after a less than 24-hour visit that defied a series of increasingly stark threats from Beijing, which views the island as its territory.

The House speaker, second in line to the presidency, was the highest-profile elected US official to visit Taiwan in 25 years.

She declared her presence made it “unequivocally clear” that the United States would “not abandon” a democratic ally like Taiwan.

Her trip sparked a furious reaction from Beijing, which vowed “punishment” for those that had offended it and announced military drills in the seas around Taiwan – some of the world’s busiest waterways.

The exercises, set to begin at 12pm, will involve “training activities including live-fire drills”, according to an announcement in state media.

They will take place in multiple zones encircling Taiwan – at some points within just 20km of the island’s shore – and will conclude at midday on Sunday.

Nationalist state-run tabloid the Global Times reported, citing military analysts, that the exercises were “unprecedented” and that missiles would fly over Taiwan for the first time.

“This is the first time the PLA will launch live long-range artillery across the Taiwan Straits,” the newspaper said, referring to China’s military, the People’s Liberation Army.

Drills taking place since last Tuesday have set the stage for the exercises, with Beijing’s Xinhua news agency reporting they had simulated a “joint blockade” of Taiwan.

Taipei has condemned the plans, warning they threaten the security of the East Asia region.

“Some of the areas of China’s drills breach into … (Taiwan’s) territorial waters,” defence ministry spokesman Sun Li-fang said at a press conference Wednesday.

“This is an irrational move to challenge the international order.”

The Group of Seven industrialised nations also condemned the planned drills, saying in a statement there was “no justification to use a visit as (a) pretext for aggressive military activity in the Taiwan Strait”.

Wednesday saw Taiwan’s Maritime and Port Bureau issue warnings to ships in northern, eastern and southern areas ahead of the drills.

“Ships are urged to avoid areas of the military drills and use alternative routes,” the bureau said.

Beijing has defended the planned exercises – and the drills that took place around Taiwan since late Tuesday – as “necessary and just” and pinned the blame for the escalation squarely on the United States and its allies.

“The joint provocation by the US and Taiwan came first, China’s just defence came after,” she added.

A Chinese military source also told AFP the exercises would be staged “in preparation for actual combat”.

“If the Taiwanese forces come into contact with the PLA on purpose and accidentally fire a gun, the PLA will take stern countermeasures, and all the consequences will be borne by the Taiwanese side,” the source said.

Taiwan’s 23 million people have long lived with the possibility of an invasion, but that threat has intensified under President Xi Jinping, China’s most assertive ruler in a generation.

Just 130km wide at its narrowest point, the Taiwan Strait is a major international shipping channel and all that lies between now democratic Taiwan and its giant authoritarian neighbour.

But it now sits as a flashpoint between the United States, Taiwan and a Chinese leadership keen to project strength ahead of a crucial ruling party meeting this autumn at which Xi is expected to be given an unprecedented third term in office.

“China’s announced military exercises represent a clear escalation from the existing baseline of Chinese military activities around Taiwan and from the last Taiwan Strait Crisis in 1995 to 1996,” said Amanda Hsiao, senior analyst for China at the International Crisis Group.

“Beijing is signalling that it rejects Taiwan’s sovereignty.”

Nevertheless, analysts have told AFP that China is not aiming to escalate the situation beyond its control – at least for now.

“I think they are quite careful in not wanting to escalate beyond control,” Chong Ja Ian, an associate professor with a focus on security issues at the National University of Singapore, told AFP.

“Clearly they recognise that there are some limits to what they are willing to do.”