Monday, January 30
You are at:Home»News»Crime»Foreign mechanic nabbed for drug abuse at Mukah hotel
For the freshest news, join The Borneo Post's Telegram Channel and The Borneo Post on Newswav. 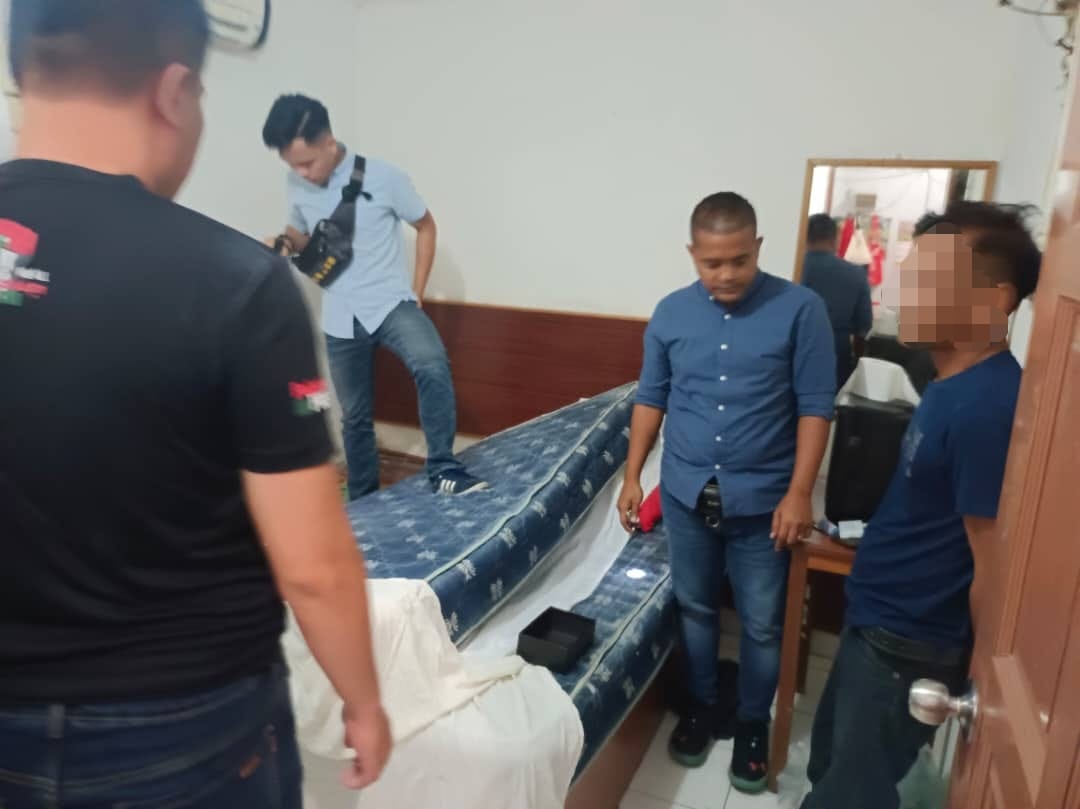 The suspect is questioned by police during the raid. — Police photo

MUKAH (Aug 4): Police arrested a foreigner at a hotel here at 10.54am yesterday for allegedly abusing drugs.

Mukah District police chief DSP Muhamad Rizal Alias said police found the 47-year-old, who works as a mechanic for a heavy machinery workshop, during an ‘Ops Tapis’ raid on a Jalan Setiaraja hotel.

“From the inspection police found a transparent plastic packet containing lumps of a crystal-like substance believed to be syabu under the mattress weighing 0.17 grams worth RM50,” he said.

Muhamad Rizal said the suspect was taken to the Narcotics Criminal Investigation Division of the Mukah District police headquarters for further investigation.

A preliminary police investigation found the suspect had been abusing drugs since May this year.

The suspect is being investigated under Section 12(2) of the Dangerous Drugs Act 1952.