Saturday, October 1
You are at:Home»News»Crime»Sarawak cops net 358 for drugs during ‘Ops Tapis Khas’ 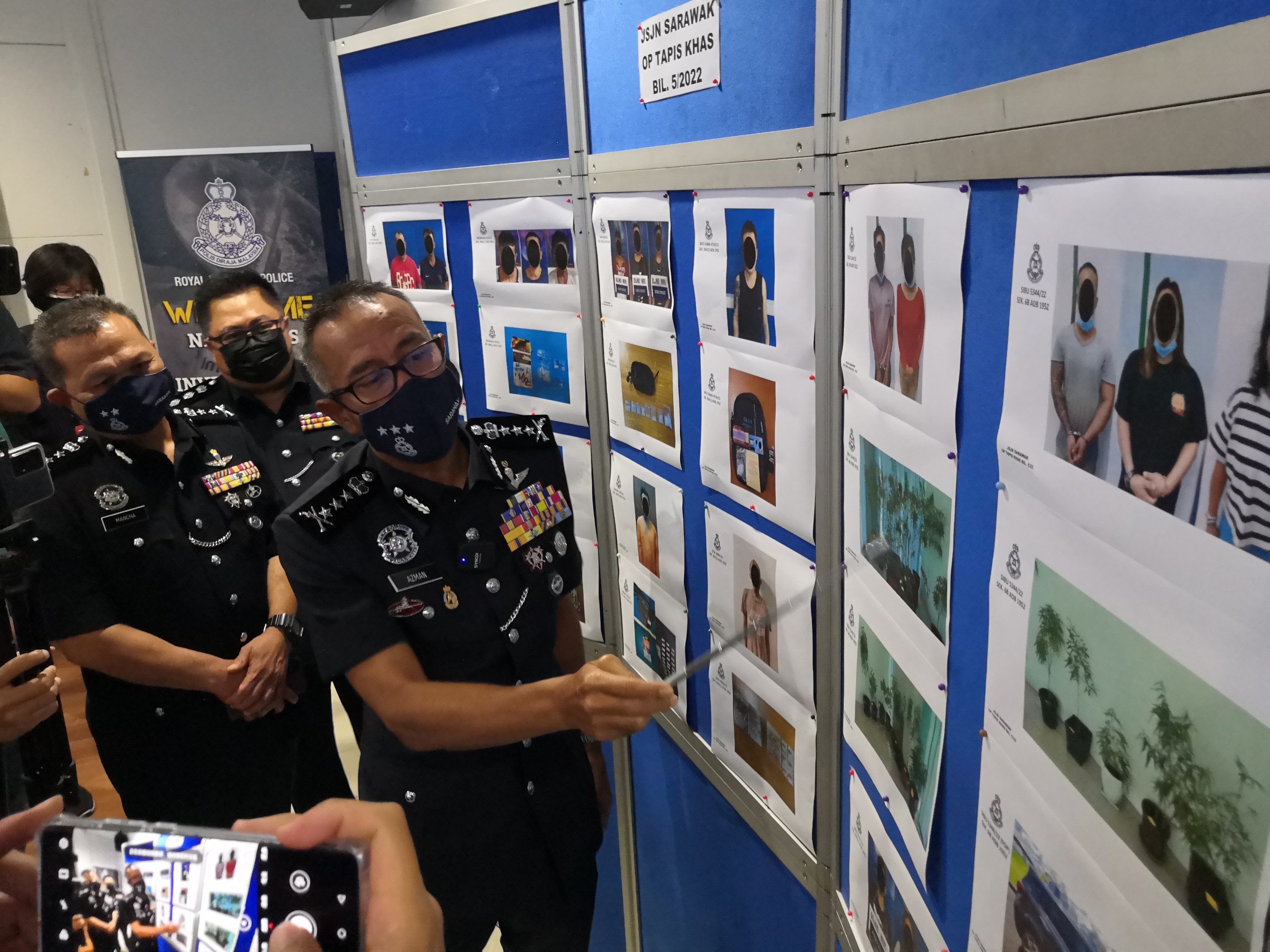 Mohd Azman shows photos of police evidence from the operation. With him are Mancha (left) and Mustafa.

KUCHING (Aug 4): A total of 358 individuals, 28 of whom are women, were arrested for drug-related activities in Sarawak during the nationwide ‘Ops Tapis Khas’ from July 27-29.

“This operation is to enhance the confidence of the public on our continuous efforts to combat drug-related activities,” he told a press conference here today.

He said 238 of the suspects are being investigated for drug abuse under Section 15(1)(a) of the Dangerous Drugs Act 1952.

During the operation, checks were also conducted at JPJ weighing stations in Serian and Sibu, which saw 411 vehicles comprising of busses, commercial vehicles, and private vehicles being checked.

In Sarikei, a lorry attendant and two private vehicle drivers also tested positive for drugs and were arrested.

“Throughout the operation, we have also arrested four local male suspects who are believed to be drug pushers, aged between 27 and 47 years,” he said.

They are being investigated under Section 3(1) of the Dangerous Drugs (Special Preventive Measures) Act 1985.

Between Jan 1 and July 31 this year, the Narcotics Criminal Investigation Department (NCID) arrested 5,491 suspects and seized drugs worth more than RM9 million throughout Sarawak.