Saturday, August 13
You are at:Home»Sports»Bonnie powers his way to gold No. 4 for Malaysia in Birmingham 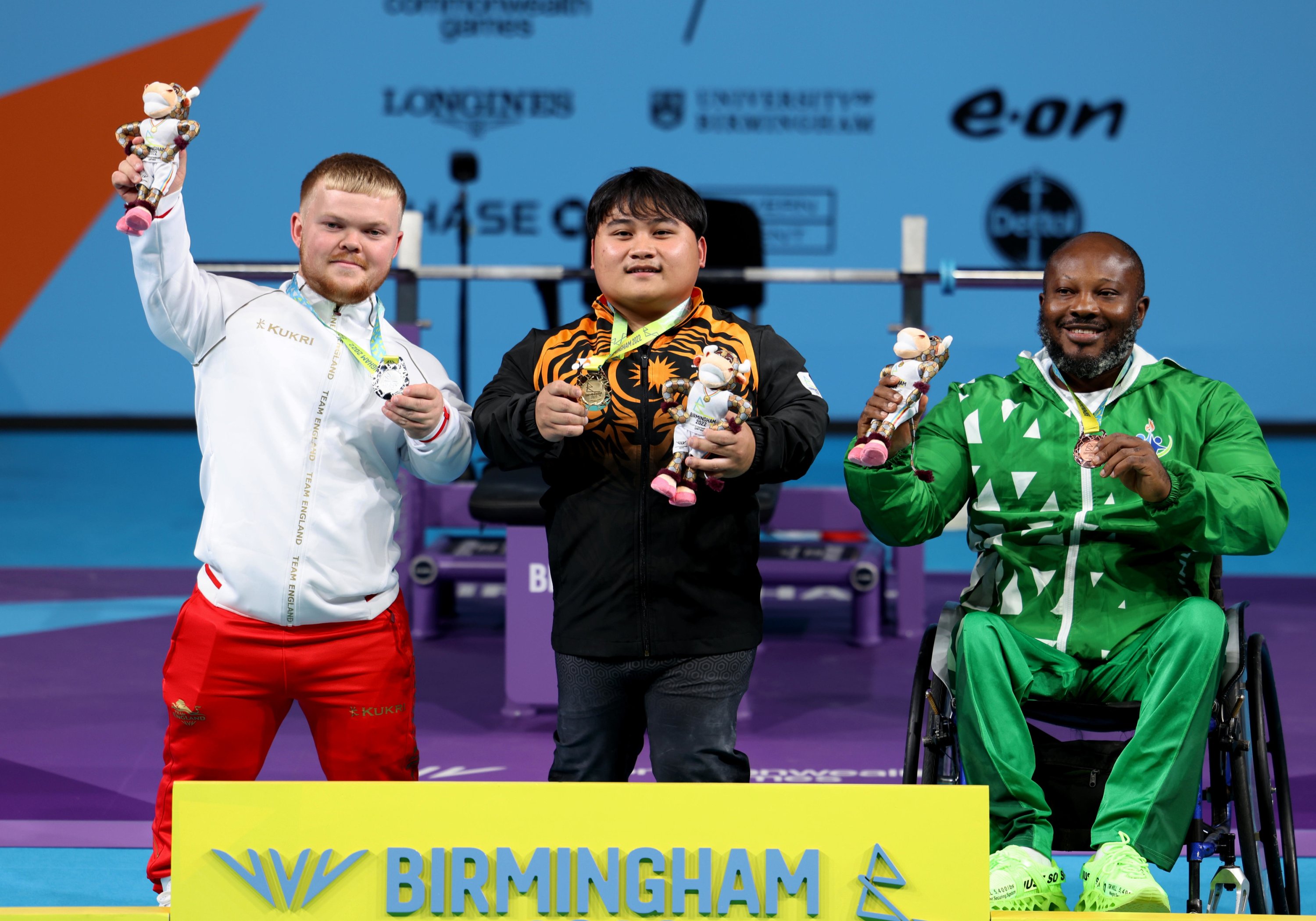 Bonnie poses with Swan (left) and Nnamdi at the National Exhibition Centre in Birmingham on Aug 4, 2022. — Bernama photo

With his win, Malaysia have now won four gold medals at the quadrennial Games here.

Bonnie, who clinched gold at the Tokyo Paralympics last year, successfully lifted a new Games record of 220kg en route to creating history as the first Malaysian to win the powerlifting event at the Commonwealth Games.

England’s Mark Swan settled for silver with a 202kg lift, while Nigeria’s Nnamdi Innocent took bronze with a lift of 190kg.

The victory more than makes up for the disappointment the 23-year-old Bonnie felt when he finished fourth in his games debut at the 2018 edition in Gold Coast, Australia.

Bonnie had also created history when he won the world title twice in 2019 (Nur Sultan, Kazakhstan) and 2021 (Georgia).

When met by reporters, Bonnie admitted that, before the games began, he was quite concerned that he would not be able to meet the gold-medal target set for him.

“Before coming here, I felt that I had a 50-50 chance. So, before today’s competition, I called my parents and they advised me not to think of anything and just do my best. I am grateful I managed to contribute a gold medal to the country,” said Bonnie, who hails from Sarawak.

Asked why he did not continue with his lifts to break his world record of 230kg, Bonnie said he did not want to take any risks as he has yet to fully from a shoulder injury.

He is also happy that his gold medal feat at the Commonwealth Games sees him add to his collection of titles on the world stage, having also emerged triumphant in the Paralympics and World Championships.

The world champion, however, has yet to taste victory in the Asean Para Games.

At the Tokyo Paralympics last year, Bonnie created history when he became the first national athlete to win gold after topping the 72kg category with a lift of 228kg, thus breaking the Paralympics record. — Bernama