Monday, August 15
You are at:Home»World»China says ending cooperation with US on multiple issues 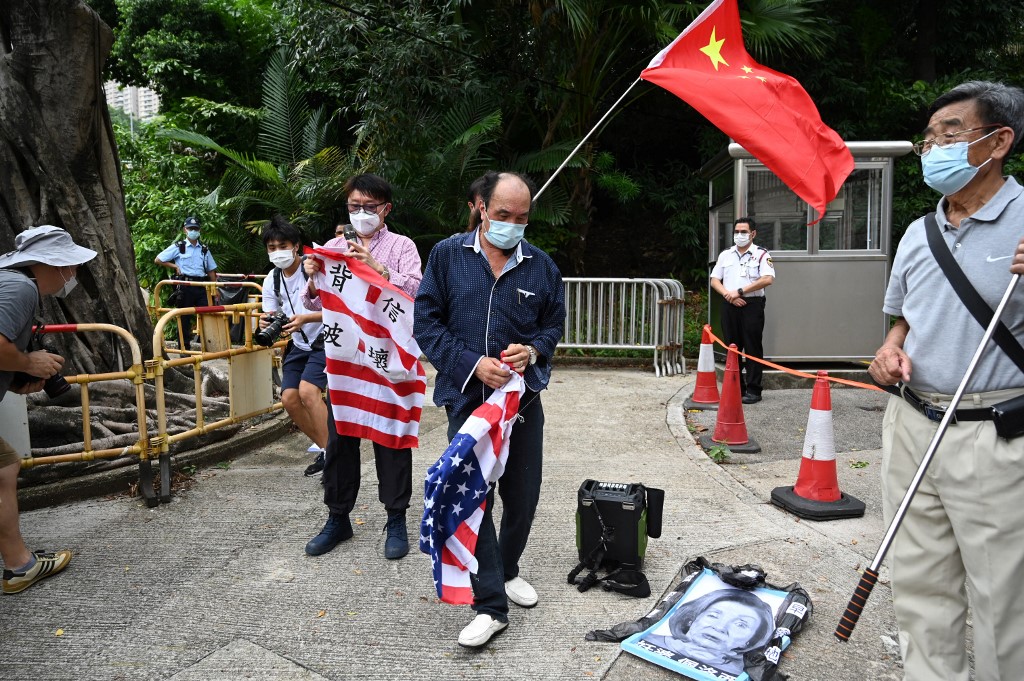 Pro-Beijing protesters rip up a US flag after stamping on an image depicting the US House Speaker Nancy Pelosi at a protest outside the US Consulate in Hong Kong on August 3, 2022 after Pelosi arrived in Taiwan late on August 2, 2022 as part of a tour of Asia that has inflamed tensions between the US and China. – AFP photo

BEIJING (Aug 5): China said it was cancelling several defence meetings and suspending key climate talks with the United States after a visit by US House Speaker Nancy Pelosi to Taiwan this week.

Beijing will “suspend the China-US climate change talks” and nix plans for a call between military leaders as well as two security meetings, the foreign ministry said, citing Pelosi’s “disregard of China’s strong opposition and stern representations” on the Taiwan visit.

They pledged to work together to accelerate climate action this decade, and vowed to meet regularly to “address the climate crisis”.

China views self-ruled, democratic Taiwan as part of its territory and has vowed to one day take it, by force if necessary.

Beijing reacted with bombastic threats and military drills in the lead-up to and aftermath of Pelosi’s visit, which it sees as an unacceptable escalation of ties between Washington and Taiwan’s current pro-independence leaders.

The foreign ministry said today it was suspending cooperation with Washington on repatriating illegal migrants, judicial assistance and transnational crime, as well as anti-drug action.

It said earlier that it would impose unspecified sanctions on Pelosi and her family. – AFP