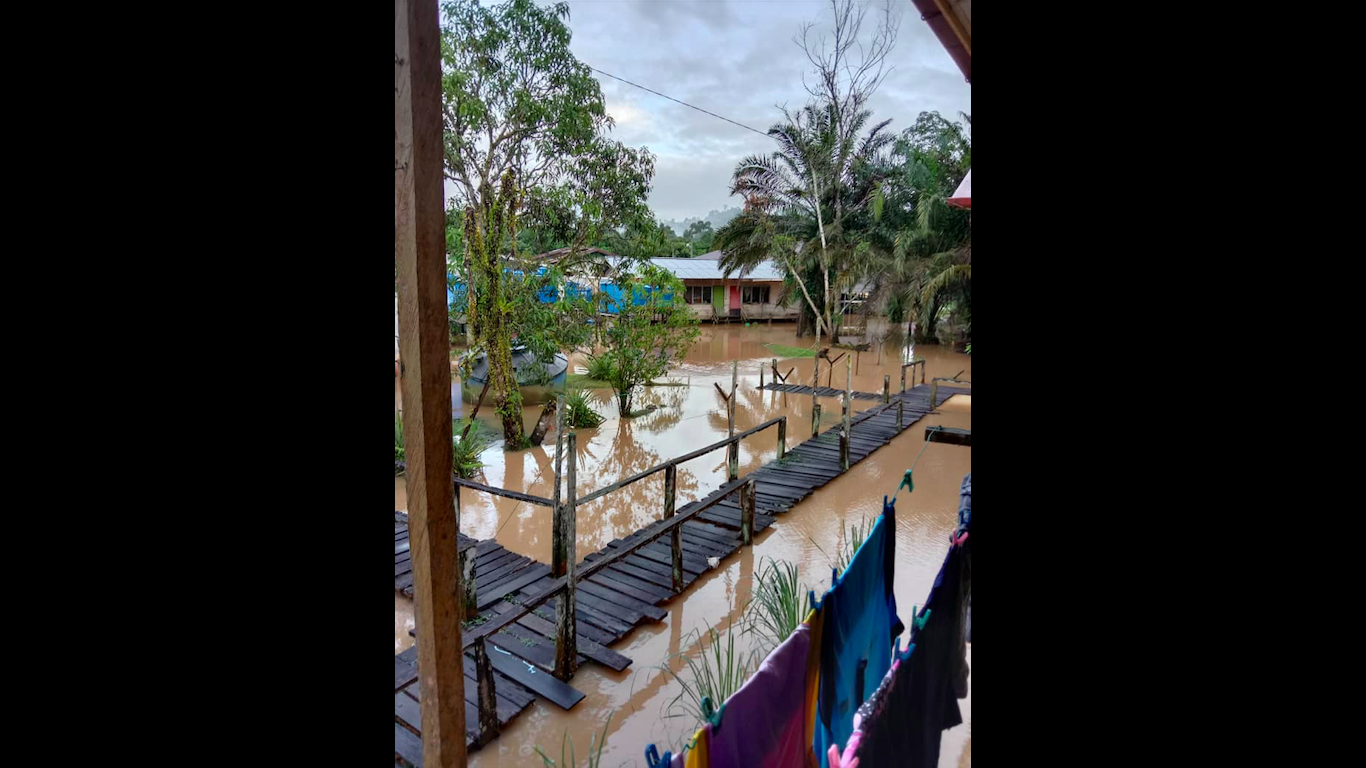 MIRI (Aug 5): SK Long Lenei in Baram was forced to close today after  its academic block was flooded due to continuous heavy rain since last night.

“Eighty-five per cent of the school, including its academic block, administration block, kindergarten, teachers’ quarters, and hostel were inundated,” he said.

He added that based on a report from the school, as of this morning the water level was still increasing.

SK Long Lenei is situated on low ground and is flood prone.