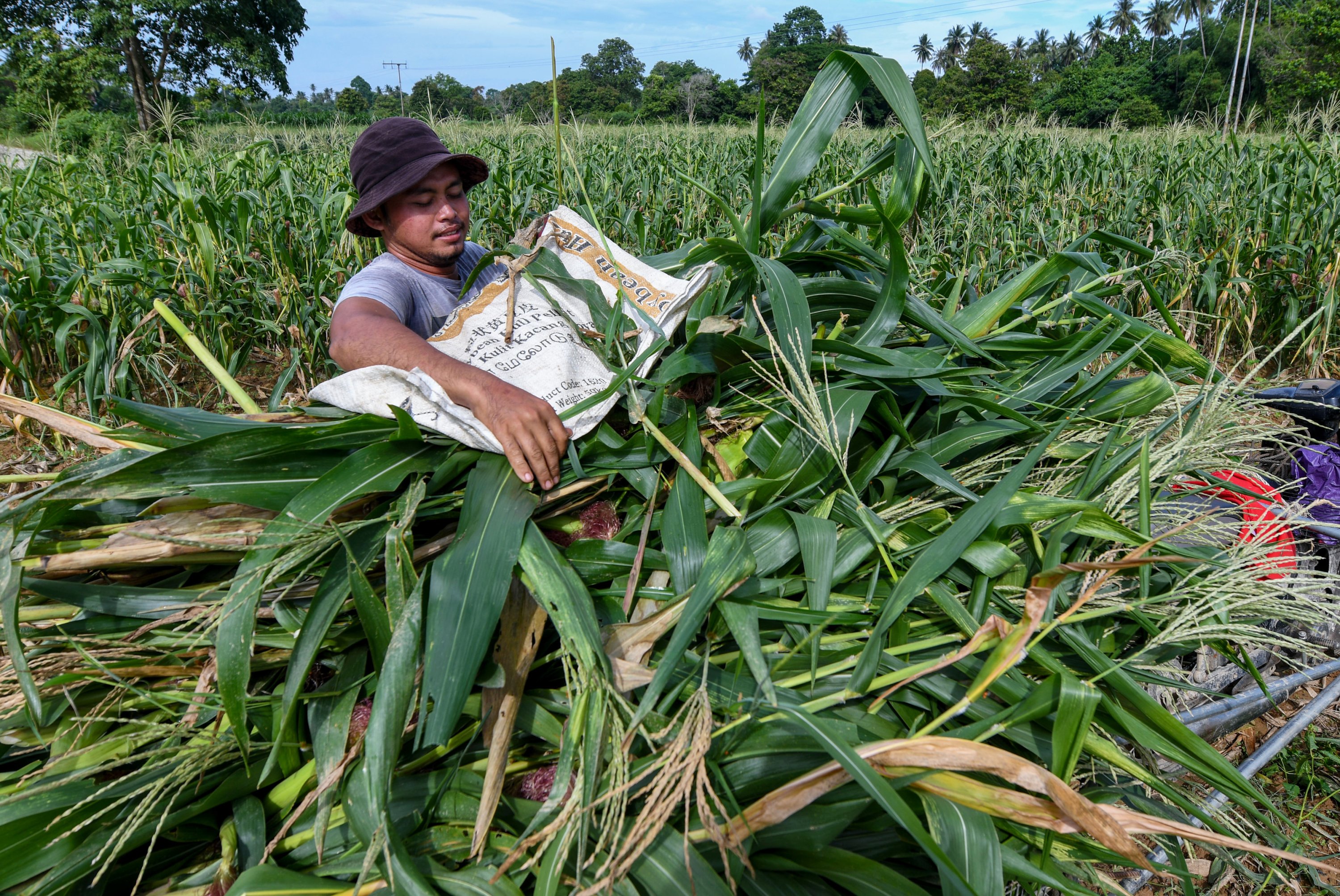 KUALA LUMPUR (Aug 5): The participation of more youths in agropreneurial ventures is expected to boost the nation’s food supply and food security levels as well as reduce its unemployment and poverty rates.

It was with this in mind the government, through the Ministry of Agriculture and Food Industries, introduced the Young Agropreneur Programme in 2016 to get more youths aged between 18 and 40 to be involved in entrepreneurial ventures encompassing all activities within the agricultural industry value chain such as crops, livestock, fisheries and various agro-based industries.

However, the involvement of local youths in the agricultural sector is still low, comprising only 15 percent or 240,000 of the total number of farmers in Malaysia, as revealed by Deputy Agriculture and Food Industries Minister 1 Datuk Seri Ahmad Hamzah last December.

He was quoted by the media as saying that one of the factors that kept youths away from agriculture was the perception that it did not bring good returns. Dismissing this perception as untrue, he said the agriculture, livestock and fisheries industries “can bring encouraging results when implemented diligently with sufficient knowledge”.

Universiti Malaysia Perlis Faculty of Applied and Human Sciences senior lecturer (entrepreneurship) Dr Atikah Nor Johari told Bernama the Young Agropreneur Programme has yet to meet its objectives as youths still subscribe to the conventional view that the agricultural sector is “dirty, dangerous, difficult and devoid of bright prospects”.

Vital to have more young farmers

It is important to have more young people participating in the agricultural sector because they will not only replace the nation’s increasingly ageing farmers but are also more amenable to applying modern technology such as the Internet of Things as well as the latest farming technologies like precision farming and smart farming.

Atikah Nor said young agropreneurs also possess the necessary attributes to stave off the challenges faced by the agricultural sector as they are more willing to accept risks and are also innovative.

“The veteran group (ageing farmers) is less able to apply modern technology in their activities. With all kinds of challenges now confronting the agricultural sector, young agropreneurs are more motivated to switch to the use of innovations and technology… they are the ones who will transform the nation’s agricultural sector,” she said. 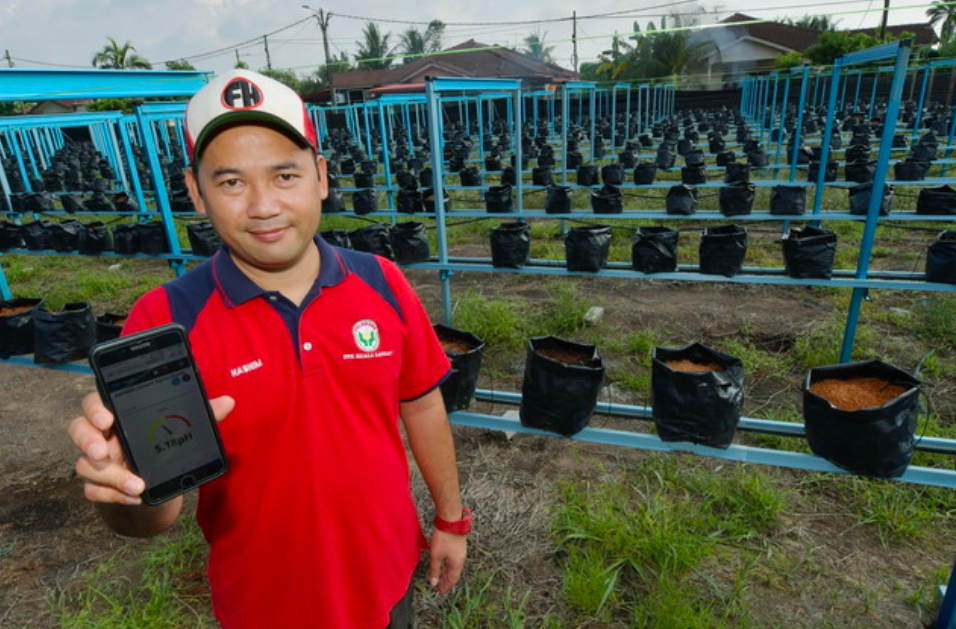 Farmer Norhashim Kamisan shows the Smart Farming IoT app on his phone, which monitors and controls conditions at his modern chilli farm.

Urging the government to immediately implement comprehensive measures to get more youths interested in agriculture, she said it needs to identify as well as re-evaluate steps and strategies that have already been or going to be implemented.

“It appears that the majority of youths are not interested in the agricultural sector as they think it’s only suitable for the ‘veterans’, kampung dwellers and for those facing (financial) difficulties and want to use it as a stepping stone to another job.

“We are worried that if this situation prevails, it will have an impact on the nation’s food security even though there’s no food crisis in Malaysia as yet. But we have to start planning (to enhance food security) now,” she said.

Her concern is justified as Malaysia is still dependent on food imports to meet its domestic needs. The matter has also drawn the attention of Sultan of Perak Sultan Nazrin Shah who said the government needs to give serious attention to the threat of food security.

“The agriculture, livestock and fishing sectors need to be very proactive. Beyond that, they need to be more productive, increasing their yields by incorporating a new working culture and using more modern methods and mechanisms,” the Ruler said in his opening speech at the 14th Perak state legislative assembly meeting in August last year.

Atikah Nor said the time has come for youths, especially graduates, to join the agricultural sector, adding that their success must be highlighted to raise awareness among their peers of the potential in agriculture, particularly the food subsector.

“When we have more young agropreneurs succeeding, it will encourage other youths to explore the world of agriculture. This will help (the nation) to address unemployment and food security issues,” she added.

She also said that getting undergraduates to carry out research in collaboration with academics and universities can also lead to the production of high-quality agricultural produce.

“It’s a fact that the involvement of undergraduates will play an important role in the nation’s efforts to ensure food security. (Currently) their participation in agricultural activities may be seen as small but they still have a huge impact on the local community,” she said.

Pointing to UPM, she said the university has exposed its students to cultivating chillies using the fertigation system through its Agro Top @ UPM programme.

“It has the potential to motivate students to be directly involved in the agricultural field,” she said, adding that other institutions of higher learning should also implement similar programmes.  — Bernama