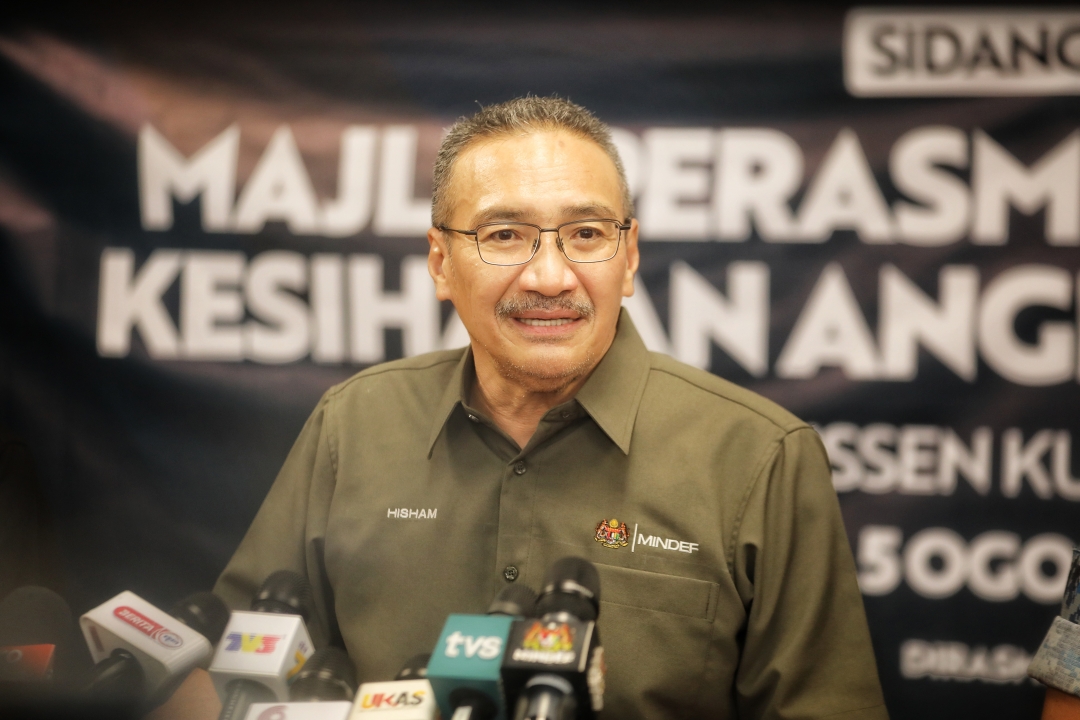 Hishamuddin speaks to reporters at the press conference.

He said if the project is halted, many people will be angry with the government.

“If we stop the project, the navy will be angry. Aside from that, there are also many vendors involved in the project.

“And if it were to be stopped, they may have to close shop,” he told a press conference after the launch of a polyclinic at the army camp in Penrissen here today.

He was asked to comment on Opposition leader Datuk Seri Anwar Ibrahim’s call on the government to immediately halt the next phase of the LCS project.

Hishamuddin said there are more than 400 vendors hoping for the project to proceed, of which 90 per cent are related to the veterans.

He believed that Anwar’s statement revolved around politics or was part of a political game.

He said if Anwar insists that the project be halted, it is contradictory to the decision made by Pakatan Harapan (PH) when they ruled the country.

“When they ruled before, they decided that the project will continue.

“Based on the report I received, the statement by Anwar had angered many people, especially the navy and the veterans.

“If he really wants to fight for the veterans, stopping the project is not the way,” he said.

Hishamuddin said halting the project is also contradictory to the Public Accounts Committee’s (PAC) stance, which never said it should be halted.

He said the project will continue based on the PAC’s recommendation.

Anwar on August 4 had urged the government to immediately halt the next phase of the LCS project.

He said RM6 billion had already been “squandered” with no progress to show, adding that the funds for the next phase of the project should be redirected to assist the people instead.

“The next phase (of the project) must be stopped as there have yet to be any commitments made. We have to arrest this and stop the nonsense,” he said at a press conference in Parliament.

“The half a billion (for the next phase of the project) should be spent for the welfare of veterans who have been clamouring for support.”