Monday, February 6
You are at:Home»Sports»Long jump gold medalist Saifuddin gave up studies to focus on sports, says father
For the freshest news, join The Borneo Post's Telegram Channel and The Borneo Post on Newswav. 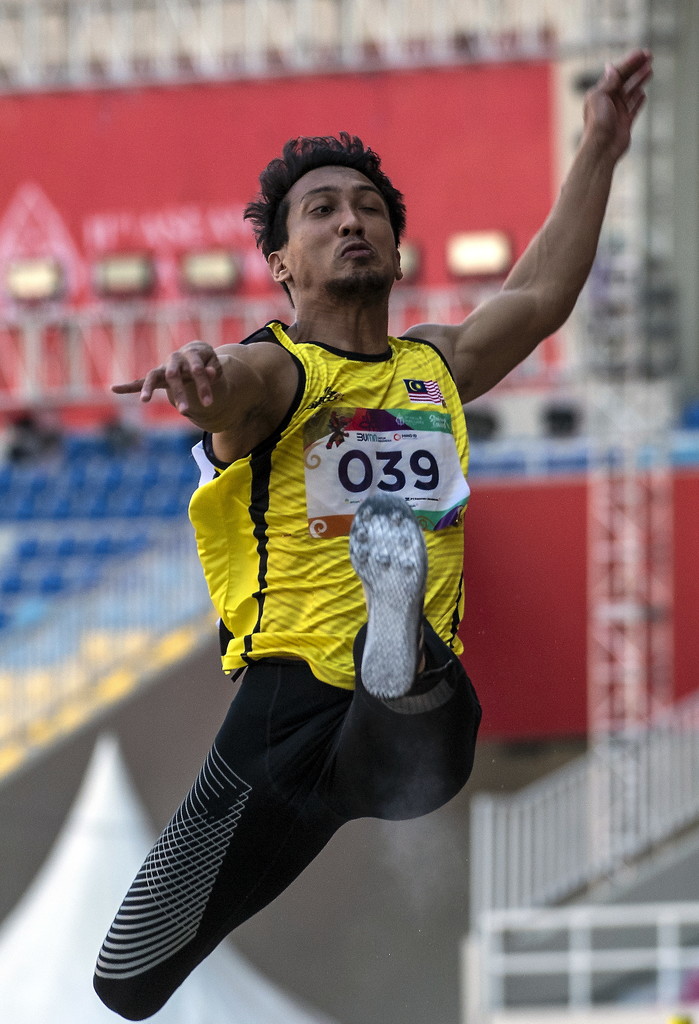 Saifuddin, winner of the T11/12 long jump gold in Solo, Indonesia was at the crossroads of his career path after his SPM but he had no regrets giving up his studies to concentrate on sports, his first love from his early days in school. – Bernama photo

JOHOR BAHRU (Aug 5): ASEAN Para Games (APG) long jump gold medallist Mohamad Saifuddin Ishak’s decision to give up his studies for the love of sports may not go down well with many parents, but the long jumper’s father has no qualms about his son’s career path.

Saifuddin, winner of the T11/12 long jump gold in Solo, Indonesia was at the crossroads of his career path after his SPM but he had no regrets giving up his studies to concentrate on sports, his first love from his early days in school.

His father Ishak Md Rejab, 71, when met at his residence in Kampung Melayu Majidee here said, after SPM his youngest son – he has four other siblings – had decided to concentrate on sports instead of pursuing further studies.

“As a father, my first priority was to see my son make the right decision. Since he has totally immersed in sports since his young days, I had asked him if he wanted to continue his studies or pursue excellence in sports. He chose the latter and I had no choice but to bless him.

“We as a family support him throughout his involvement in sports. He was always a very determined lad and trains very hard. From a very young age he will go for training on his own. He has participated in various competitions and won many prizes,” said Ishak.

Ishak said since birth Saifuddin could see from only one eye but that has never deterred him from being actively involved in sports and other activities.

“The whole family is happy with his achievement in Solo and we are all waiting for his return on Aug 8. As parents it is important to support children in whatever decision that they make, provided it is not something bad. We will continue to support him,” said Ishak who has been running a burger stall for 32 years.

“My only advice to him was to excel in whatever field that he decides to venture into. He is a good son and never fails to contact us wherever he is,” he said.

Saifuddin, 30, is no stranger to the APG as he had also won the gold medal in the same event at the 2015 ASEAN Para Games in Singapore and a bronze medal at the 2015 International Paralympic Council World Athletics Championships in Doha. – Bernama