Tuesday, February 7
You are at:Home»News»Nation»MCMC tells public to be wary of SMS from ‘GOV’
For the freshest news, join The Borneo Post's Telegram Channel and The Borneo Post on Newswav. 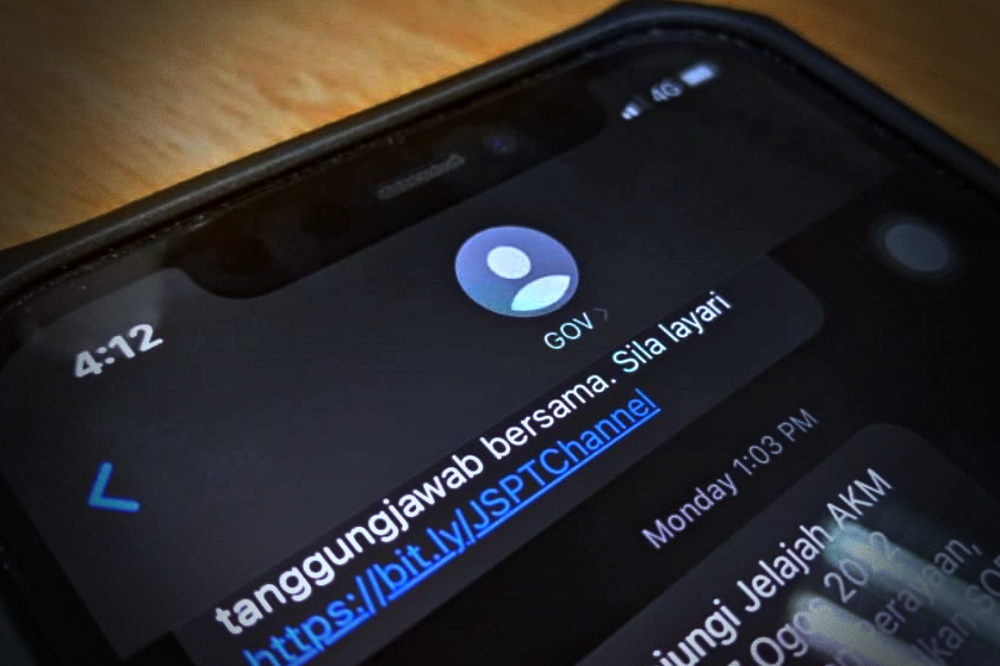 The SMS by ‘GOV’ is specifically for public service announcement on initiatives by the ministries and government agencies, said MCMC.

PUTRAJAYA (Aug 5): The public has been advised to be wary when receiving short message services (SMS) from ‘GOV’ and purportedly linked to MySejahtera to inform them that  their special financial assistance has been credited into their Touch ‘n Go (TNG) eWallet account.

The Malaysian Communications and Multimedia Commission (MCMC), in a statement today, stated that some irresponsible parties had manipulated the ‘GOV’ digital identity for fraudulent purposes.

“This warning is issued in line with the denial by MySejahtera on the fake SMS messages relating to  financial assistance for the public,” it read.

The SMS by ‘GOV’ is specifically for public service announcement on initiatives by the ministries and government agencies.

According to MCMC,  measures have been taken to deny access to the fake link.

It said individuals found to be spreading false information could be subject to legal action under Section 505 of the Penal Code and Section 233 of the Communications and Multimedia Act 1998. – Bernama