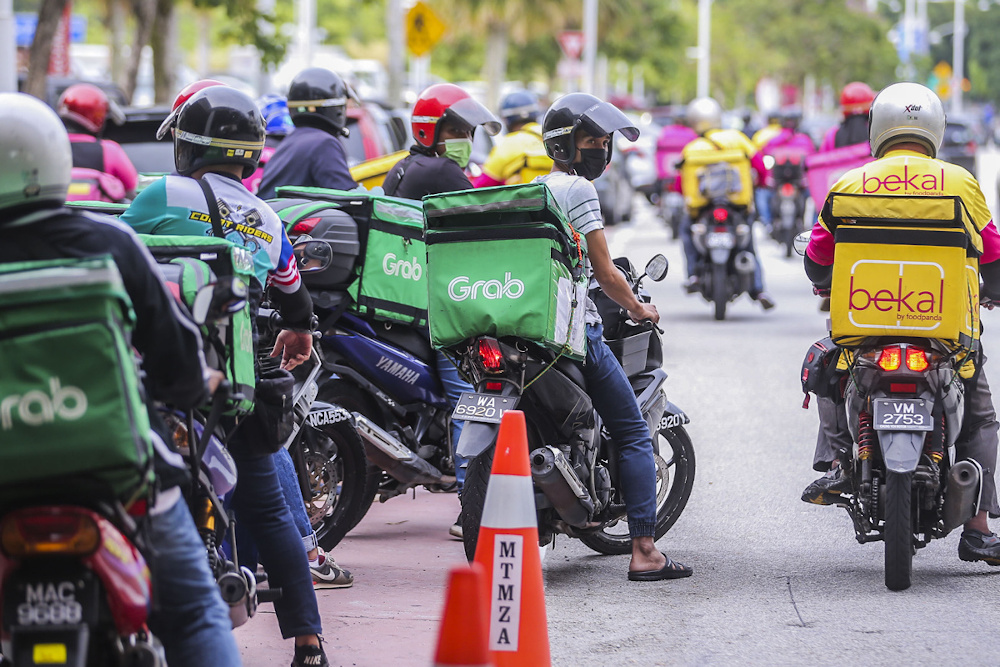 At a press conference, Khaizulnizam said that the Prime Minister’s Office (PMO) hopes to arrive at a win-win situation for drivers, riders, consumers and vendors.

“From the perspective of us drivers, or e-hailing, actually, our goal is the same as for p-hailing, as the main issue is the matter of fares. Every day, the fares are lowered, and for this year, I think, the fare has gone down by as much as 30 per cent,” said Mohd Azril.

He also said one of the issues is the freedom of arbitrary pricing given to customers, which has forced Grab to lower its prices to safeguard its business — however, the consequences go on to affect its workers.

“For example, previously, a driver would drive for around 10 hours to hit the target they want. Now, they would have to drive for around 11 to 13 hours. The impact is seen in terms of safety, like with accidents. There are a lot of consequences when someone is on the road for too long,” he said.

He also said that there was an issue with the government increasing the base fare from 70 sen to 90 sen.

He added the increase was still not enough and was more in line with the 1960s and 70s, pointing out that the cost of living has risen since then, as has the cost of vehicle maintenance.

Besides that, he said that drivers felt there should be more regulation when it came to the issuance of permits.

He cited the examples of the Grab app providing no regulations in terms of the age of vehicles used for the service or inspections by the Computerised Vehicle Inspection Centre (Puspakom).

“We will keep trying until our demands are heard,” he went on to say about the 24-hour strike dubbed “Food Delivery Blackout” to protest low delivery fees which began today.

The ongoing strike is a measure taken by mostly Grab and Foodpanda delivery riders in order to call for better social protections and regulations within the p- and e-hailing industries. – Malay Mail