Thursday, August 11
You are at:Home»News»Sarawak»Security in Sarawak remains my top priority, says Hishammuddin 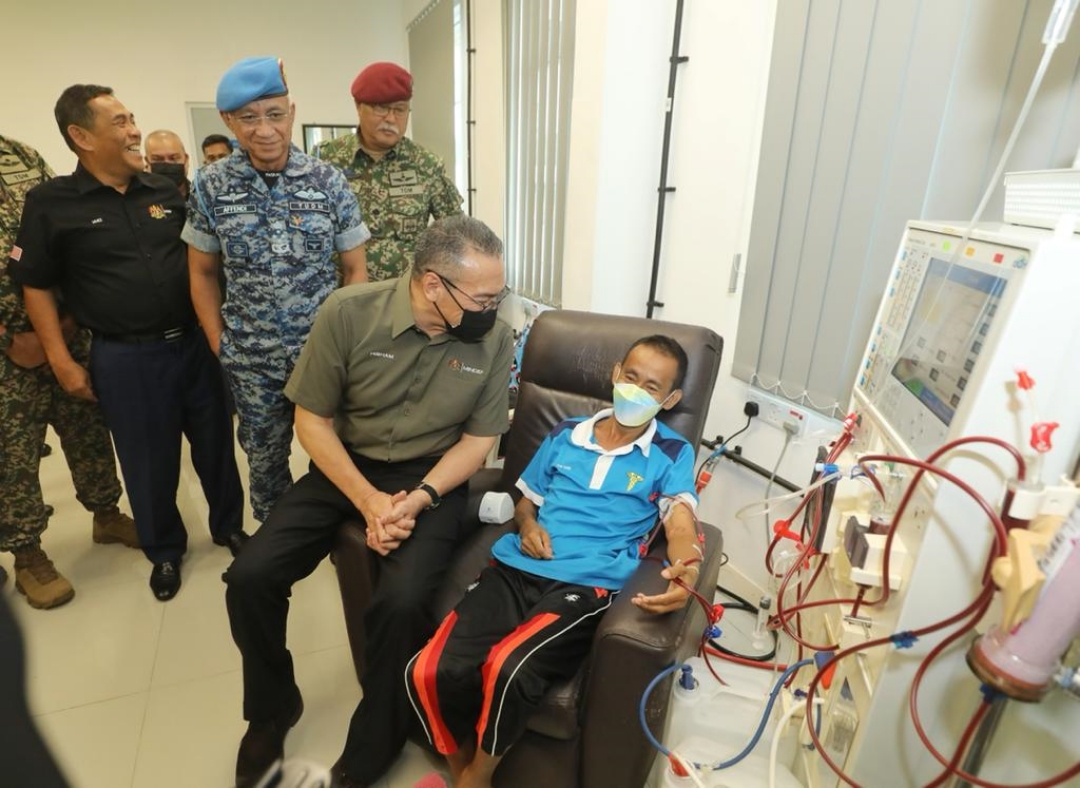 Hishammuddin sits next to an army veteran who is undergoing dialysis at the newly-opened Army Polyclinic at Penrissen Camp near Kuching. — Photo by Chimon Upon

KUCHING (Aug 5): Senior Defence Minister Datuk Seri Hishammuddin Tun Hussein has given assurance that the security in Sarawak would always be his top priority.

In this regard, he said this would be highlighted during the discussion with the Premier of Sarawak Datuk Patinggi Abang Johari Tun Openg tomorrow.

Adding on, Hishammuddin stressed that the territorial sovereignty, security and prosperity of the people would remain a priority of his ministry.

“Sarawak’s safety is one issue that we would never compromise on. I will discuss with the Premier of Sarawak on what is needed to strengthen security and to beef up the defence.

“We want to convince the people of Sarawak in whatever situation they are, that they can rely on the Armed Forces and the Ministry of Defence (Mindef),” he told a press conference held after declaring open a new polyclinic at Penrissen Camp near here today.

In terms of manpower, he said he had been informed about Sarawak having sufficient army personnel available.

“What’s important now is how to boost the morale of the personnel.

“Among the things that can be done is having the existing camps be upgraded, and if it needs be, new camps would have to be built.

“Our clinics too must be well-equipped to receive patients, and the children of the army families need to go to school.

“Issues like these need to be taken into consideration, if we’re to look at the preparedness of the Armed Forces and for a better future of the security in Sarawak,” he added.