Monday, August 15
You are at:Home»News»Sarawak»Abg Jo: S’wak plans to improve public transport, connectivity between Kuching and other cities 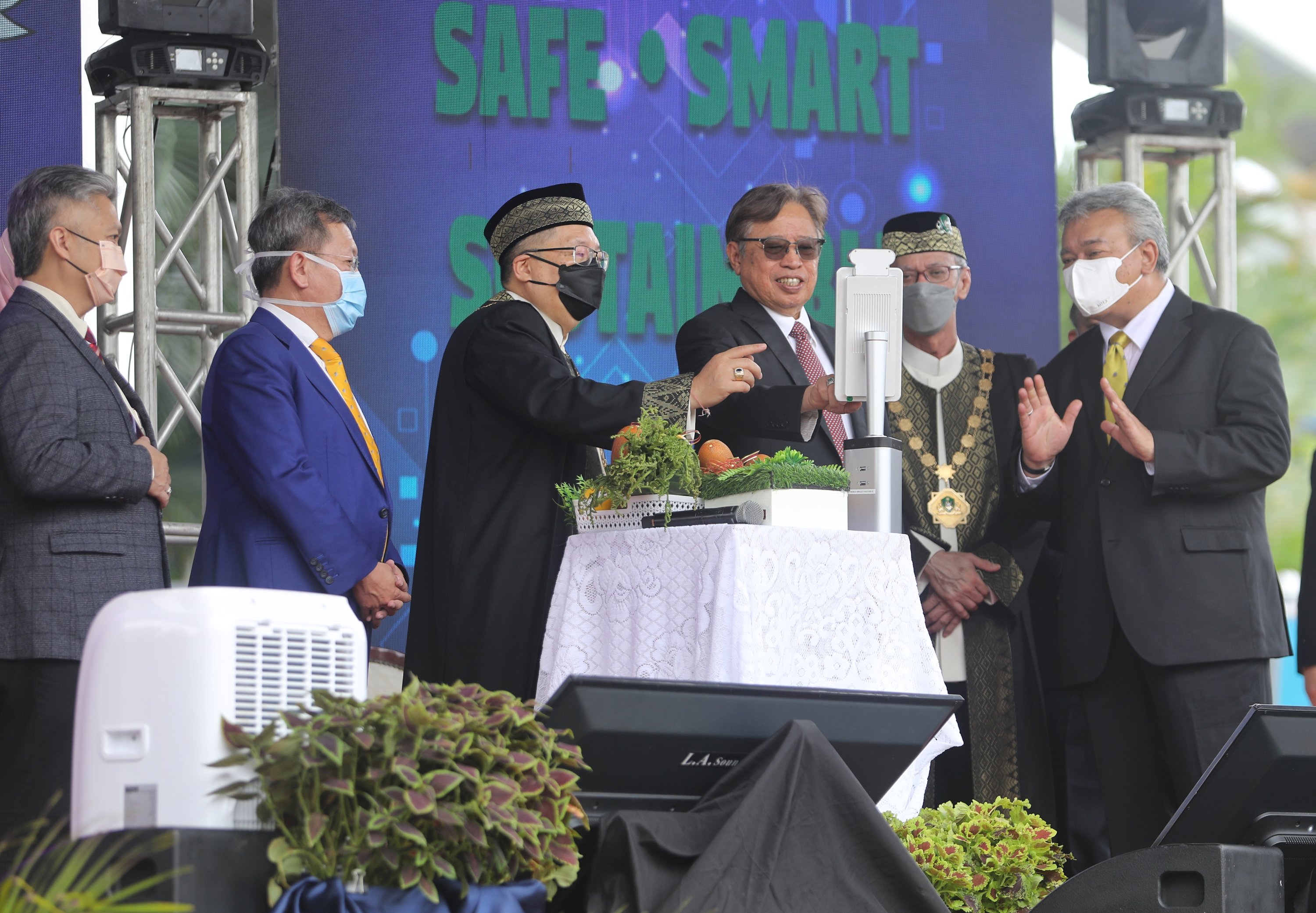 Abang Johari (third right) preparing to symbolically launch the UNESCO Creative City of Gastronomy logo for Kuching, while Dr Sim (second left), Wee, Junaidi and others looked on. – Photo by Chimon Upon

KUCHING (Aug 6): Premier of Sarawak Datuk Patinggi Tan Sri Abang Johari Tun Openg said the public transport in any city reflects its standards, which is why the state government is embarking on smart public transport such as the autonomous rapid transit (ART) and hydrogen-powered vehicles.

He also said the state government has plans to extend both Kuching North and South with basic facilities, including public transport.

“This will cover not only Kuching North and Kuching South but also be extended to neighbouring councils, that is Samarahan and part of Padawan.

“This will definitely reflect the standard of public transport in Kuching,” he said when officiating the 34th Kuching City Day celebration at MBKS Square today.

Abang Johari said while it may cost a sum, he believes the state can afford it.

“With that, we can bring up the status of Kuching as a developed and smart city in Sarawak,” he said.

He also believed the tourism industry will improve as the state government tries to look into more connectivity between Kuching and other cities outside the state.

He noted Kuching, with its many accolades, is a destination that can lure tourists.

“We are fortunate to have a stable government and we have citizens who are more united and respect each other despite different ethnic backgrounds and religious faiths. We live under one roof like one family.

“This is the unique culture of Sarawak and it is the intention of the government to sustain and protect this unique culture,” he said.