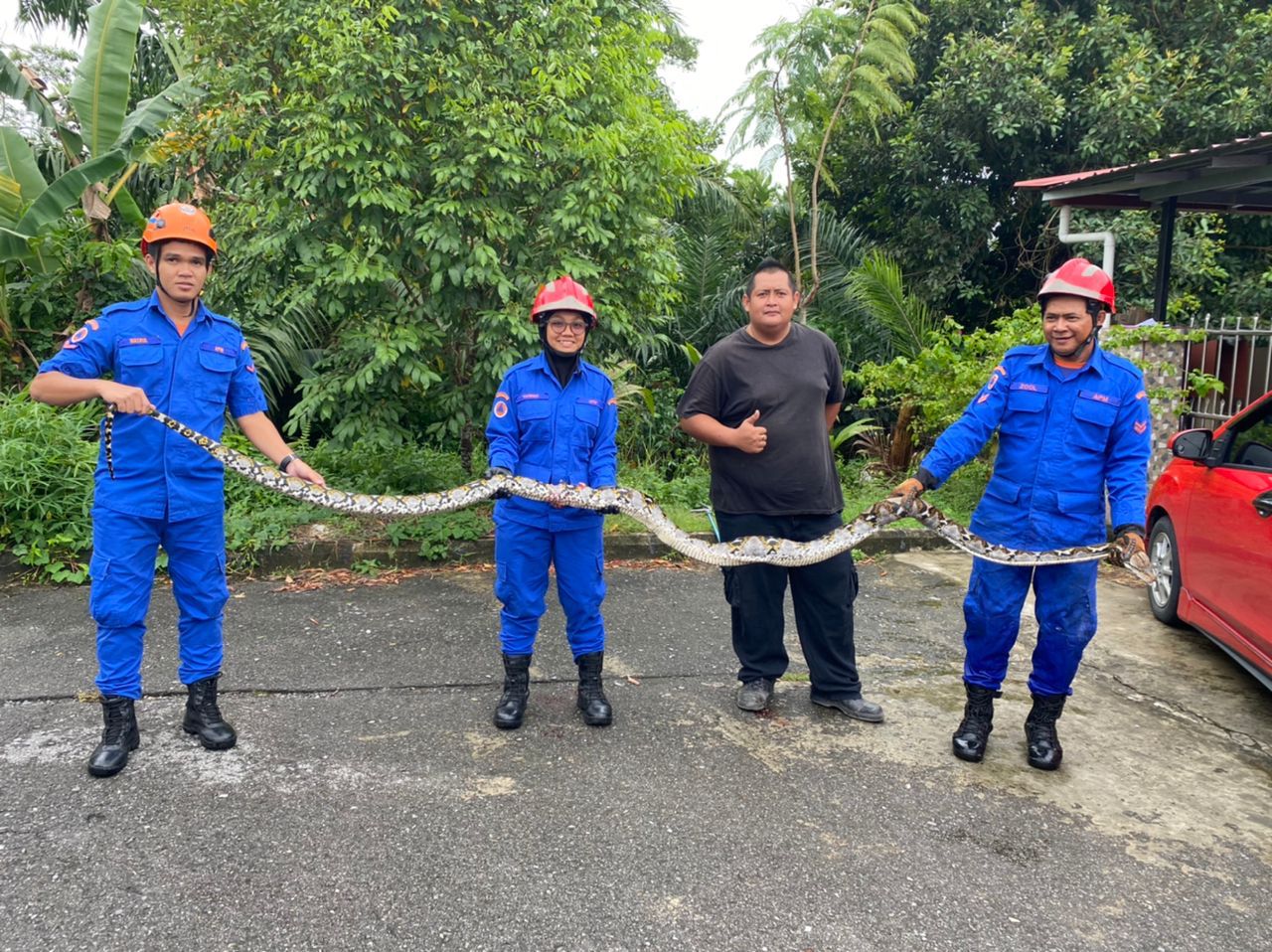 MIRI (Aug 6): The Civil Defense Force (APM) Miri here captured not one, but two, pythons which feasted on chickens at two different locations on Saturday.

APM Miri officer-in-charge Captain (PA) Usman Harto said the first python was caught in the backyard of a house in Kampung Piasau Utara.

“Upon receiving a call by the house owner, a team immediately rushed to the scene. When they arrived, the house owner told them he saw a python inside his chicken coop and believed it had swallowed his chicken.

“When the team checked, they found the two-metre long python, estimated to weigh around three kilogrammes, inside the coop,” he said, adding the team only took nine minutes to capture the reptile.

After the first call, Usman said the team rushed to the second location at Desa Indah 3 in Permyjaya.

When the team arrived there, Usman said they were informed by the home owner that he spotted a python inside his chicken coop.

“He told them the python had feasted on his chicken. The team immediately caught the reptile measuring three-metres long and weighing about five kilogrammes,” he said.

The operation ended at 9.09am.