Monday, August 8
You are at:Home»News»Nation»Cabinet calls for internal committee to investigate immigration official’s alleged dressing down in public 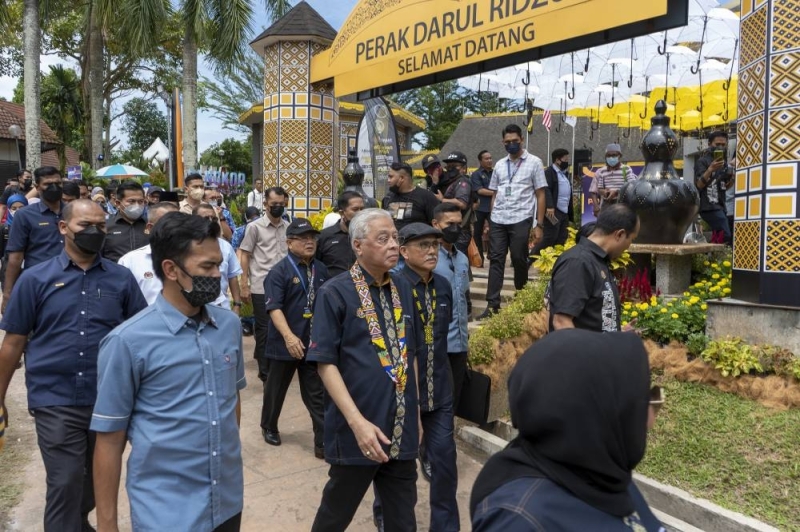 SERDANG (Aug 6): The Cabinet wants the Chief Secretary to the Government Tan Sri Mohd Zuki Ali to set up an internal committee to investigate allegations that a senior official had publicly admonished an immigration officer at the Kuala Lumpur International Airport (KLIA) in Sepang earlier this week.

Prime Minister Datuk Seri Ismail Sabri Yaakob said he has suggested that the committee should be chaired by Attorney-General Tan Sri Idrus Harun, but will leave it up to the chief secretary to decide on the composition of members.

“We discussed this matter in Cabinet. We don’t want a split in the civil servants because of this. We want a harmonious atmosphere among the civil servants,” he told reporters after launching the Malaysia Agriculture, Horticulture & Agrotourism 2022 exhibition here today.

Ismail Sabri said he had seen a video, supposedly of the incident that has been circulating on social media and hopes the investigation would not take long to complete.

The entire civil service has come under scrutiny over the public humiliation of the alleged immigration officer who is said to have been subject to abusive words.

The Immigration Services Union of Peninsular Malaysia released a statement on August 3, claiming the senior civil servant to be the director-general of Public Services.

But the Public Service Department has denied the allegation, calling it baseless, malicious and intended to tarnish its reputation.

Home Minister Datuk Seri Hamzah Zainudin stepped in last Thursday and said the Immigration Department has been instructed to conduct an investigation into the issue. — Malay Mail