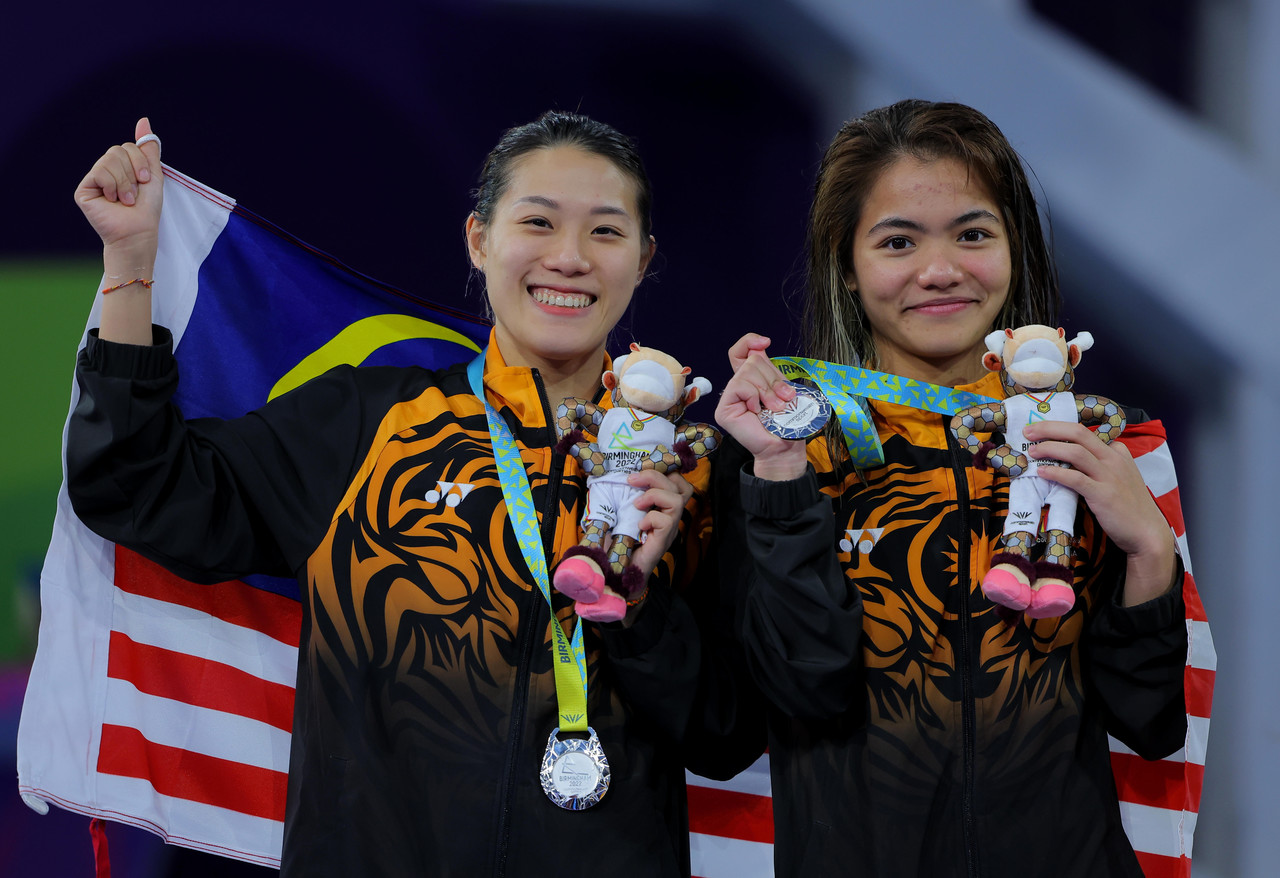 Their scores were quite far from the champions, Maddison Keeney-Anabelle Luce Smith of Australia as the Aussies conquered the event with 316.53 points while bronze went to Canadian pair, Margo Claire Erlam-Mia Jolie Doucet Vallee with 297.00 points.

Speaking to reporters, Wendy, who had participated in three Commonwealth Games editions previously, was elated to land her first Games medal here.

“I am very grateful and proud to have Nur Dhabitah as my partner and we are very proud of ourselves,” she said.

Nur Dhabitah, on the other hand, did not expect that they would emerge as the second best pair in the aforementioned event.

“Our performance was really good today, even in World Aquatics Championships in Budapest, last month it was not like that,” she said.

Nur Dhabitah-Wendy who partnered for the first time in more than a year, scored 282.45 points to finish in sixth place in the Hungary’s meet.

As such, the petite diver hoped Malaysians would keep supporting them in a bid to end their mission here on a high note in Birmingham.

Previous ArticleReport: Kardashian breaks up with comedian boyfriend Davidson
Next Article ‘Never take our gift of sight for granted’